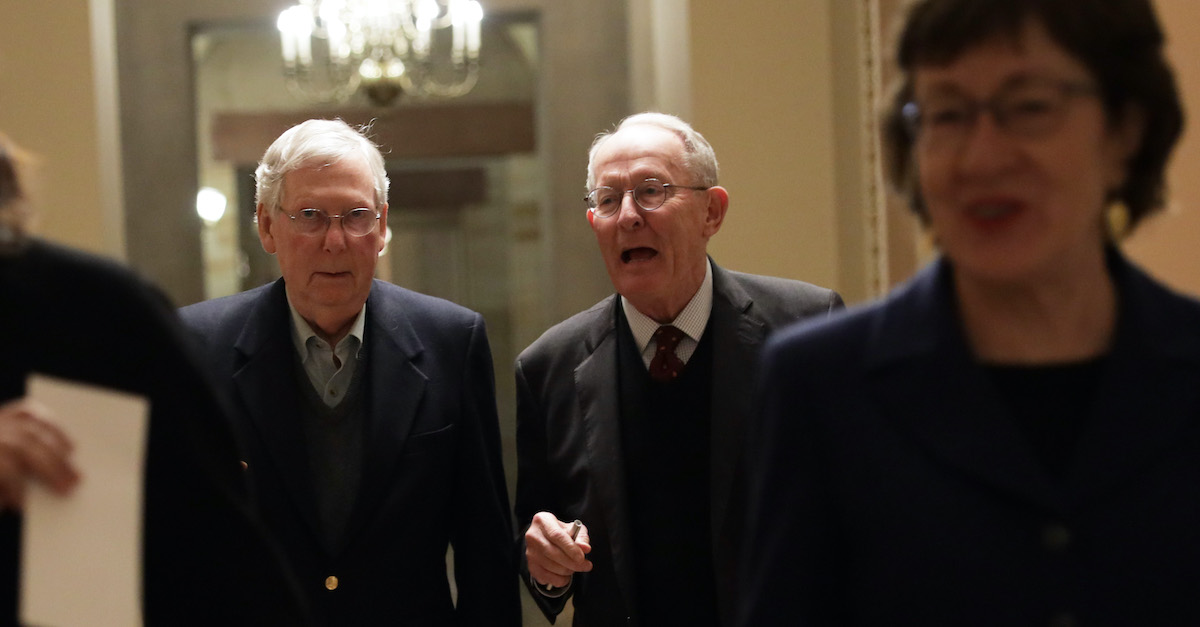 Not long after some were encouraged by incumbent Sen. Susan Collins’ (R-Maine) impeachment-related public statements, Collins has suggested that the timing of the Tuesday document dump–courtesy of indicted Ukrainian-Floridian businessman Lev Parnas and the House Intelligence Committee–was somehow nefarious.

Collins was asked Wednesday by CNN Senior Congressional Correspondent Manu Raju about the latest revelations about efforts to remove former U.S. Ambassador to Ukraine Marie Yovanovitch. Yovanovitch’s movements were watched closely by individuals involved in those efforts, individuals tied to Rudy Giuliani and President Donald Trump. Some are now calling for an investigation of the surveillance.

“I wonder why the House did not put that into the record and it’s only now being revealed,” Collins reportedly told Raju. Raju said that when Collins was told the documents were just turned over she said, “well doesn’t that suggest that the House did an incomplete job then?”

Parnas has long been interested in complying with a House subpoena for his testimony, but things hit a snag after the Giuliani business associate was arrested in Oct. 2019 and indicted in the Southern District of New York on numerous charges related to campaign finance violations. The evidence since-released to Congress was seized by the government in connection with the case, and a federal judge didn’t allow its release until Jan. 3. Congress didn’t receive relevant materials until Sunday Jan. 12 and Monday Jan. 13.

Collins’ comments resulted in a buffet of criticism and reaction. While some called into question whether Collins has been paying much attention to recent relevant events, others said it was just another example that she cannot be trusted.

That answer from Collins doesn’t make much sense at all…

As @MarshallCohen notes this makes little sense. Ex-Trump lawyer Trump lawyers arranged for Parnas said in so-called 'comic sans' letter he couldn't comply with House's request in time, then he was arrested by Trump's DOJ and devices seized. https://t.co/eVCqz7O1oa

The circus is in town…

What about the real story here?

Is it really too much to expect Republican senators to express SOME interest in the apparent stalking of US Ambassador Marie Yovanovitch? Could even Susan Collins muster a little concern?

Why doesn’t Susan Collins care that an American ambassador was stalked and threatened by friends of the president? Why wasn’t she asked that?

Collins simply cannot be counted on to “do the right thing.”

Latest evidence that Susan Collins is not that bright. And should not be counted on to do the right thing even if she knew what that is https://t.co/LBYXyVBaRg

Bad sign of things to come in the Senate?