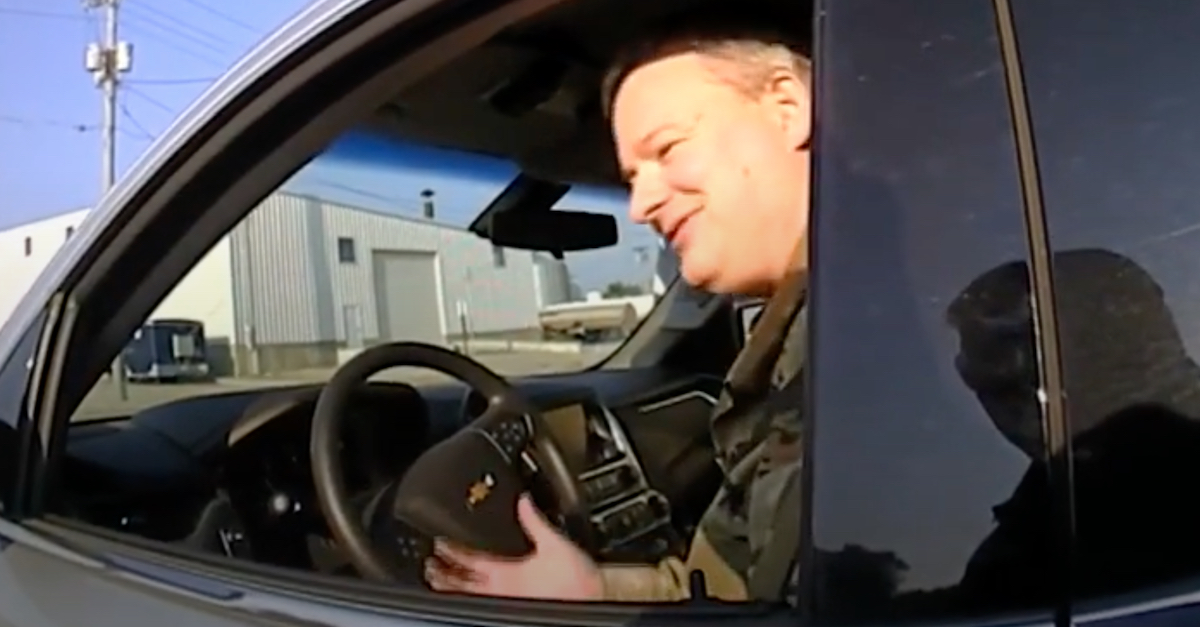 Jason Ravnsborg appears in a traffic stop unrelated to the crash that killed Joseph Boever. A series of videos of Ravnsborg traffic stops was recently released.  (Image via YouTube screengrab.)

After compiling what it called an “extensive record of documentary evidence,” the South Dakota House of Representatives on Tuesday impeached state Attorney General Jason Ravnsborg (R) because of a deadly Sept. 12, 2020 car crash that killed Joseph Boever, 55. The document accuses Ravnsborg of making “numerous misrepresentations and misstatements of fact to law enforcement and the public,” and it also accuses him of having “misused the assets of his office.”

The final vote in favor of impeachment was 36 yes, 31 no; three members of the body were listed as having been “excused” from the vote, according to a vote tally on a state legislative website.

The document lists two separate articles of impeachment. The first accuses Ravnsborg of having committed “crimes causing the death of Joseph Boever,” the man he struck and killed.

(1) On the evening of September 12, 2020, Attorney General Ravnsborg failed to operate his vehicle within its proper lane, crossed outside such lane, diverted his attention from the road, and struck pedestrian and Highmore, South Dakota, resident Joseph Boever;

(2) Joseph Boever died immediately from the collision; and

(3) Attorney General Ravnsborg pleaded no contest and was found guilty of two separate crimes, including illegal lane change, the crime that caused the death of Joseph Boever.

The second article of impeachment accuses Ravnsborg of “malfeasance in office following the death of Joseph Boever,” to wit:

(1) Immediately following the collision, Attorney General Ravnsborg identified himself by his official title and made a direct misrepresentation to the dispatch officer, misleading first responders as to the crime he had just committed;

(2) During the investigation, Attorney General Ravnsborg made numerous misrepresentations and misstatements of fact to law enforcement and to the public regarding his conduct surrounding his criminal acts; and

“[I]t is the sense of the House of Representatives that its sole power of impeachment should only be exercised in grave and exceptional circumstances,” the impeachment resolution also notes. The document says the South Dakota House of Representatives “made a thorough investigation by holding hearings and taking evidence,” and gave Ravnsborg an “opportunity to participate.”

WHEREAS, as a result of his criminal acts and his wrongful deeds, Attorney General Ravnsborg has lost the faith of law enforcement, the executive branch, and the people of South Dakota; and

WHEREAS, it is the sense of the House of Representatives that criminally causing the death of a citizen of the State of South Dakota, committing wrongful deeds following such criminal acts, and losing the faith of law enforcement and the executive branch represent grave and exceptional circumstances meriting impeachment of Attorney General Ravnsborg.

A trial of Ravnsborg will reportedly occur in the state senate by May, television station KELO reported. 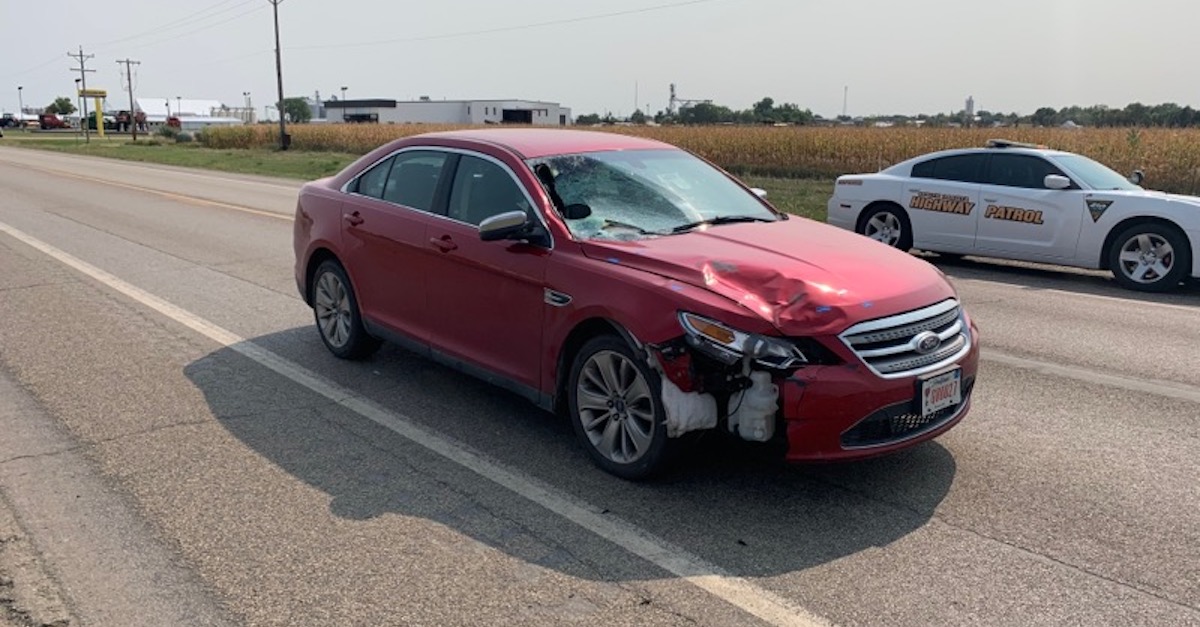 The vote was bipartisan. Twenty-eight Republicans and eight Democrats voted to impeach. The “no” votes and the “excused” votes were all Republicans.

KELO-TV also said “[n]o lawmakers spoke in Ravnsborg’s defense” at a Tuesday impeachment discussion. It added that the resolution needed 36 voted in order to pass, and 36 votes is what it received.

“His attention was not where it ought to have been on the road,” said Rep. Will Mortenson (R-Pierre). Mortenson also noted that being an elected official is a privilege and not a right, according to KELO.

Ravnsborg is the first politician in South Dakota history to be impeached.

The vote came hours after Ravnsborg penned a message to the legislature which urged against impeachment. 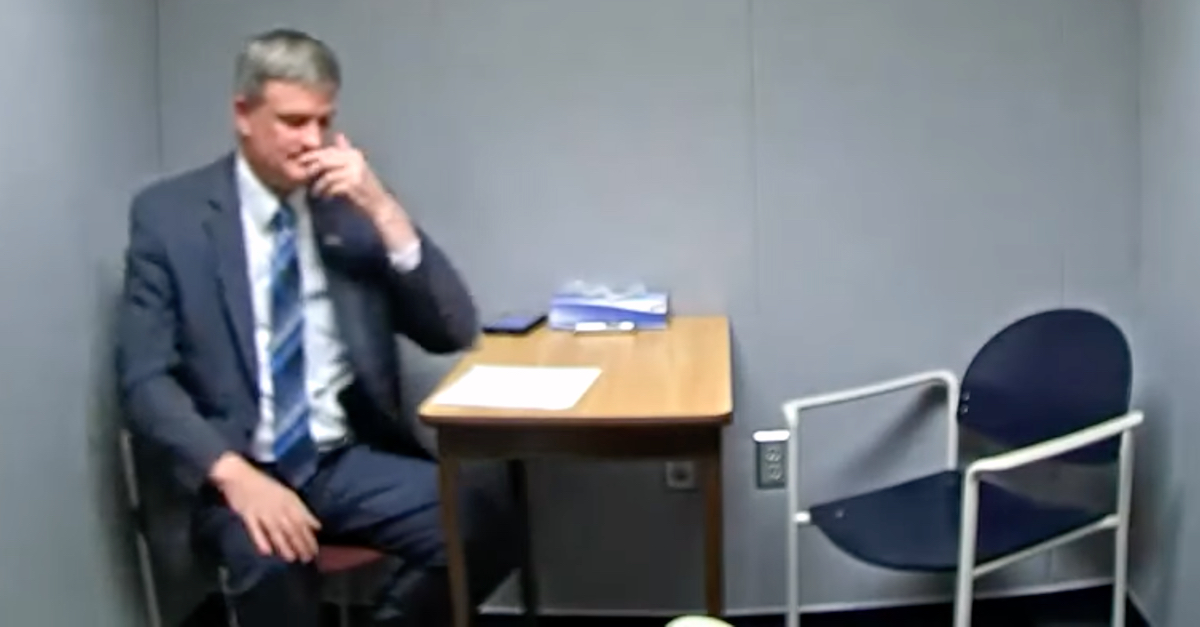 “Some have asked why I have not spoken out about the accident on September 13, 2020,” the statement says.  “I have remained largely quiet about this matter out of respect for the legal process and Mr. Boever’s family. On numerous occasions, I’ve expressed my deep sympathy to the Boever family, both publicly and privately.”

“No state has ever impeached an elected official for a traffic accident,” a portion of the lengthy statement went on.

Ravnsborg also complained that Gov. Kristi Noem (R) had, in his words, “seized and politically weaponized” the crash.

Ravnsborg further said he refused to step aside because doing so would allow Noem to “hand select [his] replacement.”

“I felt it appropriate to stay in office to maintain the checks and balances within the state,” Ravnsborg wrote. He then pointed to his office’s “multiple ongoing investigations into the Governor’s alleged activities and people associated with her.”

He directly accused Noem of having “violated my civil rights and my privacy rights.”

“She broke the law and violated the House of Representatives cease and desist order to taint the evidence and public perception against me,” he alleged.

Ravnsborg also claimed the “judge in my case did not offer me a jury trial.”

“Had I been able to have a jury trial, I would have taken that opportunity,” Ravnsborg wrote. “But after considering the stress on many involved, I chose to plead to these matters so we could all move on and the family would not have to endure them further.”

“I have served three military deployments and over 25 years in our military to defend our rights; I believe I should get to exercise my God-given rights just like all Americans and all South Dakotans,” he added.

With regards to allegations he was looking at conspiracy theories on his phone shortly before the fatal crash, Ravnsborg wrote as follows:

The prosecutors admitted there was no cell phone use at the time of the accident. Therefore, the charge does not seem to apply to impeachment because who among you has never used their cell phone while driving? Cell phone usage was ruled is not right but unrelated to the accident and not the basis for impeachment.

Ravnsborg further argued that a Class 2 misdemeanor was too low of a threshold for an impeachment. He continued:

It has been 576 days since the accident. I mark it on my calendar each day and reflect. I want to say, “I am Sorry”. Every day I think about Joe Boever, a man I had never met, who changed my life forever. I am sorry the family has had to endure this tragedy in so many ways and has been put in the middle of this highly political situation.

Read the impeachment resolution below: