‘He Should Resign or Be Impeached’: AG Barr Slammed on Several Fronts After Explosive Sondland Testimony 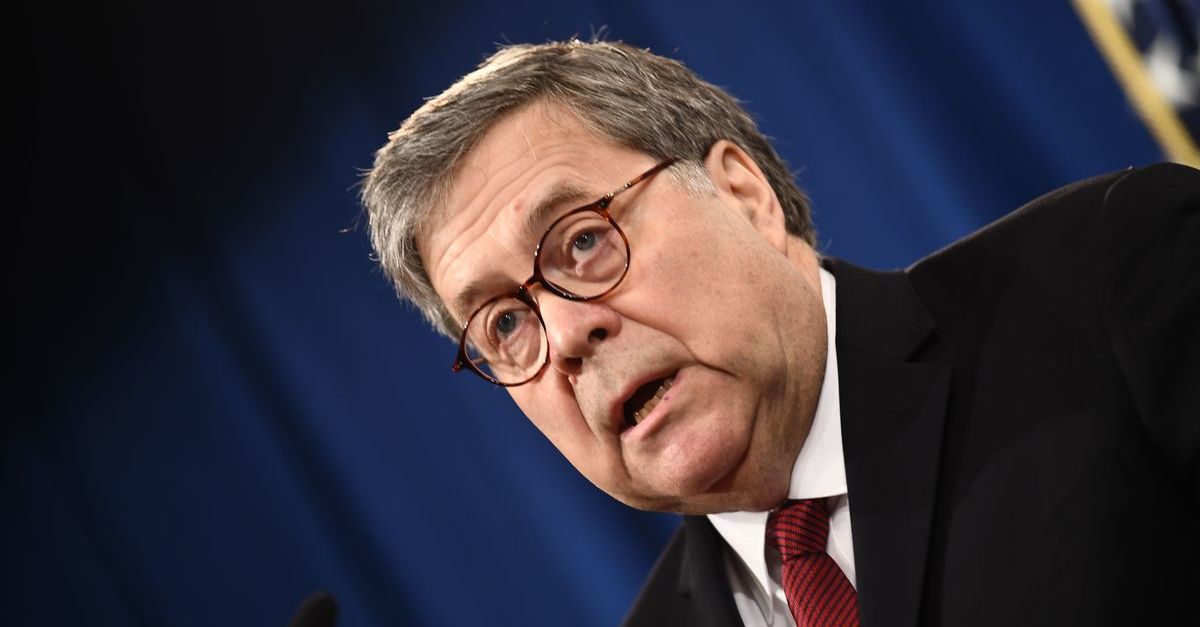 Attorney General Bill Barr‘s alleged ethical failures and apparent conflicts of interest are once again under the spotlight after a landmark day of testimony in the ongoing impeachment hearings being conducted by the U.S. House of Representatives.

Ambassador to the European Union Gordon Sondland effectively neutered several lines of defense being promoted by President Donald Trump and his most ardent defenders. Sondland’s testimony also definitively implicated the 45th president’s personal attorney Rudy Giuliani in the plot to leverage U.S. military aid to the Ukraine for personal favors that would benefit the president’s political fortunes and, perhaps, Giuliani’s own actual fortunes.

We did not want to work with Mr. Giuliani. Simply put, we played the hand we were dealt. We all understood that if we refused to work with Mr. Giuliani, we would lose an important opportunity to cement relations between the United States and Ukraine. So we followed the President’s orders. Second, although we disagreed with the need to involve Mr. Giuliani, we did not believe that his role was improper at the time. As I previously testified, if I had known of all of Mr. Giuliani’s dealings or of his associations with individuals now under criminal indictment, I would not have acquiesced to his participation.

Sondland’s thorough trashing of Giuliani prompted several legal commentators to remark upon Barr’s fitness to neutrally weigh the facts being uncovered in the almost daily onslaught of impeachment-related revelations.

But, and legal observers could not stress this enough, that remains an “if” in an extremely large font size.

People for the American Way Senior Counsel Elliot Mincberg spoke with Law&Crime over the phone and via email–expressing severe doubts about Barr’s impartiality.

The former chief counsel for oversight and investigations of the House Judiciary Committee said the following:

Sondland’s testimony today provides strong evidence that warrants an investigation and possible prosecution of Rudy Giuliani for soliciting foreign interference in U.S. elections and attempted bribery. Unfortunately, it seems highly unlikely that William Barr’s Justice Department will undertake that, unless Barr finally agrees to recuse himself from anything relating to the Ukraine matter.

Others were even more direct on the matter.

“There never should be a question whether the chief law enforcement officer of the United States is a criminal,” federal criminal defense attorney and computer law expert Tor Ekeland said via email when asked about Barr’s ability to deal with Wednesday’s Sondland fallout viz. Giuliani. “With Barr there is. He should resign or be impeached. After all, under his beloved theory of the unitary executive, his actions and the President’s are one.”

And now, a nonprofit, non-partisan government accountability watchdog is reiterating an earlier demand for an investigation into the once-and-current attorney general.

“Barr was directly implicated in the whistleblower complaint from day one of this scandal, but it is clear from today’s testimony that high level admin officials were well aware of Trump’s Ukraine policy,” Citizens for Responsibility and Ethics in Washington (CREW) said on Wednesday afternoon via Twitter. “Barr’s involvement must be investigated.”

At the outset of the complaint, the whistleblower identified President Trump’s personal lawyer, Rudolph Giuliani, “as a central figure in this effort,” and reported that “Attorney General Barr appears to be involved as well.”

“Once again, we have no choice but to question whether Attorney General Barr’s loyalty lies with his responsibility to the American people, or with his political ties to the President and his own self interest,” CREW Executive Director Noah Bookbinder said in a press release at the time. “It should be a no brainer that an Attorney General personally implicated in a complaint should recuse from anything related to that complaint, and Barr’s apparent failure to do so severely undermines the Justice Department’s ability to enforce the law with integrity and independence.”