Texts Show Woman Accused of Urging Boyfriend to Kill Himself Tried to Talk Him Out of It: PR Firm 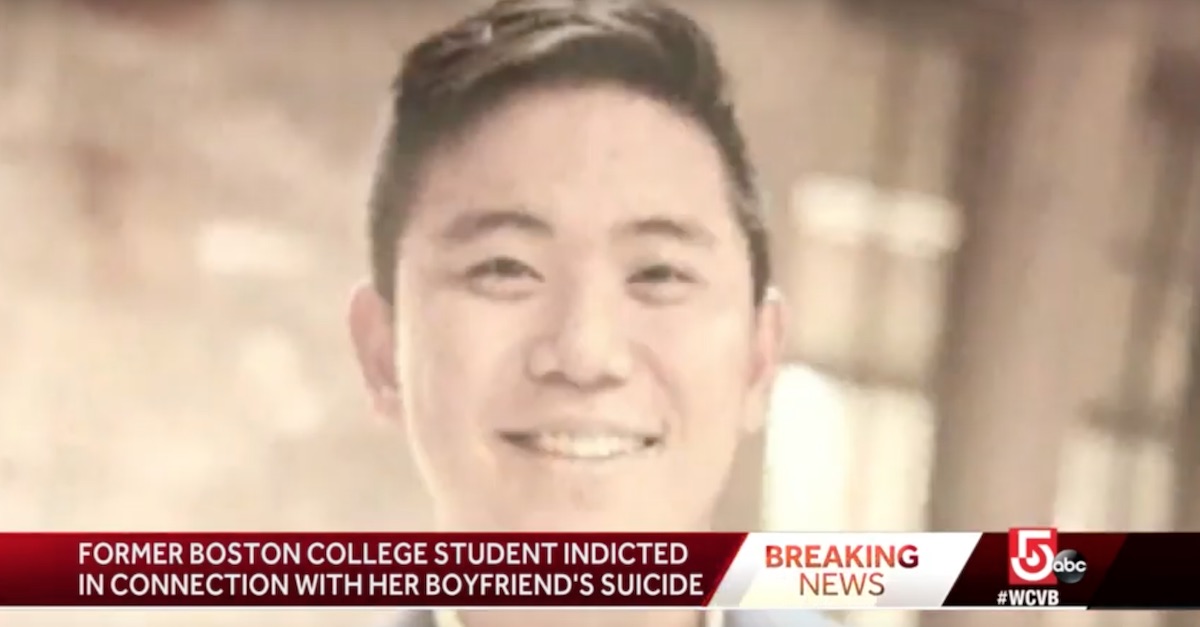 Representatives for Inyoung You, the former Boston College student who allegedly encouraged her 22-year-old boyfriend Alexander Urtula to take his own life, say she intends to argue in court that she actually tried to convince him not to take his life before he did so.

This exchange ostensibly shows You trying to talk Urtula out of suicide:

You began typing in all capital letters and misspelling words.

“I did love you just not well enough,” Urtula wrote. “Good bye.”

“You’ll have everything once I’m gone,” he replied.

If there’s anything defense and prosecution would agree on, it’s that text messages are playing a huge role in this case.

The Suffolk County District Attorney charged You last month for involuntary manslaughter. They say she was there when Urtula jumped to his death at the Renaissance parking garage in Roxbury, Masschusetts.

She wrote more than 47,000 of the 75,000 text messages exchanged between the couple in the two months ahead of his passing, authorities said. As may be expected, the state painted a very different picture of the defendant than the one shown via her spokespeople.

“Many of the messages display the power dynamic of the relationship, wherein Ms. You made demands and threats with the understanding that she had complete and total control over Mr. Urtula both mentally and emotionally,” prosecutors wrote. She told him repeatedly to “kill himself” or “go die.”

“The investigation revealed Ms. You used manipulative attempts and threats of self-harm to control Mr. Urtula and isolate him from friends and family,” prosecutors wrote. “It also found that Ms. You was aware of his spiraling depression and suicidal thoughts brought on by her abuse. Even still, she continued to encourage Mr. Urtula to take his own life.”

District attorney’s office spokesman Matthew Brelis told the Globe they won’t comment further about the texts released by the PR firm, but added that more evidence will be shown at the arraignment and during the course of the case.