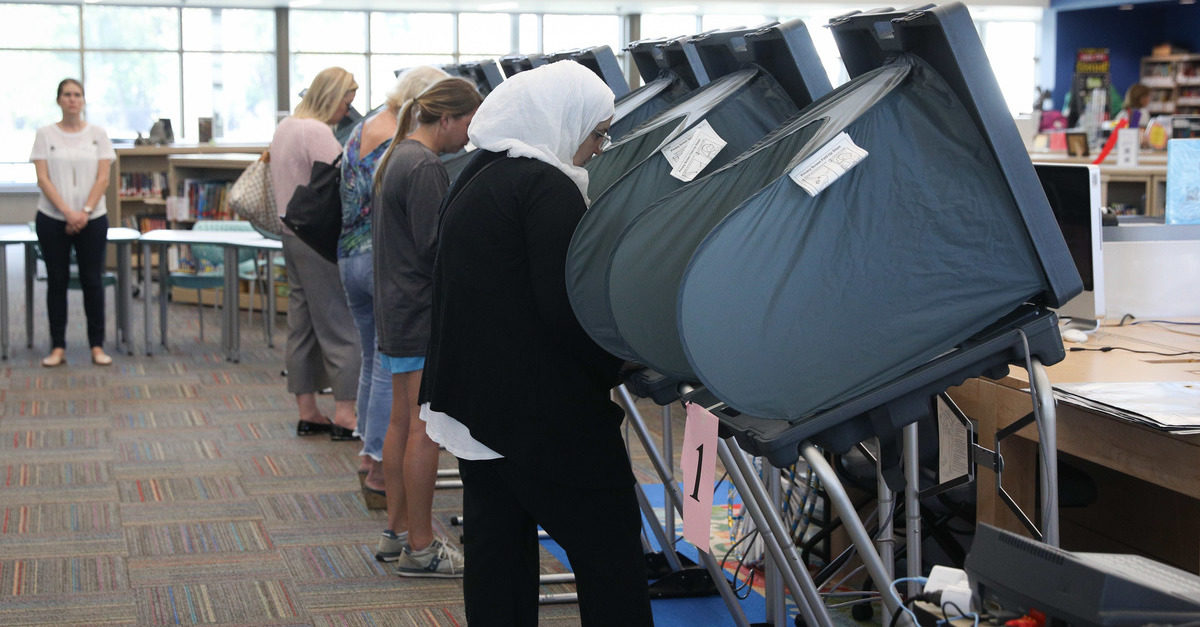 The three-judge panel halted the voter purge until the controversy can be fully adjudicated. It happened just one day after Wisconsin Circuit Judge Paul Malloy found the Wisconsin Elections Commission and its three Democratic members in contempt of court for failing to obey his December order to remove the names from the voting rolls, according to the Associated Press. Malloy also ordered the three commissioners to be fined $250 per day until the voter rolls complied with his ruling.

The ultimate outcome in the case could have a significant impact on the 2020 presidential election, as Wisconsin is a critical swing state President Donald Trump won in 2016 by only 22,748 votes — less than one percentage point.

The controversy arose in October when the state Election Commission sent letters to approximately 234,000 voters the commission believed had moved to a new address. The letters requested those voters that had moved to update their registration accordingly, and asked those who had not moved to inform their local election officials that their residence remained the same.

Recipients who failed to respond to the commission’s letter were originally slated to be removed from voter rolls in 2021. However, a conservative law firm called the Wisconsin Institute for Law and Liberty filed a lawsuit claiming the state was legally required to remove the names of non-respondents within 30 days of receiving the commission’s mailing.

Malloy ruled that state law required those voters who failed to respond to be purged from voter rolls within 30 days.

Tuesday’s ruling likely means that any eventual purge of Wisconsin’s voter registration rolls would not occur until after the 2020 presidential election. The state also has a number of other elections on the horizon such as the primaries to fill a seat on the state Supreme Court and a special election for the House of Representatives.

President Trump is also in the state on Tuesday. A campaign rally in Milwaukee is scheduled for later in the evening.