Harvard Law Prof Sues NYT Over Epstein-Related Statements, But Will the Lawsuit Succeed? 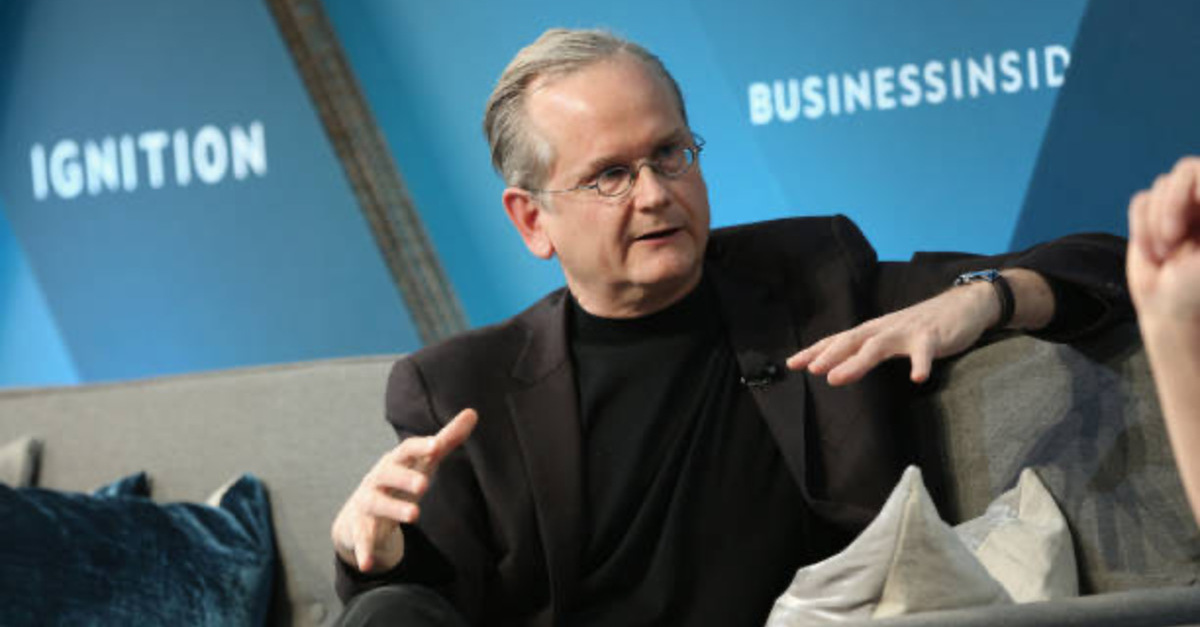 Harvard Law Professor Lawrence Lessig filed a defamation lawsuit against the New York Times on Monday over the liberal media outlet’s coverage of the Jeffrey Epstein affair. Will the lawsuit succeed?

At issue are several statements in which Lessig appeared to express sympathy for an MIT employee who had a financial relationship with the now-deceased pedophile and alleged sex trafficker. Lessig’s concern did not extend to Epstein himself but was, rather, focused on Joichi Ito, the onetime director of the Massachusetts Institute of Technology’s (MIT) Media Lab. Ito eventually resigned after a $750,000 donation from Epstein for the lab received attention far and wide.

The Sept. 2019 Times article ran with the screaming headline: “A Harvard Professor Doubles Down: If You Take Epstein’s Money, Do It in Secret,” and was released roughly one month after Epstein’s suspicious death—officially deemed a suicide by hanging—inside his unwatched cell at Manhattan’s Metropolitan Correctional Center.

Here’s how that article begins:

It is hard to defend soliciting donations from the convicted sex offender Jeffrey Epstein. But Lawrence Lessig, a Harvard Law professor, has been trying.

Lessig claims the coverage of his statements by the Times was sensational and “false.”

“This title and lede are false,” Lessig argued in a separate Medium post. “Yet I’ve found — in the months since this was published, facing the endless attacks I get in person and online—that the challenge is to focus anyone’s attention enough long to see just why they are plainly false. Offering a tweet-length proof that a perfectly tweetable headline is flatly false is not, it turns out, simple.”

According to the lawsuit [emphasis in original]:

[The Times’] story was based upon an essay that Lessig had published on Medium and two interviews conducted with Lessig. [The Times] published their headline and lede despite their both being the exact opposite of what Lessig had written and despite being expressly told by Lessig pre-publication that they were contrary to what he had written. When Lessig brought the matter to [the Times] attention post-publication, they refused to remove or edit their headline or lede to reflect the truth.

“[The Times’] behavior here are part of a growing journalistic culture of clickbaiting: the use of a shocking headline and/or lede to entice readers to click on a particular article, irrespective of the truth of the headline,” the lawsuit continues a bit later on. “Defendants are fully aware that many, if not most, readers never read past the clickbait and that their takeaway concerning the target of the headline is limited to what they read in the headline.”

The rapid reaction to Lessig’s lawsuit among other legal professionals has been largely negative.

Notably, "a compelling case he was wronged by the Times" is a wholly different standard than "a defamation lawsuit capable of surviving under the light of the last more-than-half-century of precedent"

Larry Lessig is going to lose this lawsuit https://t.co/Twhuz7Rh1n

Lessig's lawsuit – I've got some thoughts.

tl:dr – It's a SLAPP. Lessig is a powerful person. He should know that the suit is meritless. He is targeting not just the NY Times, but several individuals involved in the article.

It's a despicable suit.

“The lawsuit is really a stretch under current law,” Dave Heller, the deputy director of the Media Law Resource Center, told Law&Crime’s sister publication Mediaite in an earlier story. “A court will typically look at headline and article together—not in isolation—so even if you have a misleading or one-sided headline if that impression is corrected in the body of the article there can be no defamation claim.”

George Washington University Law Prof. Jonathan Turley wrote that “[w]hile there may be more offered in litigation, the lawsuit on its face seems dubious in establishing that the New York Times ran ‘false and defamatory’ information for him as ‘clickbait’ for readers.”

Other critics contrasted Lessig’s longstanding views on intellectual property with the defamation lawsuit:

This is kind of funny..Lessig, sounder of Creative Commons, who thinks the copyright law is anti free speech, sues the NYT for defamation…did anyone not tell him, he's a public figure? https://t.co/aTEdVmYbrl

Incredibly frustrated and disappointed that I need to write this about @lessig, who is someone I admire and have learned so much from over the years. But his new lawsuit is bad and dangerous. https://t.co/Ht0RVce2wo

The major issue in most any defamation lawsuit noteworthy enough to be written about is the fact that the plaintiff in this case is a public figure. Due to Lessig’s almost legendary status as an internet personality, legal scholar, philosopher and activist, the standard he’ll have to meet is known as “actual malice.” That standard is a legal term of art which means Lessig would have to show the Times actually knew—or was alerted to—the inaccuracy of what they published before doing so.

Lessig says he has evidence of exactly that. In that Monday interview with Mediaite, Lessig said: “The evidence will show that I had alerted [the Times] to the potential problem in their lede before it was published, and certainly immediately after it was published. The ongoing publication creates an ongoing obligation to track the truth.”

Law&Crime reached out to Lessig as well. In response to a general inquiry, the Harvard professor linked to a website called clickbaitdefamation.org—which briefly lays out his case—as well as Twitter thread compiled here which he said is meant to complement the website. There’s also a lengthier explanation of the lawsuit here.

The New York Times, for its part, said it intends to fight back “vigorously.”

For the full complaint, see below: