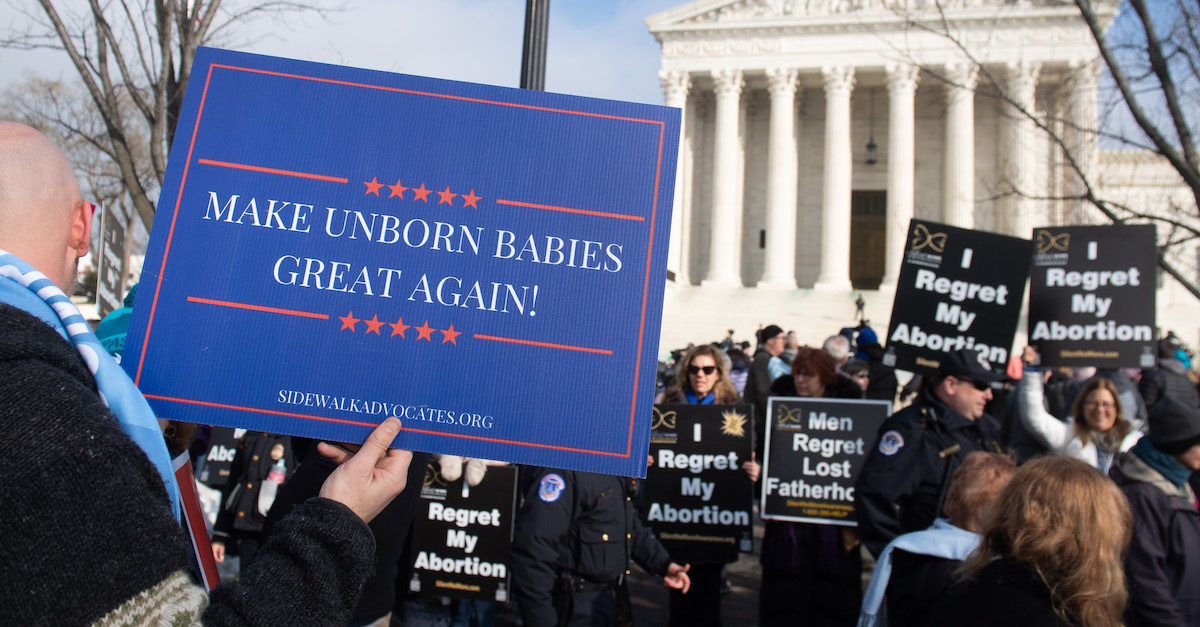 The Supreme Court upheld an Indiana state law on Tuesday requiring the burial or cremation of fetal remains while sidestepping the larger abortion debate by declining to reinstate the law’s stringent abortion restrictions. While a full decision on abortion was not issued, Justice Clarence Thomas weighed in and agreed that the court was right not to take up this particular provision at this time. However, Thomas also said that the justices “soon need to confront” the abortion issue.

“Although the Court declines to wade into these issues today, we cannot avoid them forever,” Thomas wrote. “Having created the constitutional right to an abortion, this court is duty bound to address its scope. In that regard, it is easy to understand why the District Court and the Seventh Circuit looked to Casey to resolve a question it did not address. Where else could they turn? The Constitution itself is silent on abortion.”

The Indiana law was passed in 2016 by then-Governor Mike Pence and barred all abortions sought solely on the basis of the fetus’ sex, race, or disability diagnosis, while also requiring all abortion providers to bury or cremate fetal remains. In response to the law, Planned Parenthood filed a lawsuit claiming that the law imposed an unconstitutional restriction on abortion rights, a view lower federal courts agreed with (initially blocking the law from taking effect).

The court’s two-part Tuesday decision in Box v. Planned Parenthood of Indiana and Kentucky, was unsigned and made without oral argument or briefing on the merits of the case. Per standard procedure, the court gave no reason for declining to hear the case.

First, in upholding the law’s burial or cremation requirement, the court reasoned that Indiana retained “a legitimate interest in proper disposal of fetal remains,” but noted that the decision “does not implicate our cases applying the undue burden test to abortion regulations.”

In the second issue before the court, the justices denied review of a lower federal court’s ruling which blocked a key provision of the law banning abortions that were motivated solely because of fetal characteristics such as race, sex, or disability.

In not taking up full review of the case, the justices noted that they were not expressing any views on the merits of underlying abortion debate, though Justices Ruth Bader Ginsburg and Sonia Sotomayor both dissented from the decision, voicing their disagreement with the court and saying they would have denied review of both issues presented in the case.