Washington Post Reporter Sues the Newsroom and Marty Baron for Discrimination, Claiming She Was ‘Punished’ After Sexual Assault Disclosure 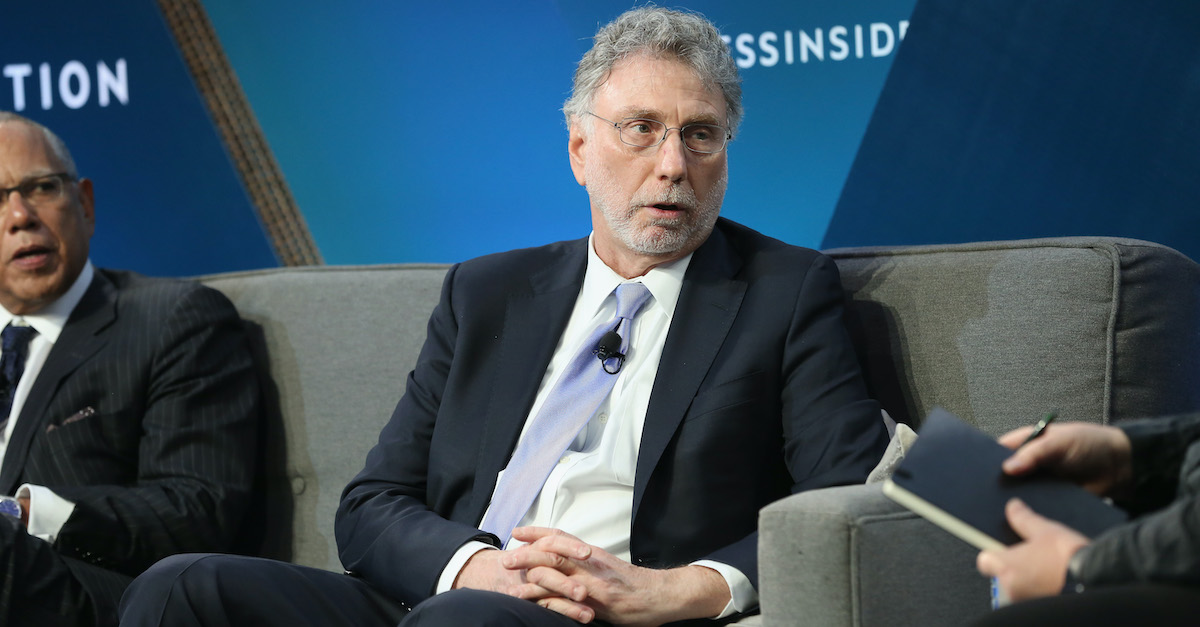 The longstanding and public fight between the Washington Post and a reporter allegedly barred from covering #MeToo-adjacent stories after she declared herself a sexual assault survivor spilled into court on Thursday.

“Not all survivors publicly share their stories,” Sonmez noted in a statement. “But all survivors of trauma, including sexual assault, deserve the full support of their newsrooms. They should never have to fear that they will be punished, silenced or barred from doing their jobs because of what was done to them.”

Sonmez, a national political reporter for the paper, claims that she was kept away from some of the most high-profile stories on her beat after announcing that the Los Angeles Times ex-Beijing bureau chief Jonathan Kaiman sexually assaulted her in 2017.

She decided to go public after another woman, Texas-based law student Laura Tucker, wrote a Medium post with similar allegations against Kaiman. Those claims ultimately led to Kaiman’s resignation in 2018.

Amid the ensuing media coverage of Kaiman’s resignation, Sonmez says that she issued a statement on the matter that she says was approved by the Post, Baron and the other defendants: editors Cameron Barr, Tracy Grant, Steven Ginsberg, Lori Montgomery and Peter Wallsten.

“The day she issued her statement, her editors canceled her appearance on a nationally televised news program and banned her from covering one of the most prominent stories of 2018 — Christine Blasey Ford’s accusations against Brett Kavanaugh,” the lawsuit states.

The newsroom claimed that Ford’s allegations were “too similar” to Sonmez’s story, a decision that ignited persistent debate throughout the news industry about sexism, the personal experiences of reporters and the journalistic norm of dispassionate coverage.

Sonmez noted that a similar dynamic played out last year after NBA star Kobe Bryant and his 13-year-old daughter Gianna Bryant died in a helicopter crash.

Reacting to the news, Sonmez posted a tweet—without commentary—sharing a Daily Beast news story about Bryant’s sexual assault case. She then responded to the swift Twitter reaction to her tweet. 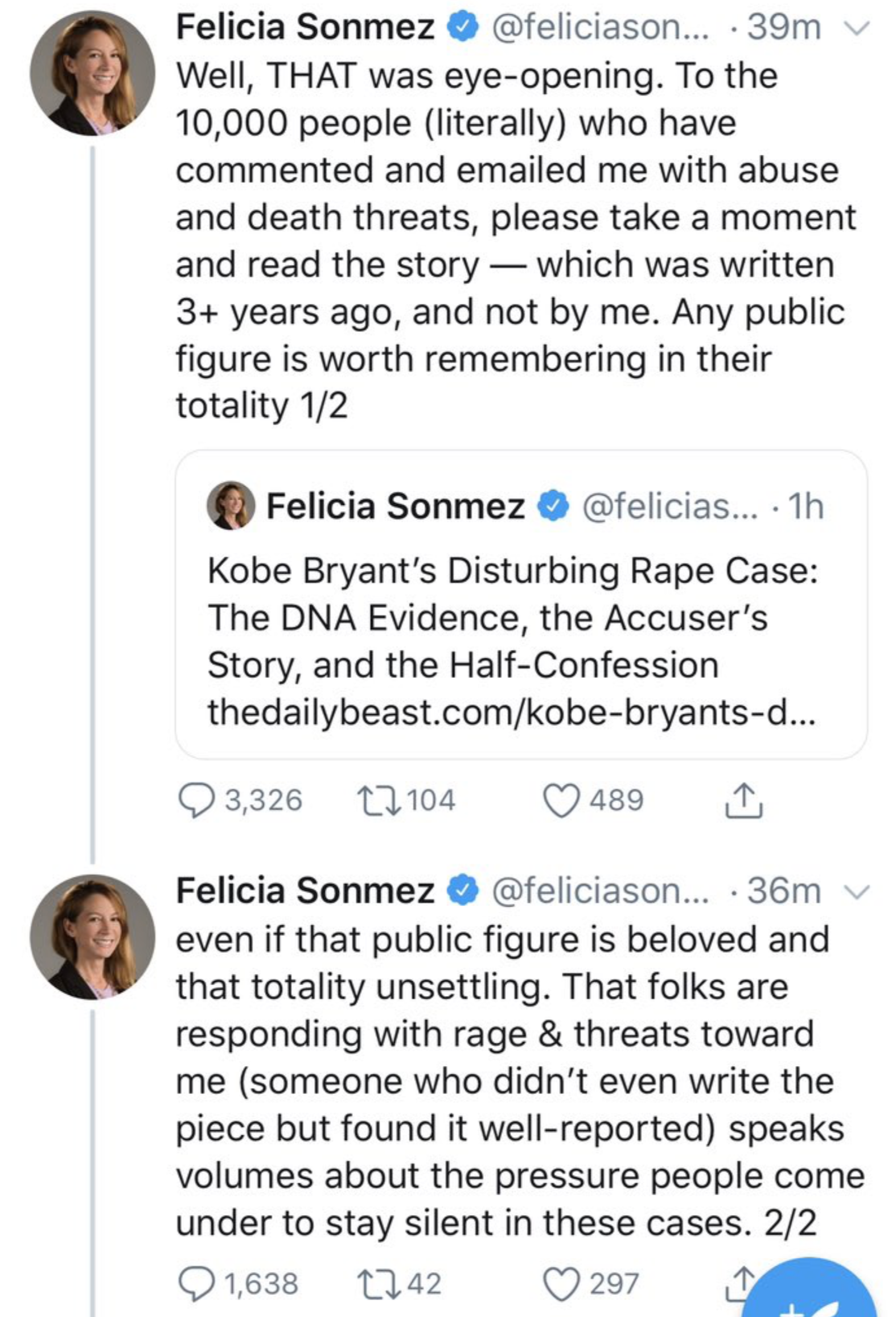 Sonmez says that her personal information was released and that she received “rape and death threats” in the aftermath of the tweets, which she deleted.

“Rather than come to her aid, her editors suspended her and publicly disparaged her,” the lawsuit states. “And unlike other reporters who faced similar online threats and abuse, Ms. Sonmez had to repeatedly beg her editors to provide security for her as she moved to a hotel for her protection.”

Sonmez slammed her newsroom for the “coverage bans.”

“They took away my ability to decide what stories I was capable of covering,” she said. “Their actions retraumatized and humiliated me by forcing me to relive my assault at work, over and over, whenever news broke and a colleague would ask why I wasn’t allowed to cover a story.”

“I told my editors of the harm their actions were causing, but they dismissed my concerns and refused to lift the ban,” her statement continues. “They only changed course when I publicly pleaded for them to do so. Their actions do a disservice to Washington Post readers and send a chilling message to all female journalists: Stay silent about your assault, or your career is on the line.”

“Ms. Sonmez was more than capable of performing her duties. Her objectivity and ability to write on a story, any story, was never in doubt. Still, the Post and its editors chose to treat her differently because she is a woman and a victim of a sexual offense. This is unlawful under D.C. law. I admire her for her bravery in seeking to hold the Post and its editors accountable,” Hora said.

The Post‘s current executive editor did not immediately respond to an email requesting comment.