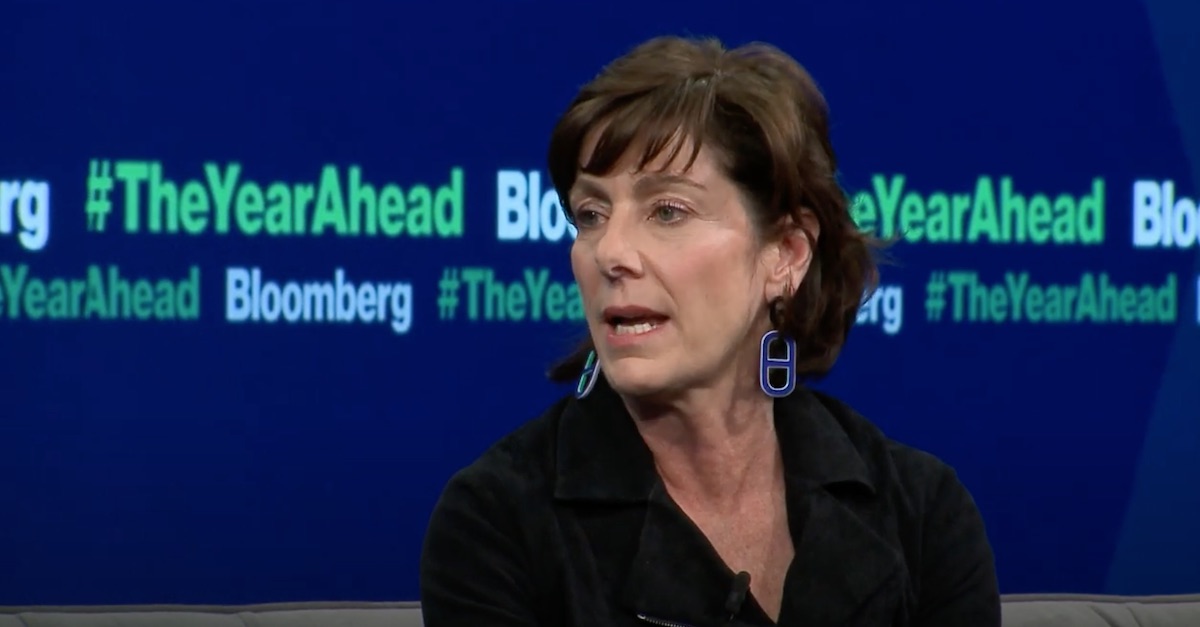 The NFL franchise soon to be formerly known as the Washington Redskins hired high-powered attorney Beth Wilkinson to  independently “review” what we now know is a massive sexual harassment scandal involving top officials in the organization.

Wilkinson, who famously represented Supreme Court Brett Kavanaugh after sexual assault allegations were raised during confirmation hearings in 2018, will “conduct a thorough independent review of this entire matter and help the team set new employee standards for the future,” the team announced in a statement to the Washington Post on Thursday.

“This entire matter” refers to the long-anticipated reporting in the Post on allegations made by numerous women about a “toxic” culture of harassment.

Emily Applegate, a 31-year-old former employee—and 14 other women who spoke with the newspaper “on the condition of anonymity citing a fear of litigation, as some signed nondisclosure agreements with the team that threaten legal retribution if they speak negatively about the club”—have alleged that they were subjected to relentless sexual harassment and verbal abuse by top Washington Redskins employees.

Michael, accused of making “always objectifying” and “always derogatory” comments about female co-workers, retired on Wednesday. Santos and Mann II were each fired last week. Now we have a much better idea about why that was:

Santos, the club’s director of pro personnel, was accused by six former employees and two reporters who covered the team of making inappropriate remarks about their bodies and asking them if they were romantically interested in him. In 2019, Santos was the subject of an internal investigation after Rhiannon Walker, a reporter for The Athletic, informed club management Santos had pinched her, told her she had “an ass like a wagon,” and repeatedly asked her to date him, Walker said in an interview with The Post. Nora Princiotti, a reporter for The Ringer who formerly covered the team, also said in an interview that she was harassed by Santos. Santos, who was fired this past week, declined to comment.

Richard Mann II, assistant director of pro personnel, who in one text message obtained by the The Post told a female employee he and his colleagues debated whether her breasts had been surgically enhanced and in another text message told another female employee to expect an “inappropriate hug … And don’t worry that will be a stapler in my pocket, nothing else.” Mann, who also was fired last week, declined to comment.

Greene, who had worked for the franchise for 17 years, exited under the cloud of the topless cheerleader photoshoot/nightclub escort scandal of 2018. From the New York Times at the time:

The nine cheerleaders picked to escort the sponsors to a nightclub boarded a hotel van without any Redskins management. When they showed up at the club, it was dark and nearly empty, several of them said. But the men who had requested them were there.

“The issue was that management seemed to condone all of this,” one cheerleader who was there said.

Applegate and five former employees claimed that Greene made inappropriate comments in the workplace, “pressured” female sales employees to wear revealing clothes, and suggested the women flirt with wealthy clients.

Applegate accused Gershman of being verbally abusive of sexually harassing her.

Unlike the other men, Gershman commented on the record in response to the Post’s inquiry.

“I barely even remember who she is,” Gershman said of Applegate.

“I thought the Redskins was a great place to work,” Gershman said, adding, “I would apologize to anyone who thought that I was verbally abusive.”

Applegate said Gershman would call her “stupid” for printing something incorrectly or go off on an extended tirade, “screaming at how fucking incompetent I was for not giving him proper directions” to a restaurant.

Gershman, who stopped working for the franchise in 2015, told the Post, “I can’t comment on something that I can’t remember.”

Applegate said she and other women tolerated the above-described toxic work environment because they “knew if we complained — and they reminded us of this — there were 1,000 people out there who would take our job in a heartbeat.”

Wilkinson, you may know, has been representing U.S. District Judge Emmet Sullivan in the Michael Flynn matter at the U.S. Court of Appeals for the District of Columbia Circuit. Most recently, Wilkinson asked the full court to rehear her case against granting Flynn a writ of mandamus. The circuit court responded by halting a three-judge panel’s order for Sullivan to dismiss the Flynn case. That will be the status of the case “pending disposition of the petition for rehearing en banc.”