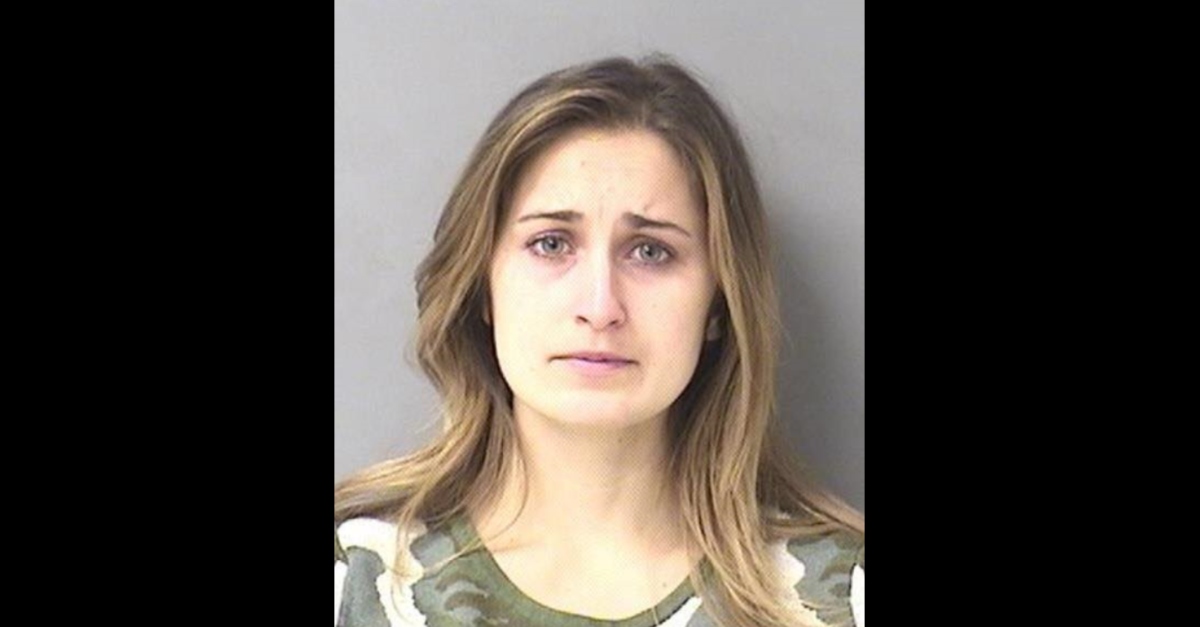 Ramsey BethAnn Bearse, 29, of West Virginia, was sentenced on Tuesday for exchanging sexual photos with a teenage boy who was also a former student. The defendant was previously known as Ramsey Carpenter, Miss Kentucky 2014.

The defendant received a two-year sentence on Tuesday, must spend 10 years of supervised release, and has to register as a sex offender for life, Kanawha Assistant Prosecutor Meshell Jarrett said, according to The Associated Press. The Kanawha County school district said she is no longer an employee.

Bearse was charged in 2018 and pleaded guilty last December to a count of possession of material depicting minors in sexually explicit conduct.

She sent obscene photographs of herself to a 15-year-old now-former student at Andrew Jackson Middle School. Bearse said that the teen’s name was next to her husband’s on her phone and that she accidentally sent the first picture of herself to the teen instead of to her spouse. She claimed the boy demanded more pictures; she complied by sending at least four topless photos via Snapchat because she was “afraid to not appease him.” Things escalated to the student sending her a photo of his private parts, she said.

“I didn’t keep any of the photos of him or forward them to anyone else,” she said at her plea hearing, according to WKYT. “But I did receive them and I did compliment him in a way which made it look like I did want them because, again, I was afraid to not appease him. Since I am the adult and he is just a teenager, it was definitely my fault, and I accept the blame for the situation.”