USA Gymnastics Wishes Simone Biles a Happy Birthday, And This Pretty Much Goes as Badly as Possible 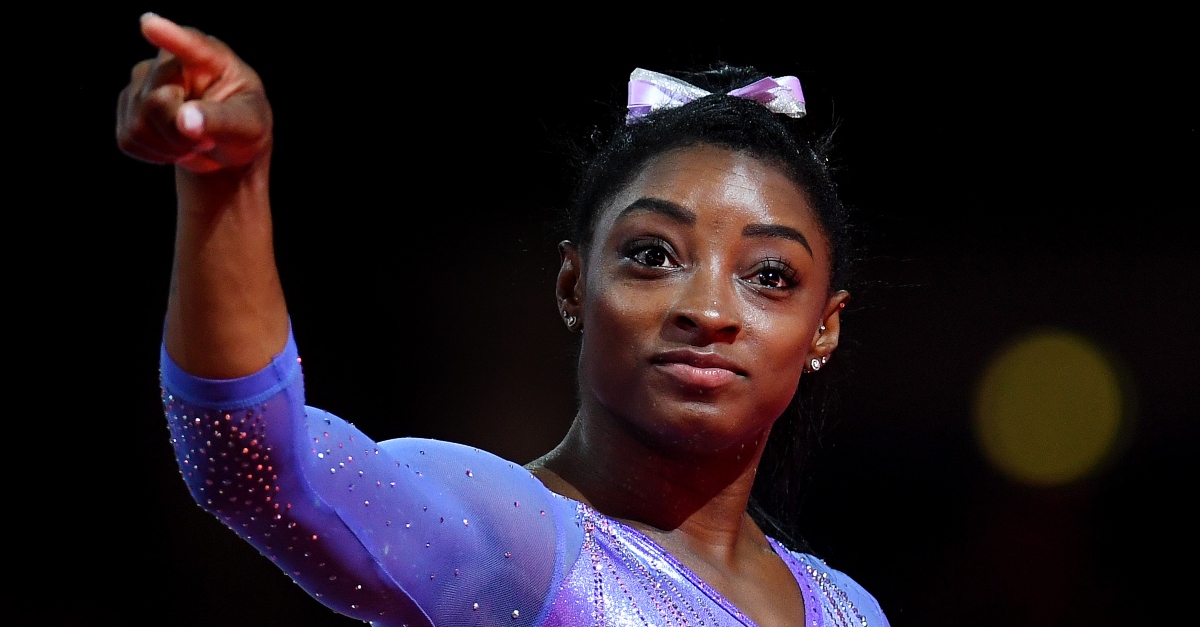 It’s pretty normal to wish someone a happy birthday. It’s another matter completely when that person is Olympic gold medalist Simone Biles, you’re behind the USA Gymnastics twitter account, and everyone still has to deal with the continuing fallout from the Larry Nassar abuse scandal.

HAPPY BIRTHDAY to the most decorated gymnast of all time, @simonebiles! We know you will only continue to amaze us and make history! ✨🎉🥇👑 pic.twitter.com/Z8eW4fsC4s

This sounds all well and good, but Biles, who turned 23 on Saturday, slapped down the happy birthday tweet, and called again for an independent investigation into the abuse committed by Nassar.

how about you amaze me and do the right thing… have an independent investigation https://t.co/58Gc9QUk76

A multitude of women and girls, including Biles, say that Nassar–a former doctor at USA Gymnastics and Michigan State University–sexually abused them. Most of the incidents that were described happened during usually during what were supposed to be legitimate medical procedures. The defendant pleaded guilty to abuse charges in two Michigan courts, and in a federal child pornography case. The 56-year-old didn’t get a life sentence, but the actual punishments were so long that he might as well have.

But the case was more than about Nassar. It was about the abuse survivors, and it was about the colleagues accused of turning a blind eye to what happened. This scandal nearly sunk USA Gymnastics. Biles and other women who spoke out against Nassar–including gold medal gymnast Aly Raisman–aren’t letting it go, and have accused the organization of covering its back at the expense of the abuse survivors. Guess who is a fan of Biles’s response to the birthday tweet.

“We have fully cooperated with all investigative bodies, including by producing information that they have requested,” they said in a statement. “A total of six investigations have been led by Ropes & Gray (an independent law firm), several congressional committees, the Indiana Attorney General, and Walker County, Texas; and we will continue to cooperate. We are deeply committed to learning from these investigations, and finding ways to prevent abuse in the future. At the same time, we must respect the confidentiality and integrity of the mediation and SafeSport processes. We would welcome the opportunity to continue mediation and discussing how to best resolve the survivors’ claims.”

The organization previously responded to criticism from Biles and Raisman, who blasted a proposed settlement that would’ve released certain high-ranking officials from liability. The proposal also lacked methods to figure out who knew about and covered up the Nassar abuse.

“We are deeply committed to learning from these investigations, and finding ways to prevent abuse in the future,” they said, according to The Washington Post in a February 29 report. “At the same time, we must respect the confidentiality and integrity of the mediation and SafeSport processes. We would welcome the opportunity to continue mediation and discussing how to best resolve the survivors’ claims.”

Anyway, it’s worth mentioning that USA Gymnastics didn’t even tag the right account for their birthday wishes. From Jacob Denhollander, husband of Rachael Denhollander, who was the first woman to publicly speak out against Nassar:

I just noticed – @USAGym is so incompetent they can’t even tag the right @Simone_Biles in a birthday post. They really are the worst.