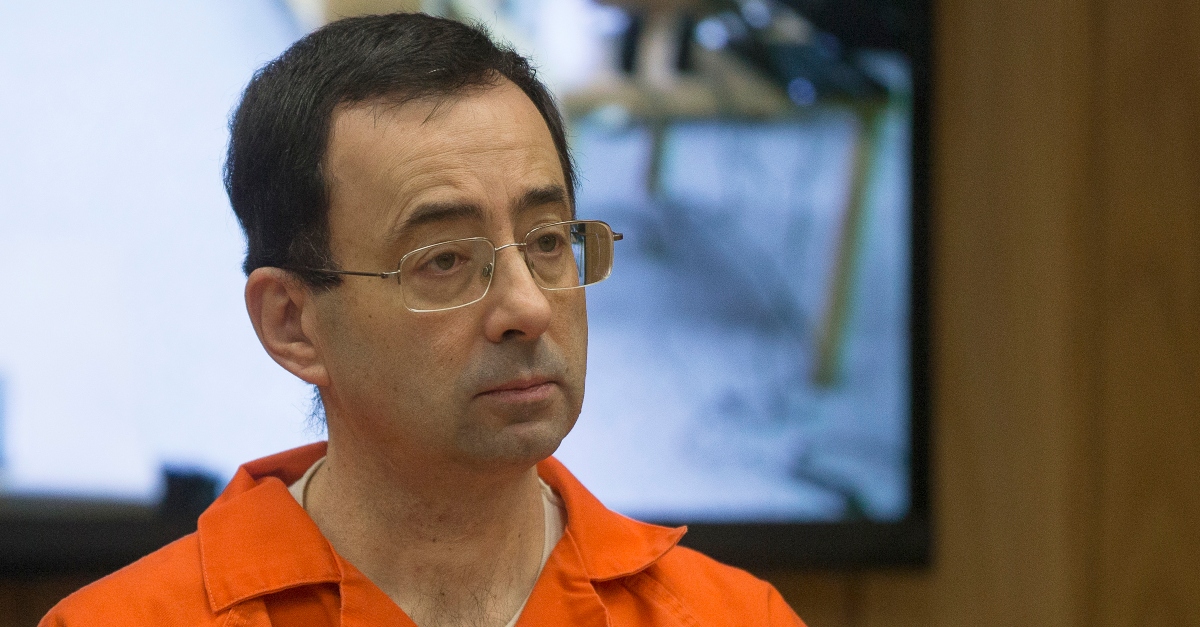 The sexual abuse cases against Larry Nassar were about more than holding him accountable for his serially criminal behavior. They also shined a light on the institutions that allegedly turned a blind eye toward Nassar’s abuse of women and girls while he worked as a doctor for USA Gymnastics and Michigan State University. A proposed settlement for a multitude of lawsuits is adding fuel to the controversy.

The proposed settlement would release certain high-ranking former USA Gymnastics officials from liability, and didn’t address ways to figure out who knew about and covered up the doctor’s behavior, according to The Washington Post.

And don’t THEY also want to know HOW everything was allowed to happen and WHO let it happen so it NEVER HAPPENS AGAIN? Shouldn’t people be held accountable? Who do I ask??? I’m torn at this point….

“I’m with you Simone,” Denhollander wrote. “Your character and courage is far above the leadership of either organization. Sponsors of these organizations need to know that the worst thing they can do for survivors, athletes and the next generation, is to keep these broken organizations alive.”

Officials like former USA Gymnastics president Steve Penny, and former coaches Martha and Béla Károlyi would be released from liability under the proposed settlement.

“The problem is USAG & USOC don’t want anyone to know. This is a massive cover up,” Raisman wrote in reply to one of Biles’s tweets. “The only way for anyone to know what really happened is if someone forces them to release ALL documents & data to investigate. HOW CAN WE MAKE THIS HAPPEN?”

She called the proposed settlement “offensive” in an interview with TODAY.

“It shows they don’t care,” Raisman said. “They’re just trying to push it under the rug and hoping people will forget about it when they watch the Olympics this summer.”

USA Gymnastics has commented on the statements from Biles and Raisman. They told the Post they cooperated with investigators.

“We are deeply committed to learning from these investigations, and finding ways to prevent abuse in the future,” they said. “At the same time, we must respect the confidentiality and integrity of the mediation and SafeSport processes. We would welcome the opportunity to continue mediation and discussing how to best resolve the survivors’ claims.”