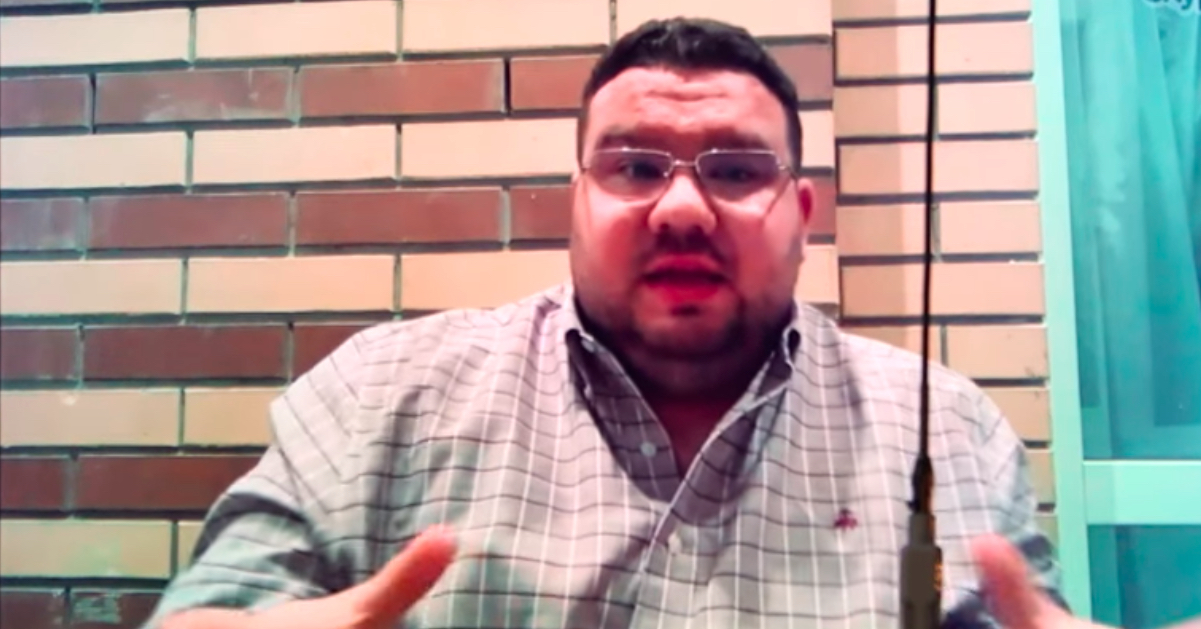 Chairman of the Senate Homeland Security Committee Sen. Ron Johnson (R-Wisc.) on Wednesday abruptly cancelled a scheduled vote to subpoena former Ukrainian diplomat Andrii Telizhenko as part of the panel’s investigation into Hunter Biden. Johnson said the decision was made “out of an abundance of caution,” but Johnson’s investigatory prudence may have been motivated by another factor.

A Ukrainian magazine editor revealed that Telizhenko offered him cash if he could lobby Republican politicians to speak out against some of Ukraine’s anti-corruption efforts, CNN reported Saturday.

Chief editor of The Odessa Review Vladislav Davidzon told the news outlet that in 2018 Telizhenko offered him $5,000 to lobby prominent Republicans to publicly condemn the Ukrainian government’s efforts to rein in the influence of two pro-Russia television stations for broadcasting propaganda following Russia’s 2014 annexation of Crimea. Per the report:

In October 2018, the same month that lawmakers voted in favor of a resolution to sanction the two stations, Telizhenko wrote to Davidzon, asking: ‘Have a question do you or your father have contacts with US Senators? I really need a favour for witch (sic) I can pay up to 5k.”

After expressing concerns about how the new Ukrainian proposals could shut the broadcasters down, Telizhenko then says: “My question is is it possible to get an official comment on a Senators (Rand Paul, Lindsey Graham for example) website next week about this situation of censorship in Ukraine? Really important for me and need fast.”

Mr. Telizhenko, who was #Gulliani main fixer in Kyiv, offered me bribe to illegally lobby US senate on behalf of proRussian television stations owned by Ukrainian oligarch Medvechuk. Telizhenko is unreliable narrator at the best. I was witness in US law enforcement investigation. https://t.co/emQ6STyjfy

Davidzon said he found the request “improper” and never actually contacted any U.S. politicians for Telizhenko. The report casted further doubt on Telizhenko’s already shaky credibility as a witness.

As previously reported by Law&Crime, Telizhenko worked at Kyiv’s embassy in Washington from December 2015 through June 2016 and has been a prominent figure among right wing activists – particularly the president’s personal attorney Rudy Giuliani – in promoting the contentious narrative that the Ukrainian government, not Russia, worked with Democrats to try and sabotage the 2016 Trump campaign.

The revelation also increased skepticism regarding the resurgence of the GOP’s probe into Hunter Biden, which appears to have coincided directly with Joe Biden’s surge in the Democratic presidential primary–a point that has not been lost on Democratic lawmakers who this week asked the inspectors general of several executive agencies to look into the probe.

Notably, Johnson was one of the Republican senators who once echoed then-Vice President Biden’s call to fire Ukrainian prosecutor general Viktor Shokin.