Michael Cohen’s Twitter Is Trying to Get Trump to Let Him Out of Prison, Cites Coronavirus 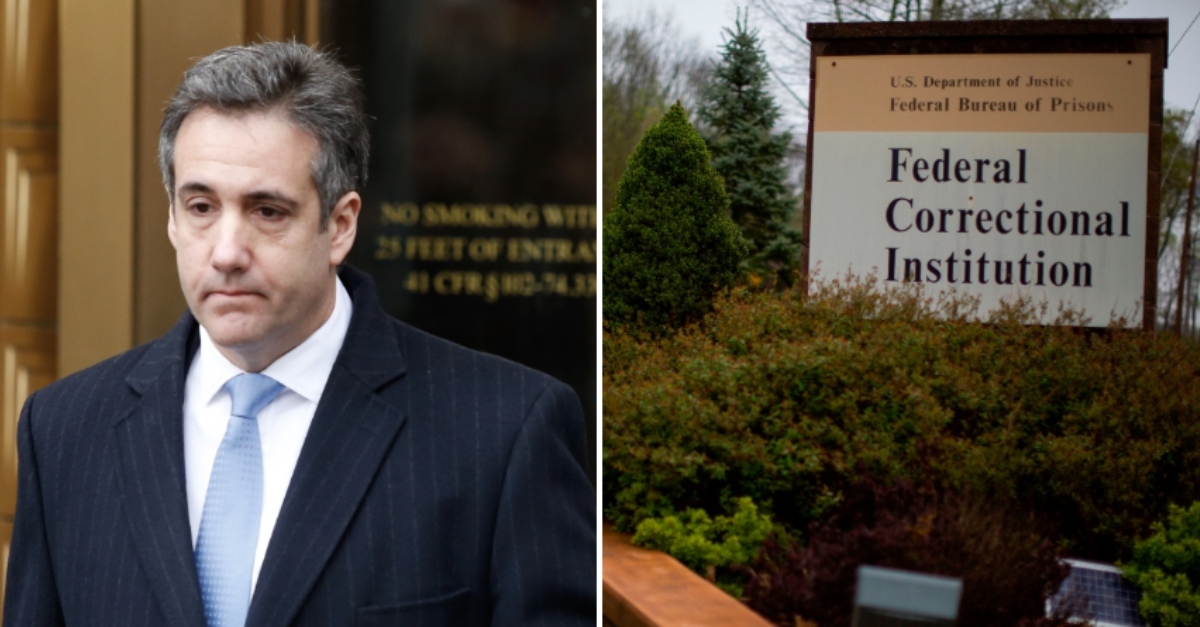 The outbreak of the “coronavirus” (COVID-19) has lots of people thinking about their well-being, their habits, and their proximity to others. You can possibly add federal prison inmate Michael Cohen to that list. A petition was shared from his Twitter account on Sunday morning:

The account has been run by his family. Cohen is best known as the former “fixer” for President Donald Trump, and as you may remember, they had a very ugly falling out. So, yeah, it becomes pretty notable that the account shares a request directly addressed to POTUS and the general public. The petition asks that non-violent offenders be shifted from federal prison camps to home confinement because of the coronavirus. This “would give the prison facilities additional (and much needed) medical triage and logistic space for those who will become infected with the COVID-19 Virus, the spread of which is discussed as a mathematical certitude,” said the writer.

The petition author calls out federal prison camps, saying they lack “adequate medical staff and are without proper medical equipment, sterilization techniques, gloves, sanitizers, masks, and other necessary items.” The petitioner said that inmates are in tight conditions, hospitals are expected to be full, and “transporting sick prisoners will be impractical.”

“Without your intervention, scores of Non-Violent Offenders are at risk of death, and these people were not given a death sentence,” the petition stated.

Michael Cohen would certainly benefit from this if the petition author’s wishes were fulfilled. He is, indeed, a non-violent offender serving a three-year sentence at the satellite camp at FCI Otisville for charges including campaign finance violations, and lying to Congress. Authorities have currently suspended visiting at the entire facility, amid the coronavirus outbreak.

Law&Crime reached out to the Federal Bureau of Prisons for comment on the story, asking how authorities were addressing the coronavirus outbreak. From spokesperson Sue Allison:

In response to COVID-19, the Bureau of Prisons (BOP) has instituted a comprehensive management approach that includes screening, testing, appropriate treatment, prevention, education, and infection control measures. The BOP implemented its approved Pandemic Influenza contingency plan. The BOP has been coordinating its COVID-19 efforts, since January 2020, using subject-matter experts both internal and external to the agency, including guidance and directives from the World Health Organization (WHO), the Centers for Disease Control (CDC), the Office of Personnel Management (OPM), the Department of Justice (DOJ), and the Office of the Vice President.

Using the Incident Command System (ICS) framework, the BOP has developed and implemented an incident action plan that addresses our Continuity of Operations Program (COOP), Information Technology (IT) readiness, supply management, inmate movement, inmate visitation, and official staff travel, as well as other important aspects. The BOP’s Central Office and Regional Offices as well as the National Institute of Corrections are coordinating planning and oversight with state and local prisons and jails.

The petition has over 1,600 signatures as of Sunday afternoon.

It’s a big enough challenge to hinder, if not stop, the spread of coronavirus among the free populace. It’s another thing completely in local, state, and federal detention facilities.

The nation’s jails and prisons are on high alert, stepping up inmate screenings, sanitizing jail cells and urging lawyers to scale back in-person visits to prevent the new coronavirus from spreading through their vast inmate populations. https://t.co/Ti8S9hsqRD