Ethics watchdog Citizens for Responsibility and Ethics in Washington (CREW), self-styled as nonpartisan, claimed that Trump violated the Hatch Act on June 16 by using her Twitter account @IvankaTrump for partisan political purposes, despite prior promises to “serve as an unpaid employee in the White House Office, subject to all of the same rules as other federal employees.”

CREW claimed that Trump “likely” violated the Hatch Act by tweeting an image that featured the president’s “Make America Great Again” campaign slogan. The tweet referenced the launch of the Trump campaign in 2015 and promised that the “best is yet to come.” 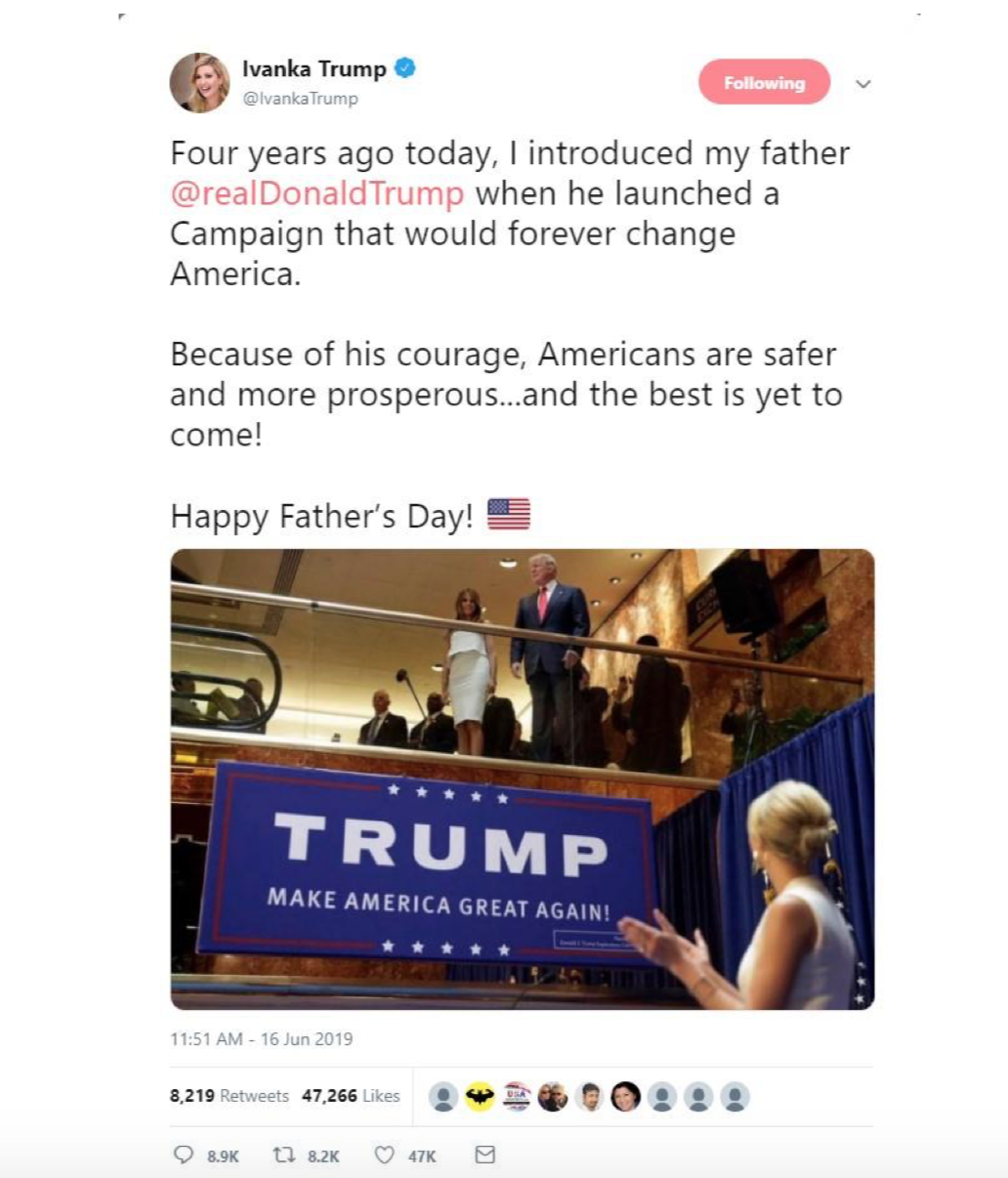 The CREW reasoning here appears to be that Ivanka Trump engaged in political activity on a personal social media account that she uses for official purposes. Here was an example of OSC guidance that was emphasized:

[W]hile on duty or in the workplace, employees may not: wear, display, or distribute items with the slogan “Make America Great Again” or any other materials from President Trump’s 2016 or 2020 campaigns; use hashtags such as #MAGA or #ResistTrump in social media posts or other forums; or display non-official pictures of President Trump.

In her Twitter bio, Trump notes that she is an “Advisor to POTUS on job creation + economic empowerment, workforce development & entrepreneurship.” The content you will find on her feed appears to generally relate to “official matters.”

CREW noted that tweet came “two days before President Trump held a launch event for his re-election campaign on June 18, 2019” and was sent “just three days after OSC issued a public report finding that Counselor to the President Kellyanne Conway violated the Hatch Act using her personal Twitter account and recommending her removal from government service.”

Even if the Ivanka Trump activity we discuss here was determined to be a violation, note President Trump’s response to the Kellyanne Conway situation.

“It looks to me like they’re trying to take away her right to free speech and that’s just not fair,” Trump tells Fox about OSC report on Kellyanne Conway’s repeat violations of Hatch Act. He says he won’t fire her.