A Day After Meeting with Police, Michelle Troconis Brings Cops to Home She Shared with Fotis Dulos 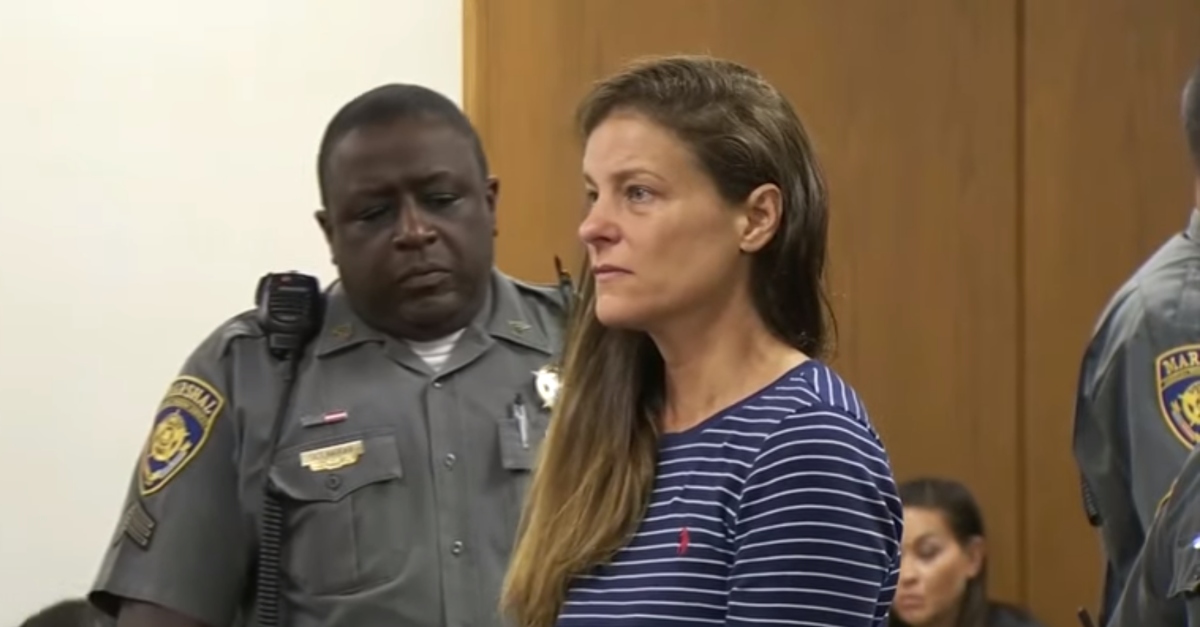 It looks like Michelle Troconis, 44, is still cooperating with authorities in their investigation of the disappearance of 50-year-old mother of five, Jennifer Dulos. Detectives with the Connecticut State Police on Friday brought Troconis to the home she lived in with co-defendant and lover 51-year-old Fotis Dulos, according to The Hartford Courant. Fotis is Jennifer Dulos’s estranged husband.

Investigators walked through the residence and searched the woods behind it, sources reportedly said. Troconis was taken there in a car with her attorney Andrew Bowman. All of this took place the day after Troconis met with police detectives at Bowman’s office. The lawyer did not respond to a Law&Crime request for comment.

Troconis and Fotis Dulos are each charged with hindering prosecution and tampering with evidence in the disappearance of Jennifer Dulos, who was last seen dropping off her kids at school on May 24.

There had already been signs that Troconis was cooperating. Law&Crime Network trial analyst Julie Rendelman previously said that Troconis’s meeting with police at the law office could mean that she has information that could “potentially sink” Fotis Dulos.

The reported trip to the residence reinforces that possibility.

Not only is Troconis cooperating, but it seems that authorities want Fotis Dulos to know she’s cooperating. The more on edge he is, the more likely they will eventually get more from him. #JenniferDulos https://t.co/NpX80FLxmz

Jennifer Dulos remains missing. She was in the middle of a contentious divorce and custody dispute with her estranged husband. Dulos described her spouse as displaying “irrational, unsafe, bullying, threatening and controlling behavior,” according to a court filing obtained by The Stamford Advocate.

Fotis Dulos’ attorney did not respond to a Law&Crime request for comment.