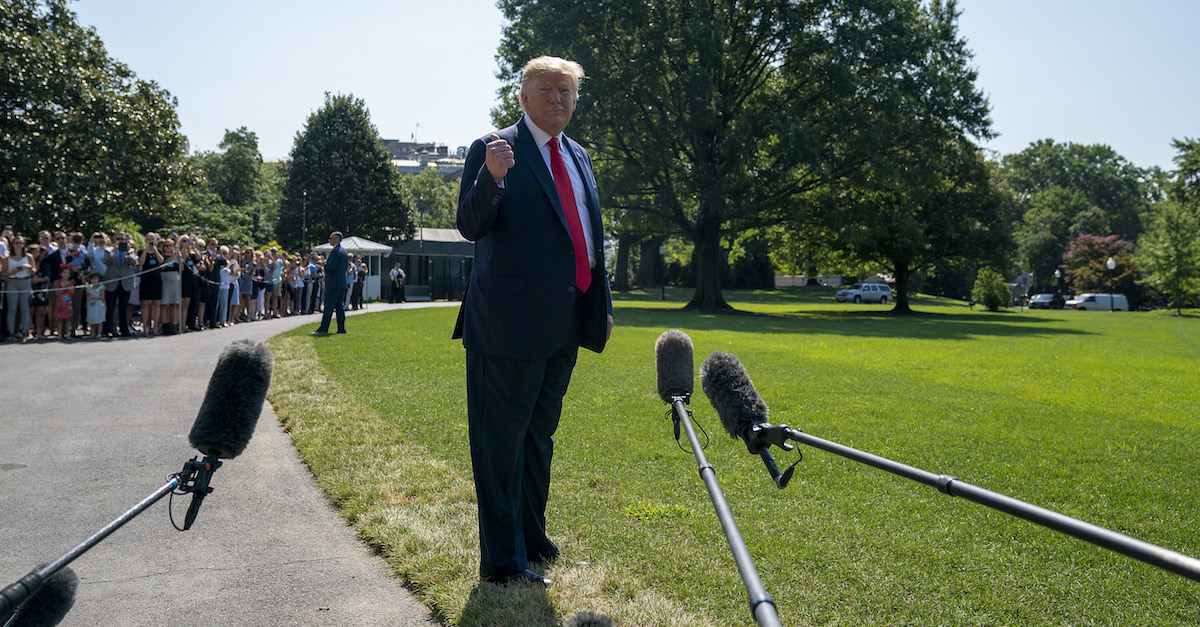 On Monday, the Department of Homeland Security (DHS) filed a final ruling regarding whether or not an immigrant can be denied admission to the United States based on his or her likelihood of becoming a public charge. This ruling will be published in the Federal Register on August 14, 2019.

According to the DHS filing, the rule will define “certain terms critical to the public charge determination, such as ‘public charge’ and ‘public benefit.’ More critically, however, the rule includes a requirement stating that aliens “seeking an extension of stay or change of status demonstrate that they have not, since obtaining nonimmigrant status,” received public benefits over the rule’s “designated threshold.”

According to the filing, the threshold for monetizable public benefits (SNAP, cash benefits, rental assistance, housing vouchers) is 15 percent of the Federal Poverty Guidelines for a household of one for one year. This comes out to $1,821, meaning that any alien receiving this amount of yearly aid could be denied citizenship.

On top of this, the DHS included two additional thresholds. One, regarding non-monetizable benefits (Medicaid, Medicare, Subsidized Housing), states that an alien cannot receive these benefits for “12 months in the aggregate within a 36-month period”  without being considered a public charge.

Predictably, immigration rights activists are up in arms, claiming that this move by the Trump administration is being used to target the United States’ Latino community.

“This rule is the administration’s attempt to unilaterally implement a broad immigration reform. It will likely shift immigration away from Latin America and towards Europe, while disproportionately disadvantaging women, children, and the elderly,” Sarah Pierce, an analyst at the Migration Policy Institute told Buzzfeed News.

For some, however, the shocking thing is just how quickly these new procedures will go into place. While the Administrative Procedure Act (APA) has no minimum regarding the public comment period, the DHS has elected to go with 60 days, meaning that this new move will go into effect in October. In defense of this swift action, the DHS noted that this proposed ruling has been publicly available since the fall of 2017.

In the DHS’s own words, the ruling is designed to demonstrate that aliens “have not, since obtaining the nonimmigrant status they seek to extend or change, received public benefits over the designated threshold.” In layman’s terms, although the ruling specifies that these thresholds don’t apply to asylum seekers, the DHS is trying to stop immigrants who could be considered a financial burden from becoming citizens.

DHS Ruling re: Inadmissibility on Public Charge Grounds by Law&Crime on Scribd