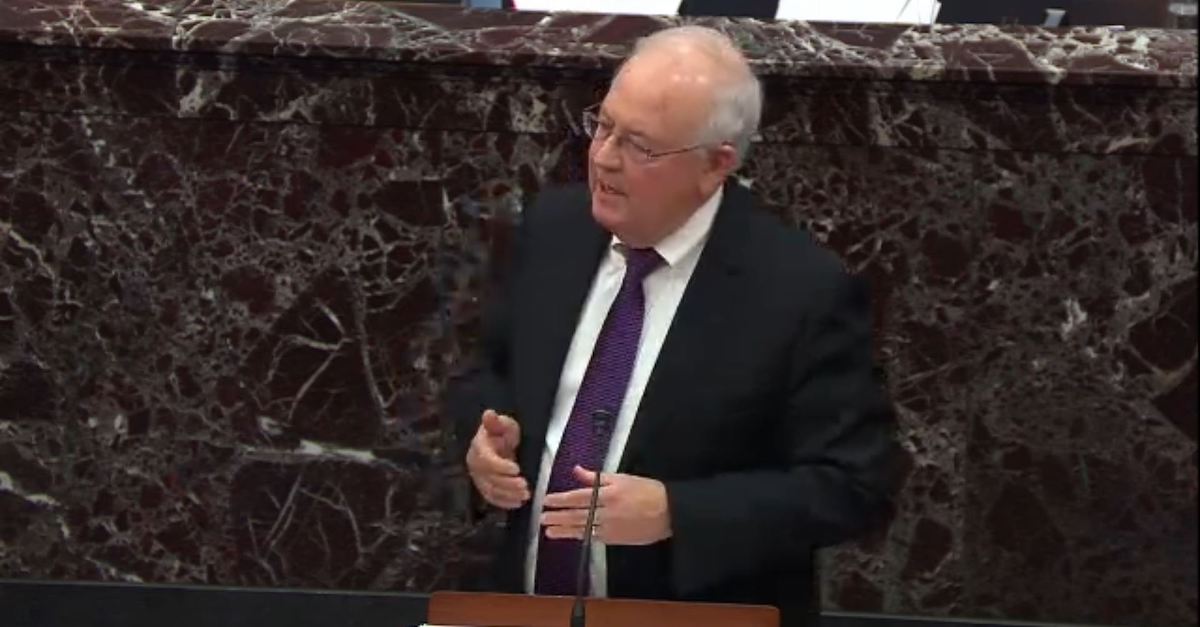 House impeachment investigators looking into whether Trump obstructed justice in the special counsel’s Russia probe asked a federal court to release the accompanying grand jury material gathered during the investigation.

In response, the DOJ filed a lawsuit claiming lawmakers were not entitled to the grand jury material because impeachment trials were not “judicial proceedings” under Federal Rule of Criminal Procedure 6(e), which allows for the disclosure of such material in certain situations.

NEWS: The House has filed a new letter in court showing that Trump's impeachment team *again* contradicted the administration's legal position — this time in the Mueller grand jury case.

This time it was Ken STARR's argument that blew up the DOJ position. pic.twitter.com/QGmUsDttvM

The case is currently before the U.S. Court of Appeals for the District of Columbia Circuit after a lower court ruled in favor of releasing the material to House Democrats.

But Trump defense attorney Ken Starr–the former independent counsel who spearheaded the impeachment of former President Bill Clinton–may have delivered a fatal blow to the administration’s claim, arguing that an impeachment proceeding in the Senate unequivocally constitutes a judicial proceeding under the law.

“The Senate is a court,” Starr argued during the proceedings. “In fact, history teaches us that for literally decades, this body was referred to in this context as the high court of impeachment. So we are not a legislative chamber during these proceedings. We are in a tribunal. We are in court.”

“That argument has not been contradicted by the president’s counsel’s statements to the Senate, which confirm that the Senate sits as a ‘court’ rather than a ‘legislative chamber’ during an impeachment trial,” Letter wrote to the court. “Because DOJ’s position in this case cannot be reconciled with the president’s position with impeachment, DOJ may wish to withdraw its argument that Senate impeachment trial does as judicial proceeding.”

Read the full House letter below: