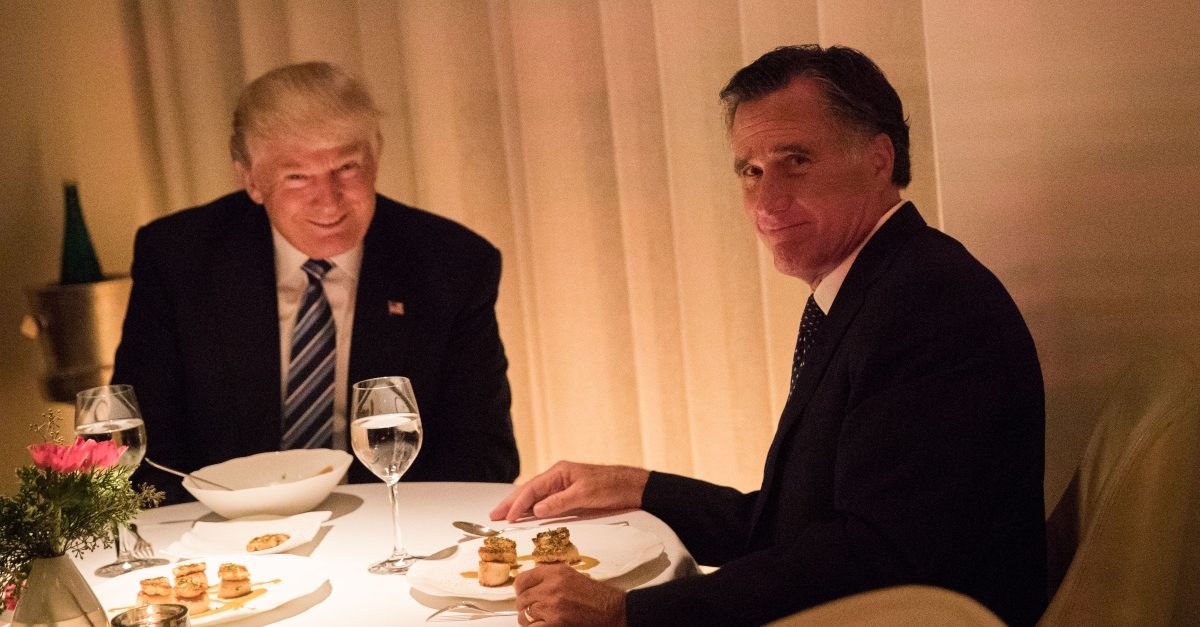 The White House has reportedly begun sending around a list of talking points encouraging surrogates to attack Sen. Mitt Romney (R-Utah) for breaking with his party and voting to convict and remove President Donald Trump from office for abusing his power.

“That’s where he lost me,” Sen. Lisa Murkowski (R-Alaska) said following Schiff’s remarks. Sen. Susan Collins (R-Maine) outright denied that any such threat had been levied against her or her colleagues, while Sen. James Lankford (R-Okla.) said it was “insulting and demeaning” for Schiff to suggest “that we somehow live in fear and that the president has threatened all of us.”

But the GOP’s emphatic denials of yesterweek are pushing the boundaries of credulity in the wake of President Trump’s acquittal. The White House wasted no time ensuring the lone GOP apostate was punished, attacking Romney in a statement that said he was one of the president’s “political opponents” and referring to the Utah senator as nothing more than a “failed Republican presidential candidate.”

Continuing that trend, journalist Ashley Parker on Thursday reported that the White House had begun sending anti-Romney talking points out to surrogates who could amplify the message during their cable news appearances.

The WH is now sending around anti-Romney talking points, including:
•Romney’s decision was unsurprising as this display of self-serving political expedience has come to define his career.
•Romney has a long history of flip-flopping, with no sign of principles to be found.

According to Parker, those talking points include saying, “Romney’s decision was unsurprising as this display of self-serving political expedience has come to define his career,” and “Romney has a long history of flip-flopping, with no sign of principles to be found.”

Walter Shaub, the Obama era director of the Office for Government Ethics who resigned in July 2017 due to “clashes” with the Trump White House, said that the “outrage” over Schiff’s comments was starting to “look just a little phony.”

The outrage over Schiff mentioning the head-on-a-pike story is starting to look just a little phony, no? https://t.co/idCghmSGay

President Trump has already tweeted a video labeling Romney a “Democrat secret asset” who had been “posing as a Republican” in order to “infiltrate the administration as Secretary of State.”

Some referred to that video as putting Romney’s head on a “digital pike.”

Head on a digital pike. https://t.co/kwupQqUEJV

Trump also questioned Romney’s faith on Thursday, saying Romney used his religion as a “crutch” to try and harm his presidency.

Then at the WH, Trump said "You have some who used religion as a crutch. …Today — never heard him use it before. But today, you know, it’s one of those things. But you know, it’s a failed presidential candidate. So things can happen when you fail so badly running for president”

Donald Trump Jr., whose comments are often echoed throughout conservative media, even called for Romney to be expelled from the Republican party.

Romney's "head on a pike" for voting his convictions https://t.co/EKtySIxZ4w

But noooooo, no “head on a pike”