Trump Organization Valued Rent-Stabilized Units More Than 66 Times Higher Than an Outside Appraiser Did: NYAG

Long before its namesake became president, the Trump Organization calculated the value of rent-stabilized units at more than $49.5 million—more than 66 times higher than the $750,000 that an outside appraiser believed them to be worth, New York’s top prosecutor alleged.

New York Attorney General Letitia James’s (D) office made that allegation in an eye-popping footnote of an appellate brief seeking to uphold a judge’s order for former President Donald Trump and two of his adult children to sit for deposition in her longstanding tax probe. The civil investigation, which has been running in tandem with a criminal one, has been looking into whether the Trump Organization fraudulently valued the company’s assets for tax benefits.

“So far, the investigation has uncovered significant evidence potentially indicating that, for more than a decade, these financial statements relied on misleading asset valuations and other misrepresentations to secure economic benefits—including loans, insurance coverage, and tax deductions—on terms more favorable than the true facts warranted,” the appellate brief filed in state court begins.

The allegation about the rent-stabilized units reflects the significant time span of the investigation. It is based on the Trump Organization’s statements between the years 2010 and 2012.

The criminal investigation appears to have stalemated under the stewardship of Vance’s successor Alvin Bragg (D), who recently saw two of his top prosecutors resign over his reported reluctance to charge Trump with any crimes. 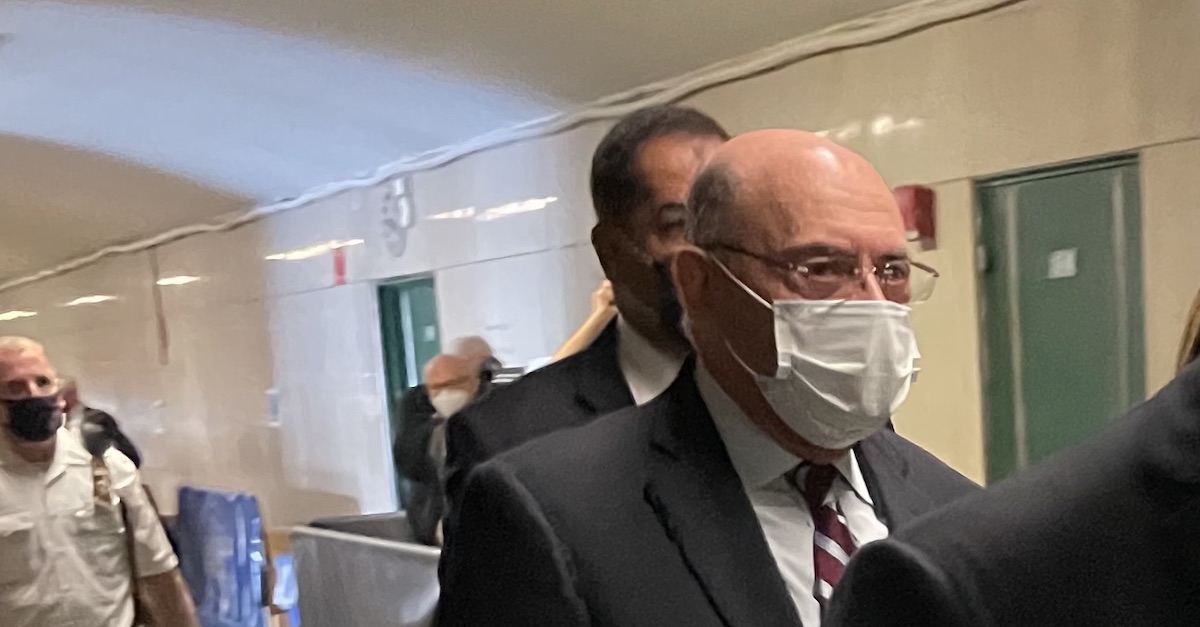 Allen Weisselberg goes to court for a scheduling hearing on Sept. 20, 2021. (Photo by Adam Klasfeld)

The Office of the Attorney General says it has “received and reviewed hundreds of thousands of documents produced by the Trump Organization,” despite what it describes as “serious lapses in the Trump Organization’s document preservation and production and its compliance was placed under judicial supervision.”

Many of its findings to date have been well-publicized. For example, between 2012 and 2016, the Trump Organization’s statements indicated that the former president’s triplex in Trump Towers exceeded 30,000 square feet, giving it that apartment a $327 million value.

“In 2017, however, the Statement slashed the apartment’s value by two-thirds, sizing the residence at just under 11,000 square feet—the figure specified in the building’s offering plan,” the brief notes.

James previously alleged that the company did not assign a value to the Trump brand and may have used “fraudulent or misleading” asset valuations on six properties to obtain economic benefits. Trump’s attorney Alina Habba did not immediately respond to Law&Crime’s email requesting comment.

“That Principle Applies, Of Course, to a President.”

Not investigating the Trumps would have been a “blatant derelection of duty,” in light of the “copious evidence of possible financial fraud” prosecutors have uncovered since Cohen’s testimony from 2019, Engoron opined last month

Trump’s attorneys argue that the parallel civil and criminal proceedings put them in bind at their depositions. If they do not assert their Fifth Amendment rights against self-incrimination, their testimony can be used against them criminally. Asserting one’s constitutional right to remain silent cannot hurt them in criminal proceedings, but it could be used against them in civil court.

James’s office says there is nothing unique about this seeming Catch-22.

“New York authority similarly recognizes that an investigation into potential misconduct may yield proof for use in either civil or criminal proceedings,” the appellate brief states.

Trump and his lawyers also have attacked prosecutors James and Bragg, accusing them of being biased and “racist.” New York’s attorney general and district attorney are both Black. Some of their accusations of bias stem from James’s heated remarks on the campaign trail, labeling Trump an “illegitimate president” and rhetorically convicting him of a crime by stating: “We need to find out where he’s laundered money.”

Trump’s lawyers have also attacked James for her familiar refrain: “No one is above the law.”

James’s attorneys said that is hardly a polemical sentiment. Two of the Supreme Court justices whom Trump appointed made similar remarks to him.

“In our system of government, as this Court has often stated, no one is above the law,” Justice Brett Kavanaugh wrote in a concurring opinion of Trump v. Vance, which was joined by Neil Gorsuch. “That principle applies, of course, to a President.”

Read the appellate brief, below: