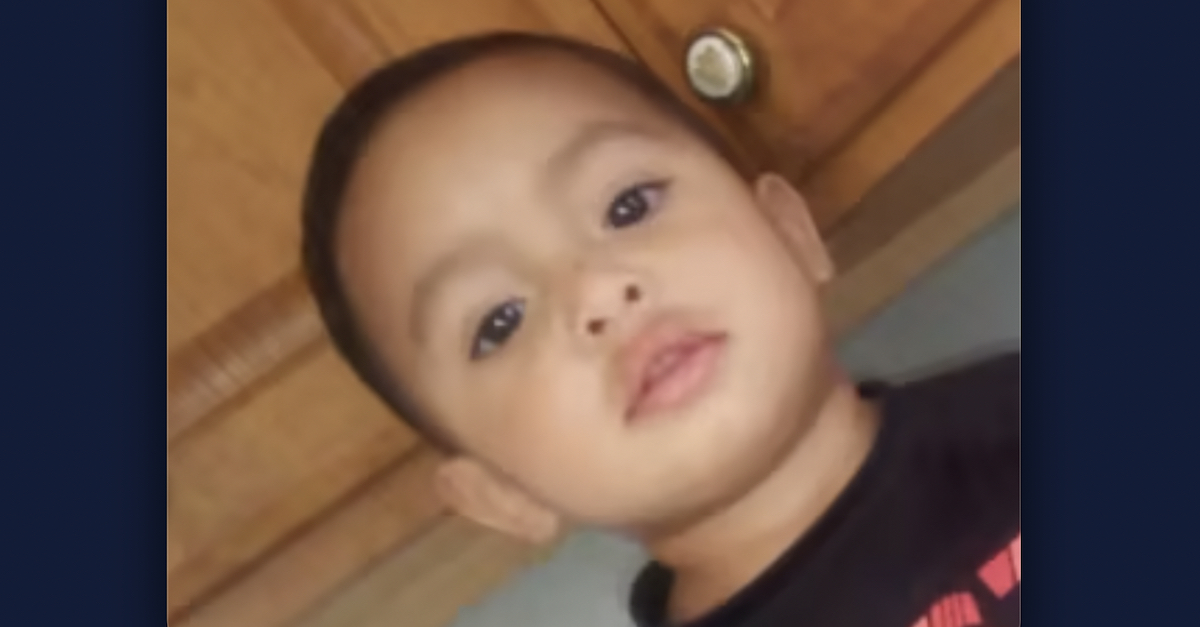 The search for a missing 1-year-old Florida boy ended after the child was found dead in a septic tank on the family’s property early Monday morning, law enforcement authorities said.

The Putnam County Sheriff’s Office announced that the body of 22-month-old Jose Lara had been recovered in what investigators currently believe to be a tragic accident.

During a Monday press conference to provide an update on the search for Jose, Sheriff H.D. Deloach III said the boy’s body was recovered just after 2 a.m. from the tank.

Jose’s family first reported the boy missing at approximately 1:45 p.m. on Sunday. He was last seen at approximately 1:15 p.m. playing in the yard with his siblings. His siblings then went into the house with Jose’s mother to get washed up; when Jose’s mother went back outside, the boy was allegedly gone, Orlando CBS affiliate WKMG-TV reported. After a brief search of the yard, Jose’s family called 911.

Please share this post!
A Florida MISSING CHILD Alert has been issued for 1-year-old Jose Lara, last seen in Crescent City, Florida. If you have any information about this child, please contact the Putnam County Sheriff's Office at 386-329-0801 or 911. pic.twitter.com/fDXCNoABQE

The sheriff’s office dispatched deputies and detectives, and began a K-9 unit search of the area around the family’s Crescent City home located on US Highway 17 South. Air support and K-9 units from surrounding law enforcement agencies also participated in the search for Jose.

The search went on until approximately midnight and then resumed at approximately 2 a.m., which is when authorities discovered Jose’s remains, the sheriff said.

“Today, we made the decision, out of an overabundance of caution, to drain the septic tank on the property behind me,” Sheriff Deloach said while updating members of the press from the family’s property. “As the contractor arrived and began probing, one of our investigators saw an area that was overgrown but had a spot that appeared to have been disturbed.”

Investigators took a further look at the area and saw that the top of the septic tank had been fitted with an improvised cover that appeared to have been made of plywood or oriented strand board (OSB) that was several years old.

“This was in an overgrown area that was covered in brush and was not discovered until just a few moments ago, whenever the contractor began probing, looking for the actual clean out site for the septic tank,” Sheriff Deloach continued. “It was at that point that some of our detectives and the contractor removed some of the debris and dirt that was surrounding the clean out, at which point they began the process of draining the septic tank and found Jose’s body submerged.”

Police said that the opening to the tank was at ground level about 35 to 40 yards from the home, with the bulk of the septic tank being buried underground. A pad of concrete surrounded the opening which was then covered with pieces of wood. The wood had allegedly been there for a long while and was covered with a layer of dirt.

“There was a piece of plywood that had been there for some time and it appeared that it had rotted to the extent that whenever [Jose] stepped on it, he actually fell in,” Sheriff Deloach said. “After he fell in, it appears as though there was I guess some spring, and the board itself almost came back into the same position that it would have been in originally.”

The sheriff said that the little boy’s death is currently being investigated as an accident and that there was no evidence of foul play.

“This was certainly the worst possible case scenario as far as outcome,” he said. “These things happen in just a blink of an eye. And it’s terribly unfortunate what’s happened here but it serves as a reminder to all of us who have children that are parents that there’s never an opportunity to leave them unsupervised.”

The sheriff’s office did not immediately respond to a message from Law&Crime seeking additional information on the case.

Watch the press conference below (beginning at approximately 17:10):