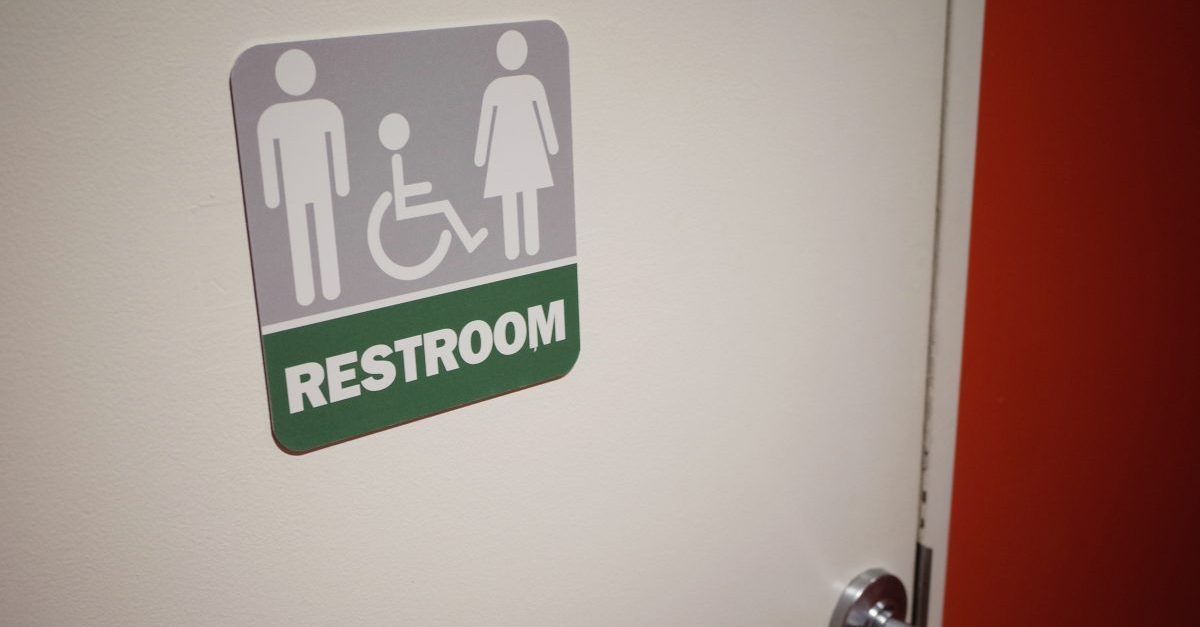 Parents of a young girl claim that a Georgia public school’s policy of letting students use the restroom corresponding to their claimed gender identity led to their daughter being sexually assaulted, and the U.S. Department of Education is now looking into the matter.

According to the parents’ Title IX complaint, which was filed in May, their daughter was assaulted by a boy in a girls’ bathroom when she was a 5-year-old kindergarten student at Oakhurst Elementary School in November 2017. The boy allegedly “pushed her against a wall, and forcibly touched her genitals despite her protests, causing her both pain and fear,” the complaint said.

The complaint says that the school administration knew the alleged perpetrator to be “gender fluid,” and was thus allowed to be in the girls’ room due to the school’s policy. The complaint states that “the Policy directly caused the sexual assault[.]” The school instituted the policy in July 2016, after the Obama administration issued a letter saying that schools had to have transgender bathroom policies like this in order to receive federal funding. The Trump administration later rescinded this.

The parents claim that when they reported the alleged incident, the school showed “deliberate indifference.” The complaint states:

the Decatur Schools failed to conduct a meaningful investigation; failed to discipline the Assailant; failed to notify the parent of [Victim] of her right to file a criminal complaint; refused to remove the Assailant from [Victim]’s class where she would have to see him daily; refused to offer any assurance that Assailant (or other boys) would not be permitted in the girls’ restroom with [Victim] again; failed to offer any assurance of protection going forward to [Victim]; failed to offer any psychological counseling or support services to [Victim]; and in sum ultimately made it untenable for [Victim] to remain at Oakhurst Elementary School, effectively forcing [Victim] to transfer to a different school in early 2018, disrupting her education and inflicting further emotional harm on her.

In addition to this, the girl’s parents allege that after they reported the alleged assault, the school district retaliated against them by reporting them to the Georgia Division of Family and Children’s Services (DFCS), incorrectly telling them that the girl’s mother was the one who sexually assaulted her. The complaint says that this led to a DFCS investigation, that eventually led to a conclusion that no investigation was necessary.

“This situation was both deeply tragic and avoidable,” said attorney Christiana Holcomb of Alliance Defending Freedom, an organization representing the family. “Schools have a duty to protect the privacy and safety of all students and Decatur Schools clearly failed this young girl. The current approach that many schools are taking of passing these transgender bathroom policies isn’t working; they fail to provide basic privacy or ensure the safety of all students.” Alliance Defending Freedom announced the Department of Education’s investigation in a press release Wednesday.

The school district said in a statement to Law&Crime:

City Schools of Decatur is committed to supporting all students. We are aware of the unfounded allegations made by the Alliance Defending Freedom. We fully disagree with their characterization of the situation and are addressing it with the Office of Civil Rights. As this is a pending legal matter, we have no further comment at this time.

The Department of Education said in a letter that their Office for Civil Rights will investigate the issues involved. Specifically, they will look at whether the policy itself created a hostile environment, whether the school “failed to provide a prompt and equitable response” to the report of the alleged assault, and whether they then retaliated against the parents.