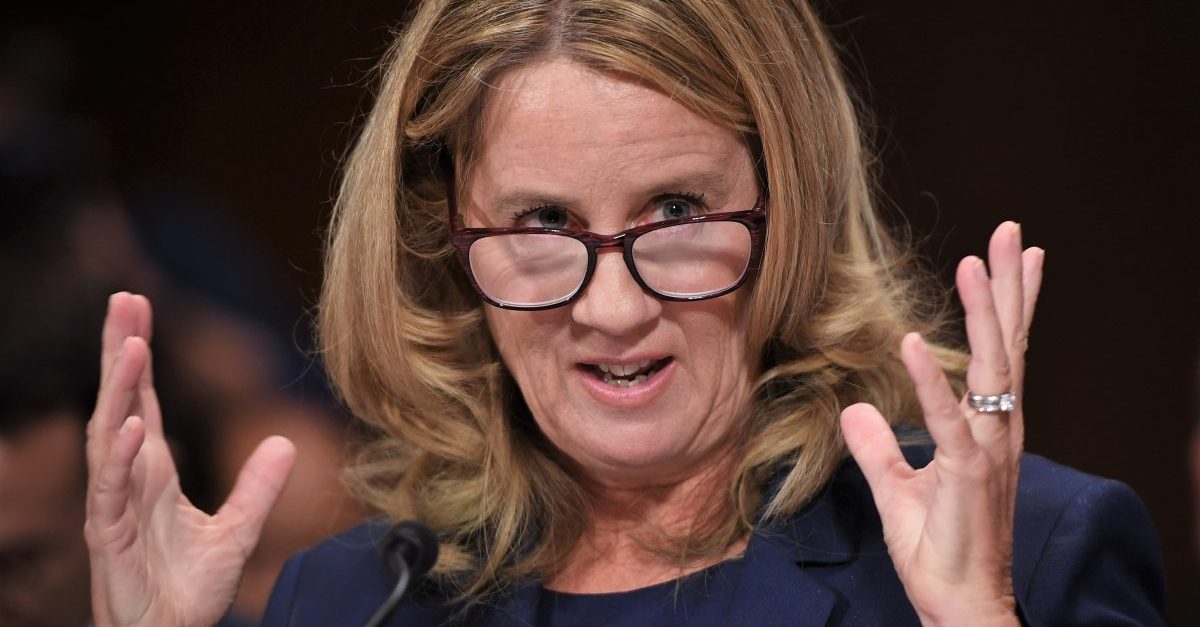 Dr. Christine Blasey Ford, who has accused Supreme Court nominee Brett Kavanaugh of sexually assaulting her decades ago, has in turn been accused of lying during her testimony on Capitol Hill. Not long after an apparent ex-boyfriend claimed Ford lied when she testified that she’d “never” given anyone advice on how to take a polygraph test, a retired FBI friend of Ford’s named in that man’s letter has vehemently denied the claim.

The man claiming to be an ex-boyfriend of Ford’s, who apparently wrote the letter below, has been identified by CNN as Brian Merrick.

Merrick, they say, is the redacted name in the letter obtained Tuesday by Fox News’ John Roberts. In that letter, the man said that when they were dating, Ford never mentioned being sexually assaulted and never mentioned Kavanaugh. He also named Monica L. McLean as a person who he understood to be Ford’s “life-long best friend.” He said he witnessed Ford “explain in detail what to expect, how polygraphs worked and helped McLean become less familiar and nervous about the exam.” He also said McLean was applying for jobs at the FBI and the U.S. Attorney’s Office at the time.

McLean has responded to the claims, calling them “completely false” and a “lie,” while Merrick, CNN said, “refused to discuss the allegation.”

“I have never had anyone assist me with the preparation of any polygraph. Ever. Not my entry polygraph, not my 5-year reinvestigation polygraphs. Never. I am extremely angry he would make this up,” McLean said.

Senate Judiciary Chairman Chuck Grassley (R-Iowa) alluded to Merrick’s letter before, saying that the “full details of Dr. Ford’s polygraph examination are particularly important because the Senate Judiciary Committee has received a sworn statement from a longtime boyfriend of Dr. Fords, starting that he personally witnessed Dr. Ford coaching a friend on polygraph examinations.”