‘This Is What We Call a Clue’: New Docs Show WH Halted Ukraine Aid Less Than Two Hours After Trump’s ‘Perfect’ Call 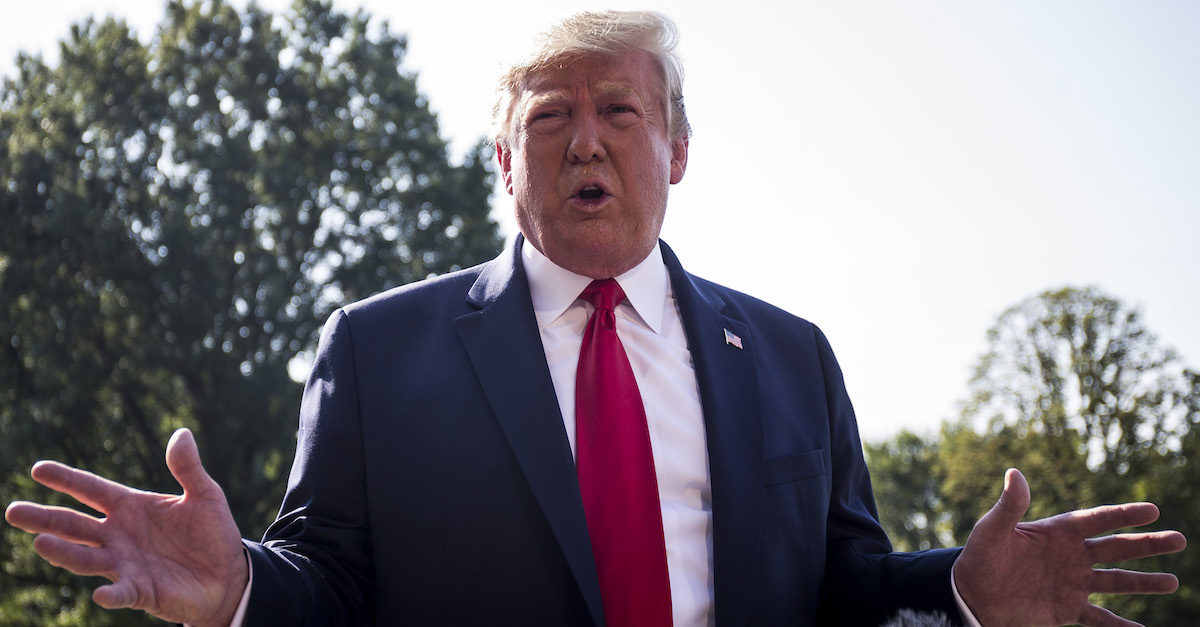 During the call, Trump asked Zelensky for a “favor” and raised the prospect of Ukraine pursuing investigations of the Bidens and the 2016 election. A whistleblower complaint followed, and the ensuing investigation in the House  ultimately led to President Trump’s impeachment earlier this week on charges of abuse of power and obstruction of Congress.

Democrats allege that the president abused his power by withholding congressionally appropriated military aid to an ally under attack by Russia in order to get that ally to announce investigations of a political rival ahead of the 2020 election. Trump said the phone call was “perfect,” and Republican lawmakers have defended the president every step of the way. Not one voted to impeach the president.

The documents, which contained communications between the White House and the Pentagon regarding the decision to withhold the aid, were revealed through a Freedom of Information Act lawsuit filed by the Center for Public Integrity, a non-profit investigative journalism organization.

Among the 146 pages of heavily redacted communications, one email in particular appears to be especially damaging to the White House.

Less than two hours after the call with Zelensky — which ended at 9:33 a.m. according to the call memo released by the White House — Trump’s hand-picked OMB Associate Director for National Security Programs Michael Duffey emailed the deputy secretary of defense David Norquist, the Acting Secretary of Defense’s Chief of Staff Eric Chewning, and a Pentagon comptroller Elaine McCusker informing them not to release the aid to Ukraine.

“Based on guidance I have received and in light of the Administration’s plan to review assistance to Ukraine, including the Ukraine Security Assistance Initiative, please hold off on any additional DoD obligations of these funds, pending direction from that process,” Duffey wrote at 11:04 a.m.

Duffey, who Sen. Chuck Schumer (D-N.Y.) demanded be called as a witness in the Senate’s upcoming impeachment trial, did not disclose the name of the official from whom he received the guidance, a point former federal prosecutor Elie Honig said could be of distinct import.

Well this explains @SenSchumer's demand for Michael Duffey as a witness.

First question for Duffey: You wrote "Based on guidance I have received…" FROM WHO? (And I know it's "whom" but Jersey people don't talk like that) https://t.co/GIsX7SX91U

Duffey appeared to acknowledge that his request could raise eyebrows, concluding his email by noting the “sensitive nature” of his request and asking the officials to keep it quiet.

“Given the sensitive nature of the request, I appreciate your keeping that information closely held to those who need to know to execute direction,” he wrote.

As previously reported by Law&Crime, the Trump administration first officially acted to withhold the aid on July 25, but Duffey’s emails shows the decision was made almost immediately after Trump’s call with Zelensky.

Laura Cooper, the deputy assistant secretary of Defense for Russia and Ukraine, testified in November that as early as July 25 the Ukrainian embassy specifically asking her staff “what’s going on” with the congressionally appropriated military aid. Cooper also testified that officials at the Ukrainian embassy in Washington, D.C. had reached out to the State Department inquiring about the military assistance. This is roughly one month before a Aug. 28/29 story in Politico reported for the first time that the aid was held up.

CNN analyst and former FBI Special Agent Asha Rangappa added, “This is what we call ‘a clue.’”