'This Case Is Closed': Court Rules Against Trump on Tax Returns | Law & Crime

A federal judge in New York City dismissed President Donald Trump‘s second attempt to bar the release of his tax returns and other financial records in a significant victory for Manhattan District Attorney Cyrus Vance on Thursday morning.

Southern District of New York (SDNY) Judge Victor Marrero issued a lengthy 103-page decision and order which traces the tax returns case from its inception to its eventual and wholesale dismissal.

It is hereby ORDERED, ADJUDGED AND DECREED: That for the reasons stated in the Court’s Decision and Order dated August 20, 2020, the motion filed by defendant Cyrus R. Vance, Jr., in his official capacity as the District Attorney of the County of New York, to dismiss the Second Amended Complaint of plaintiff Donald J. Trump, is GRANTED, and the Second Amended Complaint is dismissed with prejudice. The motion filed by plaintiff Donald J. Trump for discovery is DENIED as moot; accordingly, this case is closed.

Vance initially subpoenaed the 45th president’s accounting firm, Mazars USA LLP, in late 2019. Trump intervened to block those subpoenas claiming, as Marrero notes, “absolute immunity from criminal process while in office.” That tack was summarily rejected by the SDNY. The U.S. Court of Appeals for the Second Circuit and the U.S. Supreme Court similarly rejected Trump’s “assertions of a temporary absolute immunity from criminal process.” 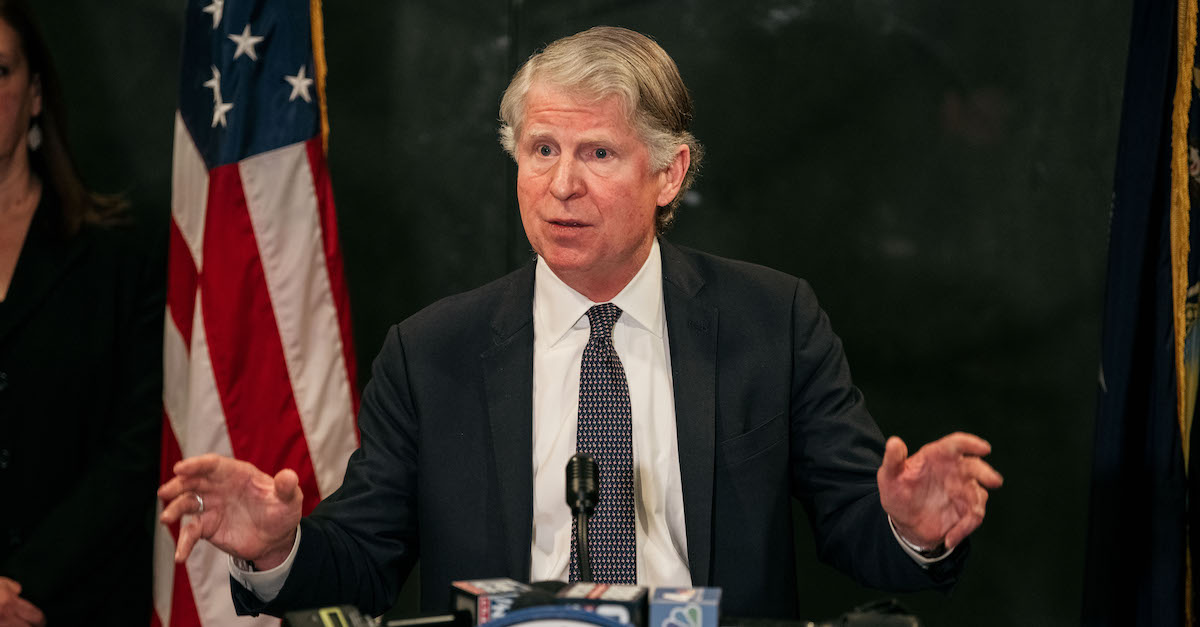 In the July landmark ruling issued by the nation’s high court, seven justices found that the president is not immune to state criminal process. The decision was widely hailed as standing for the time-honored principle that no one is above the law–but the case was quickly remanded and Trump was given another opportunity to contest Vance’s subpoenas by using legal theories other than the judicially foreclosed against claim of absolute immunity.

That second claim has now failed, and Vance is free to enforce his subpoenas against the president’s accounting firm.

“Although the Supreme Court’s opinion roundly denied the President’s invocation of generalized categorical immunity to justify his refusal to comply with the state grand jury subpoena, in the [second amended complaint] the President has asserted claims the tenor and practical effect of which could be to engender a form of presidential immunity by default,” Marrero notes. “[T]he President challenges the validity and enforceability of the grand jury subpoena at issue, claiming that it is overly broad and was issued in bad faith.”

The court was not interested in those retreaded arguments:

[T]he Court finds no merit in these claims as they relate to the facts relevant to this action. In the prior proceedings, the President raised substantially the same or similar arguments, which the Court rejected. To that extent, the [second amended complaint] in substantial part merely reiterates factual allegations made in the President’s prior complaint. The revised pleadings thus prompted a motion to dismiss the action, hence calling upon the Court to devote considerable judicial resources to consider again a fact pattern it believes the parties had thoroughly argued and the Court had substantially addressed.

At the core of Marrero’s opinion–and repeatedly stated–is the point that the president of the United States is, in fact, not really so special at all when it comes to the criminal process.

“[T]his Court cannot mechanically credit allegations that a particular application of judicial process to the President is necessarily unduly burdensome and motivated by bad faith if, upon thorough and independent review, it fairly and compellingly appears that the claimed imposition on the President lacks plausible basis,” the decision notes. “Established judicial process commonplace to all persons, accompanied by the inevitable inconveniences, annoyances, and embarrassments that litigants routinely suffer in court proceedings, should not transform automatically into an incidence of incapacitating harassment and ill-will merely because the proceedings potentially may implicate the President.”

The upshot of the decision here: Vance previously said he would wait at least seven days after Marrero’s ruling to enforce his subpoenas against Mazars–giving Trump ample time to appeal the decision to the court of appeals once again.

Read the full decision and order below: