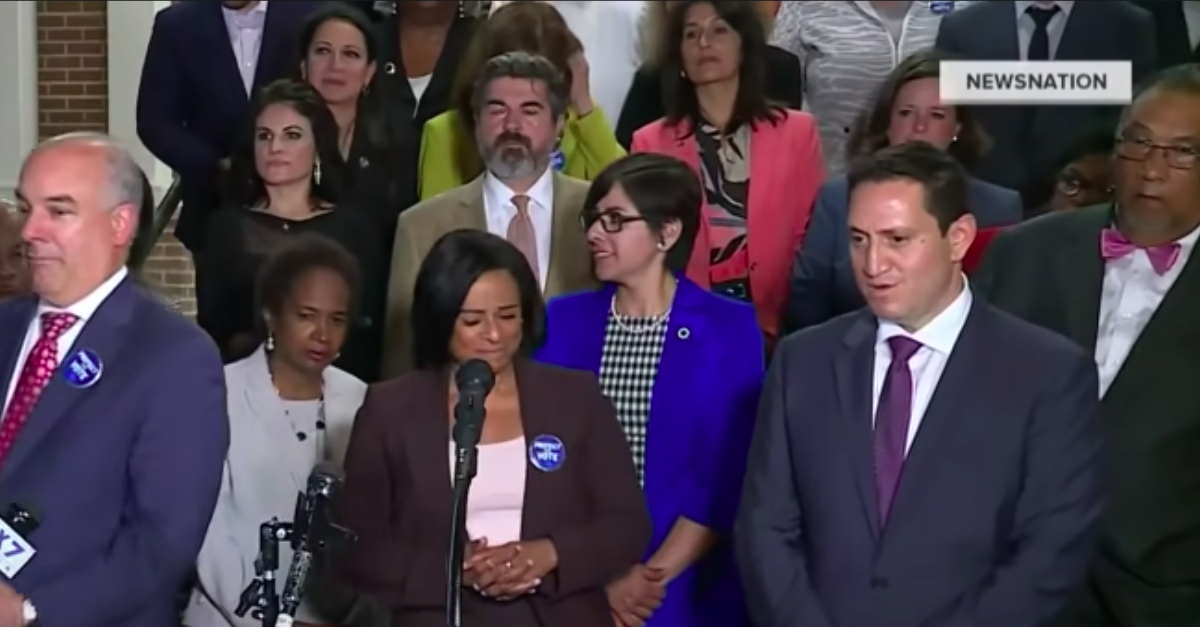 In a repeat of 2003, Democrats in the Texas House of Representatives plan to flee the state in order to stop House Republicans from being able to pass a series of voting restrictions during a special session of the legislature, multiple news organizations reported Monday. If successful, the highly unusual and risky strategy would prevent Texas Republicans from attaining a quorum—the minimum number of members of the chamber required to make the proceedings valid—and effectively paralyze business in the state legislature.

The Texas House of Representatives, which is controlled by the GOP, mandates a quorum of two-thirds of its members be present for the chamber to conduct official business.

According to reports from NBC News and The New York Times, more than 51 of the 67 House Democrats—the minimum required to leave to thwart quorum—have chartered two private jets that are expected to leave from Austin and arrive in Washington, D.C. by early evening on Monday.

Under state law, the fleeing lawmakers that remain in Texas can be arrested by law enforcement authorities and legally compelled to return to the Capitol if any member of the House moves “to secure and maintain a quorum,” and the motion gets 15 backers and passes a majority vote.

“All absentees for whom no sufficient excuse is made may, by order of a majority of those present, be sent for and arrested, wherever they may be found, by the sergeant-at-arms or an officer appointed by the sergeant-at-arms for that purpose, and their attendance shall be secured and retained,” Texas House rules state. “The house shall determine on what conditions they shall be discharged.”

A source on Monday told NBC News that Democrats expect GOP officials to request that the Department of Public Safety locate the fleeing lawmakers and bring them back to the legislature.

Gov. Greg Abbott (R) called the 30-day special session after Texas Democrats employed a similar though less extravagant quorum-related strategy in a few weeks ago. Dozens of Democrats in May quietly walked off of the House floor just hours before the Chamber’s regular session ended, breaking quorum before lawmakers could vote on the voting restriction bills. The session began on Thursday and the voting restriction bills were quickly moved out of committee on Sunday with a final vote scheduled to take place Tuesday. The measures, House Bill 3 (HB3) and House Bill 1 (HB1), would restrict several early voting mechanisms that were widely employed in 2020 such as drive-thru and 24-hour polling locations, ban the proactive sending of mail-in ballot request forms, provide increased access to partisan poll watchers, increase criminal penalties for violating voting statutes, and put in place new identification requirements for mail-in voting.

“Today, Texas House Democrats stand united in our decision to break quorum and refuse to let the Republican-led legislature force through dangerous legislation that would trample on Texans’ freedom to vote,” Democratic leaders said Monday in a joint statement.

In 2003, 51 Texas Democrats fled to neighboring Oklahoma in order to block Republicans from passing a redistricting plan that would have given the GOP an additional five seats in the chamber. House Republicans quickly ordered Texas Rangers and state troopers to search for any Democrats still in the state. When the House plan failed, Democratic state senators fled to New Mexico to prevent quorum in that chamber, but a defector eventually returned and the measure passed.