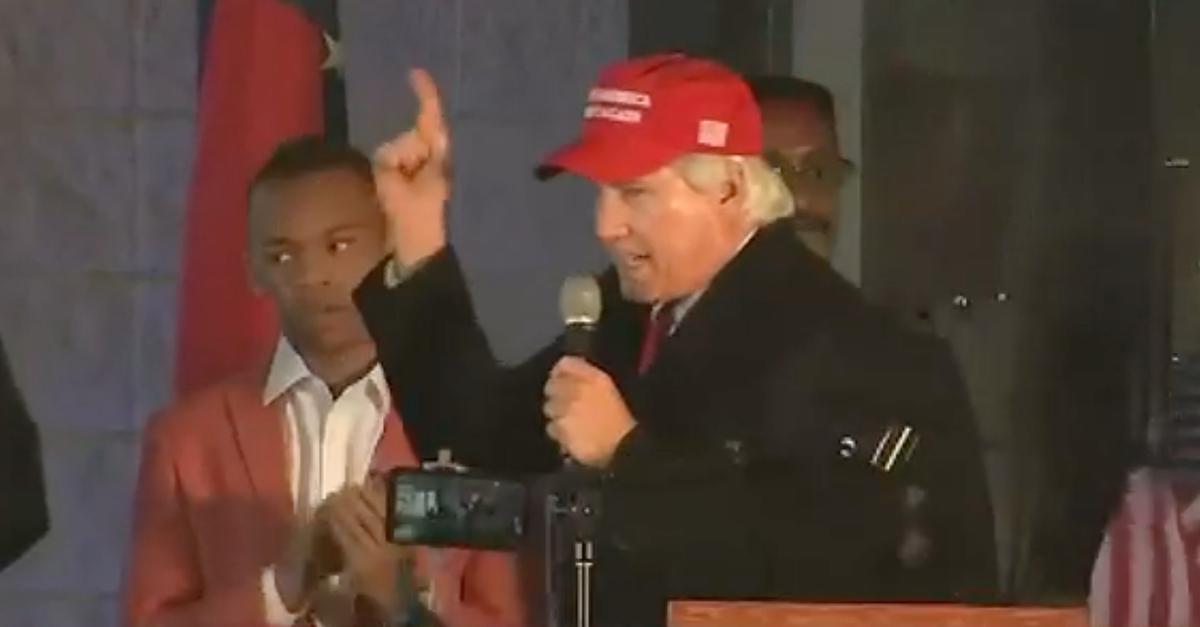 A rambunctious, roughly six-hour hearing to determine whether to sanction every lawyer who joined the “Kraken” legal offensive in Michigan did not go well for those lawyers on Monday. Lin Wood’s defiant post on Telegram immediate after may have made things even worse.

Despite being one of the most visible public faces of the “Kraken” litigation, Wood claimed on Monday: “I played absolutely no role in the drafting of the complaint.”

It is easy to see why Wood may want to distance himself: Counsel for the city of Detroit asked U.S. District Judge Linda Parker to refer him and everyone else whose names appear in the pleadings and filings for disbarment proceedings.

Setting virtual proceedings via Zoom, Judge Parker “absolutely prohibited” any recordings, referring to Local Rule 83.32 (e)(2) for the Eastern District of Michigan. Those rules lay out clearly: “Taking photographs or video recordings in connection with any Judicial Proceeding (including any participants in a Judicial Proceeding while they are in a courtroom or its environs), and the recording or broadcasting of Judicial Proceedings by radio or television or other means is prohibited.”

The section of the local rules outlining violations of these provisions reads:

(1) Attorney Discipline. An attorney violating this rule may be subject to discipline, including debarment, in accordance with Local Rule 83.22.

(5) Consent to Provisions. Any person bringing into a Federal Court facility of its environs an Electronic Device shall be determined to have consented to the provisions of this rule.

“We Would File Those Same Complaints Again”

Within hours of the close of those proceedings, Lin Wood shared a video snippet on his more than 840,000-follower Telegram account, featuring Sidney Powell’s closing monologue.

“Sidney Powell elegantly states her case at the end of the hearing,” Wood wrote, sharing a video that Law&Crime declined to post or screenshot to comply with the court’s rules. “Surprisingly, the judge let her speak.”

Powell’s acrimonious closing remarks accused the judge of conducting her proceedings in a way that diminished the public’s confidence in federal elections and the U.S. judiciary.

“We have practiced law with the highest standards. We would file these same complaints again. We welcome an opportunity to prove our case. No court has ever given us that opportunity,” she complained.

Four federal judges, nominated by Democratic and Republican presidents, all rejected the “Kraken” lawsuits, the name Powell gave to her quartet of lawsuits in a nod to the mythical, octopus-like monster.

“This is one of the proceedings that leaves the American public with no confidence either in our election system or our judicial system,” Powell claimed.

“We Live in Extraordinary Times”

Despite Powell’s accusatory tone, Judge Parker coolly and methodically pressed Powell and her co-counsel for what vetting, if any, they performed on the piles of affidavits that they submitted to the court. She answered Powell’s closing harangue politely.

“All right, thank you for those remarks,” Parker replied.

Wood subsequently deleted that post, writing that he did not record anything but shared a video by someone who did.

“I was asked by my present counsel to remove the Telegram post where I had shared another channel’s recording of Sidney Powell’s comments at the end of the hearing,” Wood wrote. “I followed his instructions.”

“Did the court really think the public would not record the public hearing when the court made it available online to the public???” Wood asked. “We live in extraordinary times.” 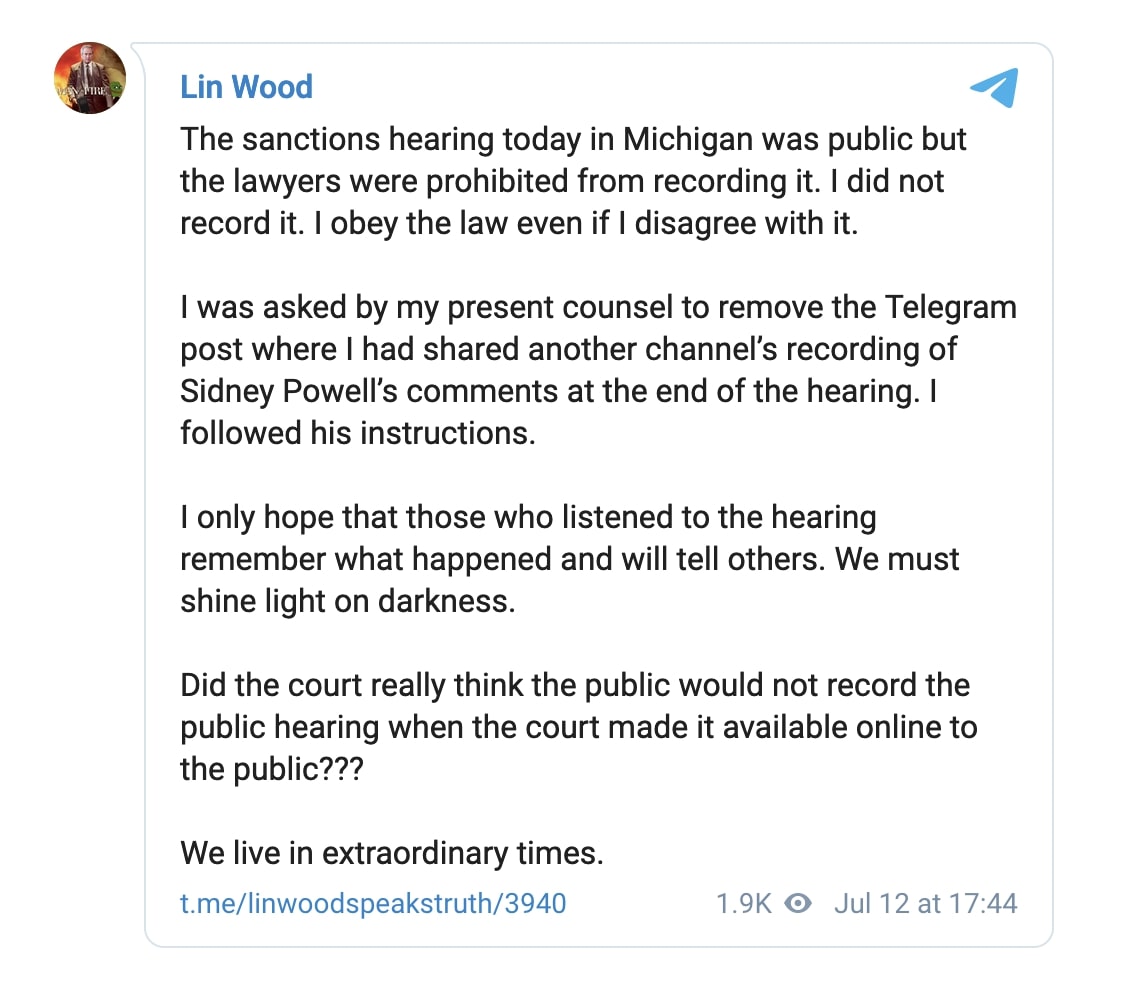 In another Telegram post, Wood reiterated his assertion that he had “no role whatsoever” in drafting and filing the Michigan case, and he said Powell confirmed as much. He added: “I thought I was attending a hearing in Venezuela or Communist China.”

A lawyer representing the “Kraken” team, Donald Campbell, used an inflammatory comparison to the Nazi regime in making a point about how judicial review distinguishes the United States from the world’s tyrannies. Detroit’s lawyer David Fink depicted the “Kraken” case in court as a vehicle of the “Big Lie” of election fraud, noting that he filed the sanctions motion one day before the Jan. 6th siege of the U.S. Capitol.

Fink blamed the rhetoric and ideas the lawsuits fostered for that assault on U.S. democracy.