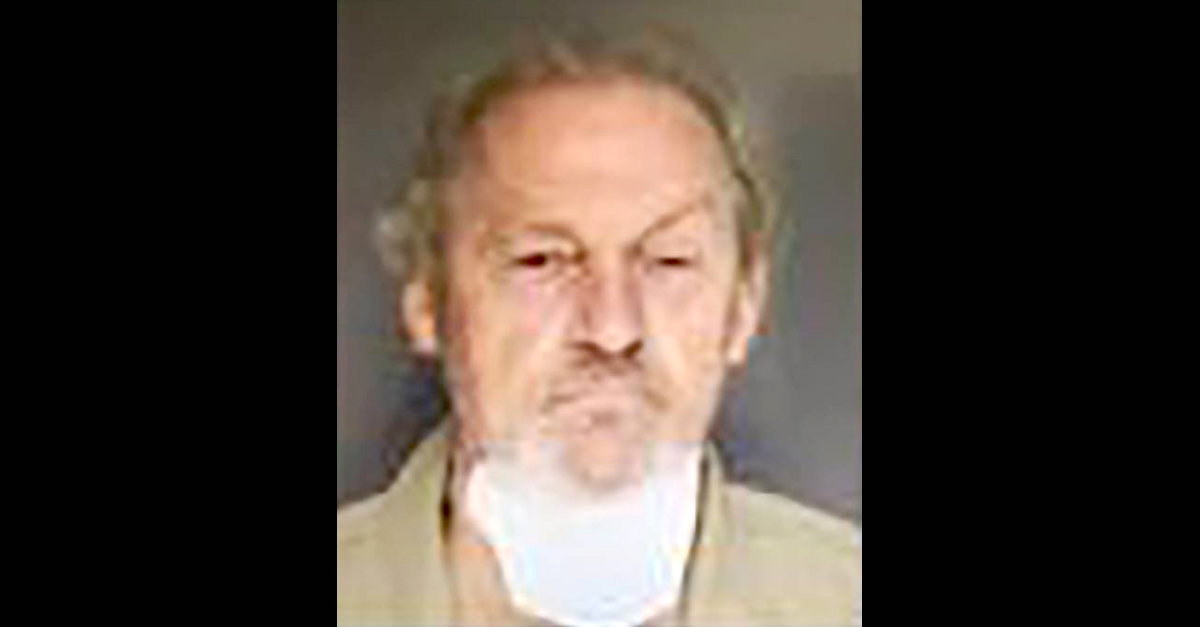 An arrest in South Carolina announced late Tuesday is shedding light on the inner workings of a prominent legal family rocked by a double murder this past summer and a subsequent shooting of a third family member earlier this month.

Attorney Alex Murdaugh was shot in the head on Sept. 4th. Though he was reportedly airlifted to a hospital, he apparently told 911 dispatchers that he suffered only a “superficial” head wound when someone in a truck passed him, turned around, and pulled the trigger. The bizarre shooting occurred about two and a half months after Murdaugh’s wife Margaret, 52, and his son Paul, 22, were found murdered in mid-June. Paul Murdaugh was facing increasing legal jeopardy at the time of his death in connection with a boating crash that caused the death of college student Mallory Beach, 19.

Videos have emerged of the deadly and drunken boat crash that landed South Carolina man Paul Murdaugh in legal trouble two years before he was found executed alongside his mother https://t.co/4OXuCe7Ab6 pic.twitter.com/Cm3nMkLraa

According to the South Carolina Law Enforcement Division (SLED), Curtis Edward Smith, 61, of Colleton County was arrested “in connection with the shooting incident involving Alex Murdaugh” in Hampton County. 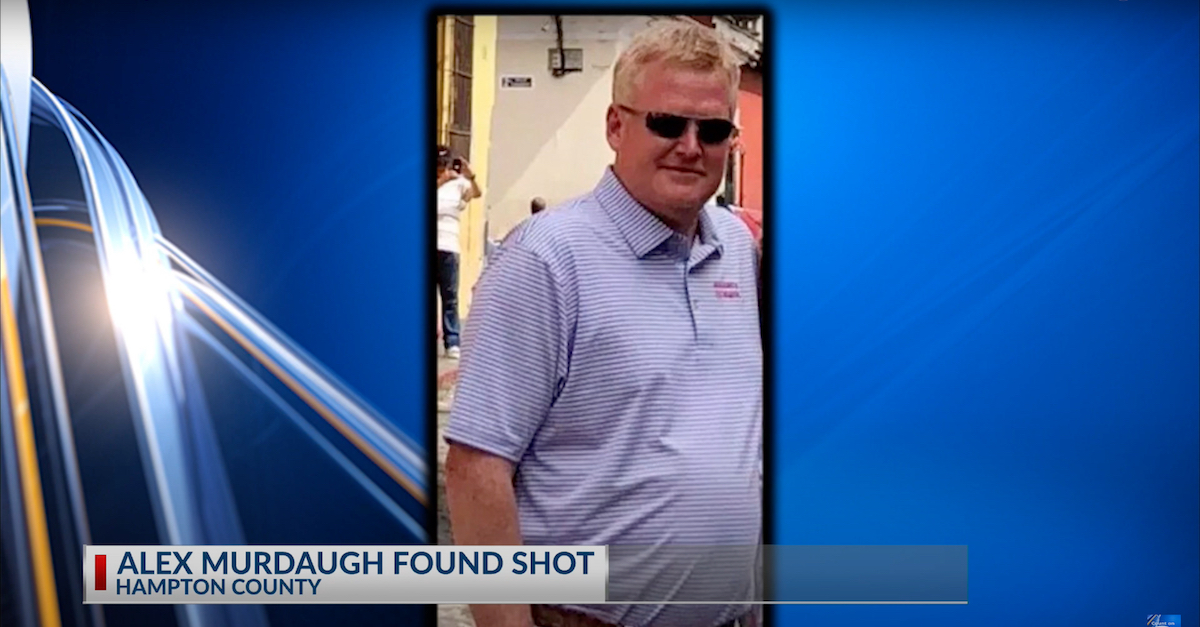 Murdaugh admitted to SLED that he hired Smith to kill him, according to documents released by SLED late Tuesday.

“Mr. Smith followed Mr. Murdaugh to Old Salkehatchie Road and shot Mr. Murdaugh as he stood in the roadway,” the affidavit continues. “After shooting Mr. Murdaugh in the head, Mr. Smith drove to an unknown location where he disposed of the firearm.  Mr. Murdaugh survived the shooting and was transported to the hospital for treatment.”

Murdaugh confessed to the scheme on Sept. 13th, the affidavit says. He told SLED that he wanted his son to collect a $10 million life insurance policy. Smith admitted on Sept. 14th that he was “present during the shooting of Mr. Murdaugh and to disposing of the firearm afterwards,” the affidavit also says.

Smith is currently charged with assisted suicide, assault and battery of a high aggravated nature, pointing and presenting a firearm, insurance fraud, and conspiracy to commit insurance fraud in connection with the Murdaugh shooting. However, SLED said in a press release that it expects additional charges to be filed at a later time.

Smith was also charged with the distribution of methamphetamine and possession of marijuana. He was booked at the Colleton County Detention Center in Walterboro, S.C., SLED said. Jail records indicate he was in custody as of 3:08 p.m. Tuesday.

Murdaugh, 53, is from a family described as a legal dynasty in South Carolina’s Low Country. His father, grandfather, and great-grandfather all served as prosecutors in the state’s 14th Circuit for 87 consecutive years. Though Murdaugh was never the top prosecutor in the local circuit, he did work as a part-time prosecutor in the office. However, he primarily was engaged in private practice — a job that started to unravel about the time of the Sept. 4th incident. Murdaugh’s law firm alleged that he resigned the day before he was shot after misappropriating money. Murdaugh said he was planning to enter a rehab facility. The South Carolina Supreme Court agreed to suspended Murdaugh’s law license on an interim yet indefinite basis on Sept. 8th pending an ethics probe.

Richard Harpootlian, an attorney who represents Murdaugh, told NBC’s “Today” show on Wednesday that Murdaugh was taking opioids to cope with the killings of his wife and son. Murdaugh entered into the admitted plot with Smith because he thought his $10 million insurance policy contained a suicide clause which would have limited or prevented payments if he died by his own hands, Harpootlian said.

Harpootlian also told NBC that the plot was an “attempt on his part to do something to protect his child.”

“Alex believed that ending his life was his only option,” Harpootlian and Jim Griffin, another Murdaugh attorney, told “Today” in a separate written statement. “Today, he knows that’s not true.”

“For the last 20 years, there have been many people feeding his addiction to opioids,” the statement continued. “During that time, these individuals took advantage of his addiction and his ability to pay substantial funds for illegal drugs . . . [o]ne of those individuals took advantage of his mental illness and agreed to take Alex’s life, by shooting him in the head.”

Harpootlian told NBC that he expected Murdaugh to be charged sometime soon. Though the documents released by SLED refer to Murdaugh as a co-defendant, he does not appear to have been arrested or charged as of the time of this writing.

The Murdaugh lawyer also told NBC that his client came clean to the authorities because “he didn’t want law enforcement spending time on this fake crime instead of focusing on solving the murders of Maggie and Paul.”

Charleston, S.C. CBS affiliate WCSC-TV reported in June that SLED was reopening its investigation into the 2015 death of a 19-year-old man in Hampton County. That case was reopened because of information SLED obtained during the Murdaugh investigation.

According to WCSC, authorities have believed that the teen, Stephen Smith, ran out of gas on his way home from college and was likely struck and killed by the mirror of a passing vehicle. But his family has long argued that the evidence doesn’t line up.

“He called his sister one night he ran out of gas and he hid in the woods and would not come out until he was sure it was her,” his mother, Sandy Smith, told Savannah, Ga. CBS affiliate WTOC-TV in 2015. “We know for a fact it was not a hit and run. Stephen would not have been in the roadway.”

WCBD reported that “many connected” Smith to Alex Murdaugh’s other son Buster Murdaugh:

It is unclear if Stephen Smith is related to Curtis Edward Smith.

Read some of the documents released by SLED over the last several months below: