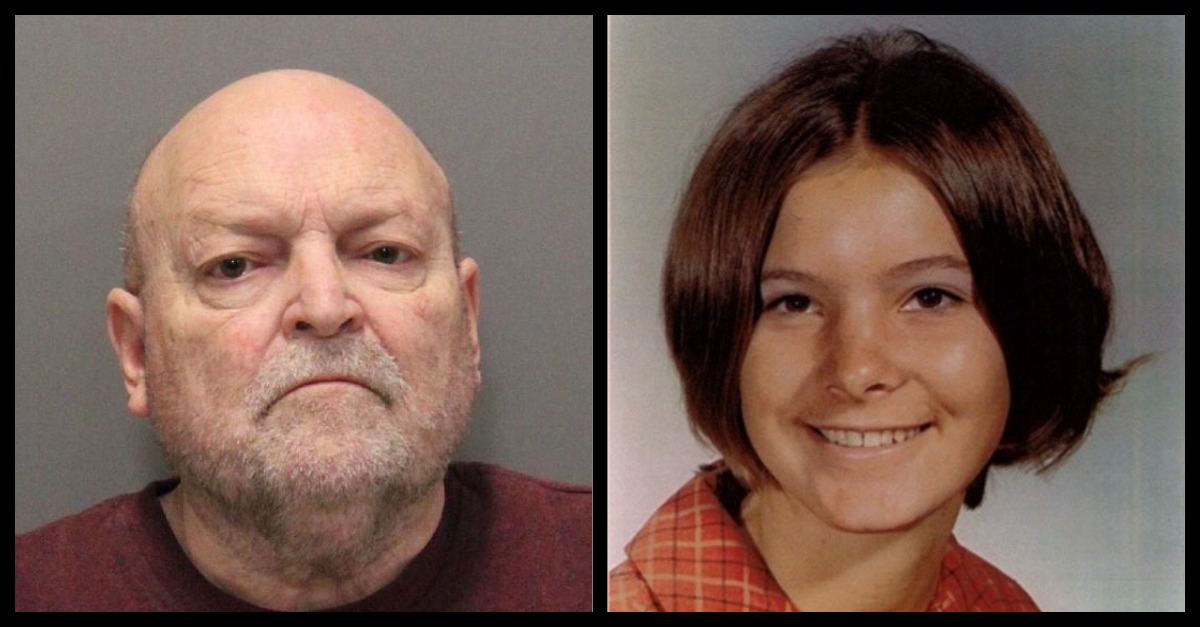 Janet Ann Taylor was just 21 years old when she was strangled to death with such force that the ribbed fabric from her turtleneck left visible impressions on her skin in 1974. On Tuesday, over 48 years later, her killer was convicted by a jury in Northern California.

San Mateo County jurors heard the evidence against the defendant for nearly two weeks. In less than an hour, 77-year-old John Arthur Getreu was convicted of murder for the second time in his life–with yet a third murder trial waiting in the wings sometime next year.

A college sophomore at the time of her death, Taylor’s corpse was discovered by a truck driver in a ditch on land belonging to Stanford University on March 24, 1974. Aside from being strangled, her clothes were severely ripped and torn–her raincoat split at a shoulder seam and her shirt opened all the way. Her face had also been beaten. Evidence showed that she fought back. Authorities were never clear on whether the victim was raped, but they suspected that was the killer’s plan.

“He took her with the intent to rape her,” San Mateo County Deputy District Attorney Josh Stauffer told jurors in a closing statement, according to ABC News. “He attacked her. Tore her clothes. Struck her in the face. Repeated punches to the face. He strangled her.”

Taylor was not a Stanford student. She attended Canada College and was the youngest daughter of football legend and former Stanford coach, Chuck Taylor.

Getreu was convicted on the strength of DNA evidence culled from a disposable coffee cup he used and then threw away in 2018. That sample was matched with DNA swabbed from the inside and outside of Taylor’s pants–after her cold case murder was reopened in 2017. The defense had attempted to argue that police somehow mishandled the DNA evidence in the case by suggesting the defendant’s sample could have been deposited by someone else.

Defense attorney John Halley suggested that the San Mateo County and Santa Clara County sheriff’s departments had been reckless when they shared evidence concerning Taylor’s murder and the similar death-by-strangulation rape and murder of 21-year-old Leslie Marie Perlov in February 1973. Her corpse had also been found on Stanford-owned land some 16 months before Taylor was killed.

Deputy DA Stauffer accused the defense of “trafficking in fairytales” and insisted that the two law enforcement agencies had only ever shared photographs with one another and not evidence from any clothing.

In the end, jurors didn’t accept the defense’s line of thought.

Still, it was DNA evidence from the Perlov case that first led investigators to Getreu as a suspect in the Taylor case. Perlov had also fought back against her assailant, scraping tell-tale genetic material away from her killer in the process. That material was stored underneath her fingernails and preserved for 45 years.

Getreu was initially arrested by Santa Clara County sheriff’s deputies in November 2018 and was still in custody there when his DNA sample was matched to the evidence collected in the Taylor case. The process played out quicker in San Mateo and the defendant was arraigned there for Taylor’s murder less than six months later.

“She fought for her life,” Diane Perlov, Perlov’s younger sister, told the Mountain View Voice. “The evidence under her fingernails is what led us here. I remember a detective said, ‘She made this happen.'”

Getreu has pleaded not guilty in the Perlov case.

He was previously convicted of statutory rape for having sex with a teenage girl member of his Explorer Scout Troop in 1975.

Before that, he was convicted of the brutal rape and strangulation murder of 15-year-old Margaret Williams in Germany in 1964.

According to The Almanac, Getreu served nearly six years out of a 10-year sentence for rape with fatal consequences. He was released after officials determined he was likely to lead a “righteous life.”