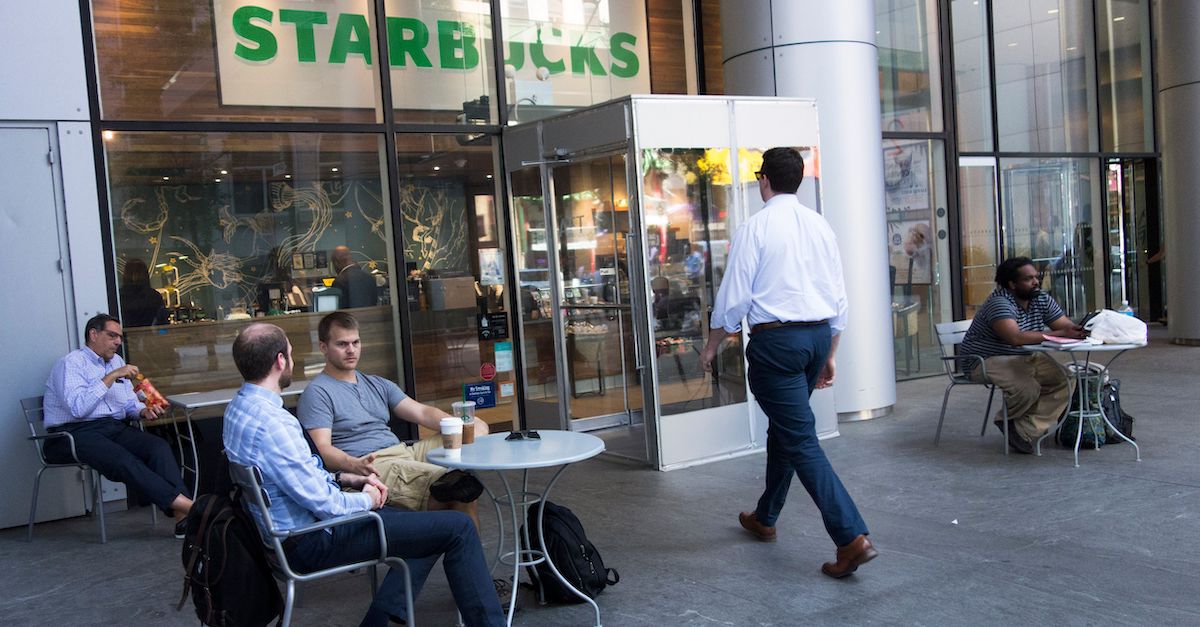 A class action lawsuit was filed on Tuesday against Starbucks at the New York State Supreme Court, alleging that the coffee company exposed customers to a “toxic pesticide” Dichlorvos (DDVP) and “knowingly put its customers’ well-being at risk” in Manhattan stores.

Christopher George, Jessica Chandra, Lisa Jame, Chelsea Maley, April Boddie, Mickael Louis, Eduardo Leach, Josh Folan, Logan Vairo, and Basma Attieh are named plaintiffs in the class. They and lawyers at Wigdor LLP alleged that Starbucks stores in Manhattan have “for many years been permeated with a toxic pesticide” known as DDVP. DDVP was described as a “highly poisonous and completely unfit for use in proximity to food, beverages and people.”

The lawsuit says that DDVP is an ingredient in a product called No-Pest Strips. The product is meant to emit DDVP into the airspace of “unoccupied structures” to “rid such structures of vermin, bugs and insects.”

“However, they are explicitly not to be used anywhere human beings are present, and especially in situations where the pesticide could come into contact with food and/or drinks,” the lawsuit said. It was further alleged that Starbucks employees and “third-party exterminators” informed regional and district managers “[o]n numerous occasions over the last several years” about the the use of No-Pest Strips in Manhattan stores.

Plaintiffs alleged violations of General Business Law §349 and § 350, and demand a jury trial.

“New Yorkers deserve to know what they are putting in their bodies and we call upon Starbucks to explain, as we allege in the complaint, its failure to take appropriate care for its customers’ well-being,” attorney Douglas H. Wigdor said in a statement obtained by Law&Crime.

A Starbucks spokesperson pushed back on these claims, however.

“We take pride in creating a safe environment for our employees and customers, and any products used in our stores must meet high safety standards in order to comply with our company guidelines,” the spokesperson told Law&Crime. “Upon hearing reports that employees had used a product that violated company guidelines, Starbucks immediately instructed local leadership to remove these products. We can confirm that these products have been removed and our stores are safe.”

“Additionally, we consulted with experts who concluded that employees and customers were not exposed to health risk,” the spokesperson continued.

Starbucks itself also released a statement, saying the lawsuit lacks merit and is an attempt to “incite public fear.”

“The lawsuits filed by the plaintiffs and their attorneys lack merit and are an attempt to incite public fear for their own financial gain. We go to great length to ensure the safety of our partners and customers, and we are confident they have not been put at risk,” the statement said. “Starbucks takes the concerns of its partners very seriously and does not take action or retaliate against partners who express them.”

You can read the filing in full below.

Class Action Lawsuit Against Starbucks by Law&Crime on Scribd