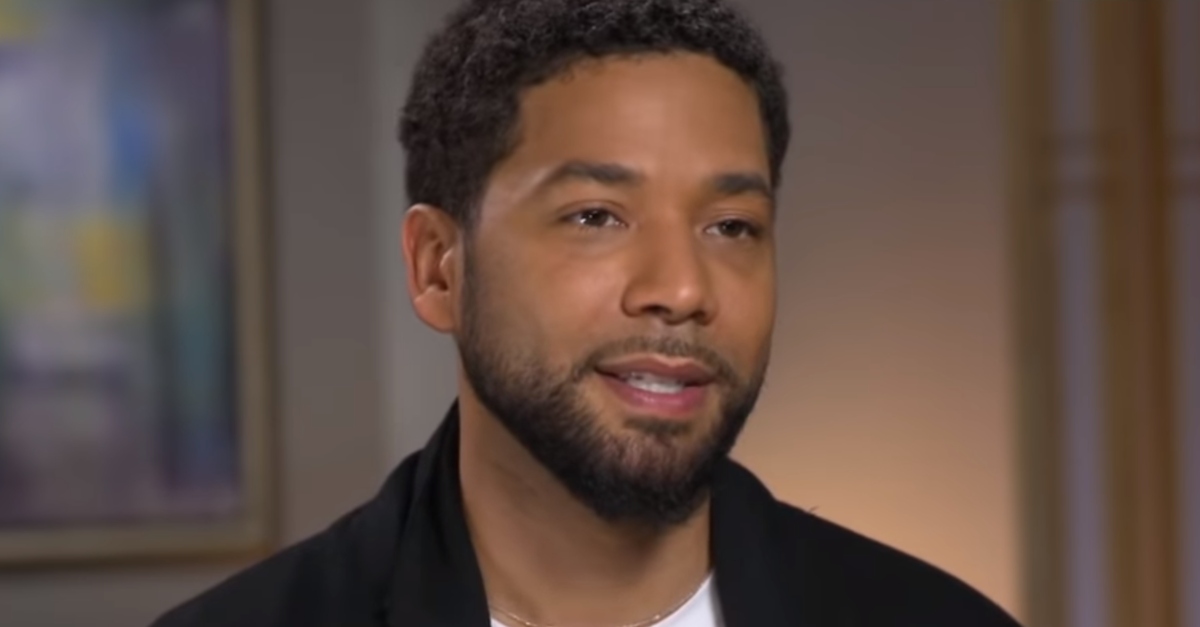 A Chicago judge, months after the Jussie Smollett debacle unfolded in a painfully public way, has named a special prosecutor to review the handling of the case in Cook County.

Attorneys for the Empire actor previously called out the judge for going here, but the judge was not deterred. Cook County Judge Michael Toomin on Friday named former U.S. Attorney Dan K. Webb as special prosecutor. According to the Chicago Sun-Times, Webb is “[O]ne of the most high-profile lawyers in Chicago” and was the “top federal prosecutor in Chicago from 1981 to 1985.”

Judge Toomin ruled in June that the special prosecutor that would handle the case would look into why local prosecutors decided to drop the case against Smollett, and why State’s Attorney Kim Foxx seemed to be involved in the investigation even when she said she recused herself. Foxx’s communication with Michelle Obama’s former chief of staff might also be reexamined.

Police in Chicago said Smollett faked being the victim of a racist, homophobic attack perpetrated by individuals saying, “This is MAGA country.” He recruited Abimbola (Abel) and Olabinjo (Ola) Osundairo to stage the assault, they said.

RELATED: Chicago PD Video at Jussie Smollett’s Apartment Shows He and His Manager Asked Cops to Turn Body Cams Off

Sixteen felony disorderly conduct counts for filing a false report were dropped in March. After that happened, cops and the mayor’s office instisted on Smollett’s guilt.

“After reviewing all of the facts and circumstances of the case, including Mr. Smollet’s volunteer service in the community and agreement to forfeit his bond to the City of Chicago, we believe this outcome is a just disposition and appropriate resolution to this case,” Foxx said in a statement at the time. Foxx, it was later revealed, acknowledged in a text message that she was “recused.” Still, she said she believed Smollett was being “overcharging.”

“Sooo……I’m recused, but when people accuse us of overcharging cases…16 counts on a class 4 becomes exhibit A,” she said. Foxx’s office would say the use if the term recuse “was a colloquial use of the term rather than in its legal sense.”

First assistant state attorney Joseph Magats, the Foxx deputy who handled the case when Foxx said she recused herself, previously told WLS the the dropped charges weren’t an exoneration of Smollett.

“We believe he did what he was charged with doing,” he said.

One obvious reason Smollett’s attorneys sought to get special prosecutor appointment cancelled is that the judge said this prosecutor would be allowed to “further prosecute Smollett” if warranted.

“There was no master on the bridge to guide the ship as it floundered through uncharted waters, and it ultimately lost its bearings,” Judge Toomin said. “The unprecedented irregularities identified in this case warrants the appointment of independent counsel to restore the public’s confidence in the integrity of our criminal justice system.”

Here’s what Smollett’s attorneys had to say about Toomin in July:

This case has been a travesty of justice and an unprecedented deprivation of Mr. Smollett’s constitutional rights, including the presumption of innocence and right to a fair trial. Not only have the media and the public failed to critically look at the evidence (and lack thereof) against Mr. Smollett, but now, the court has accepted false media reports to presume Mr. Smollett guilty of charges which he pled not guilty to and which were dismissed against him.