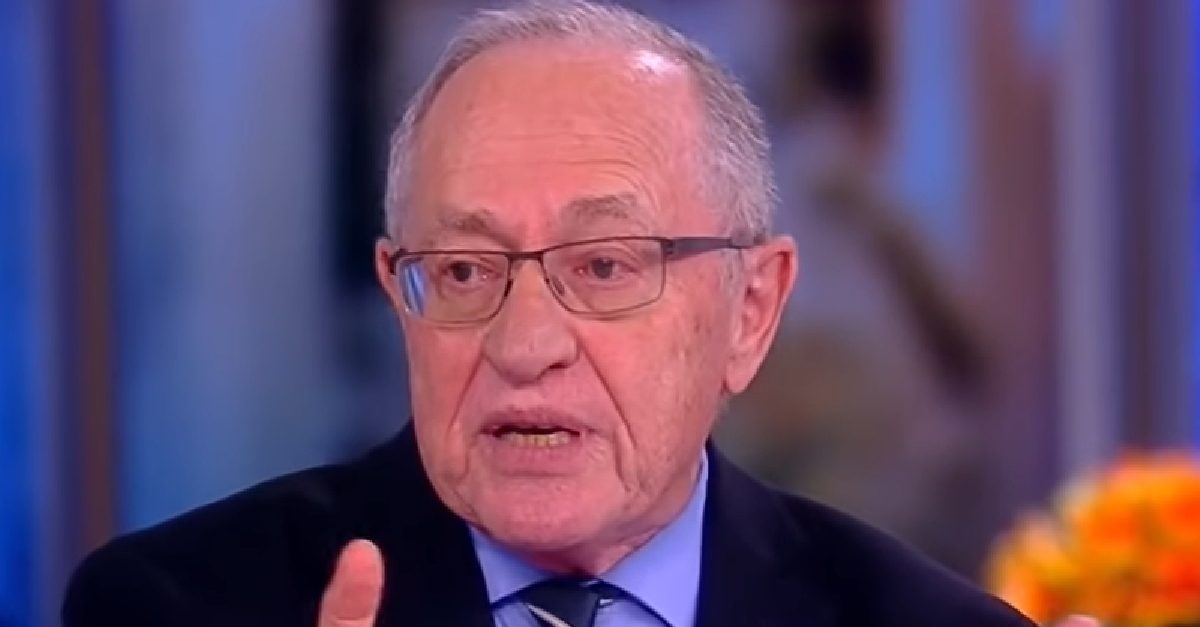 Dershowitz wrote a letter to the New Yorker editors, which he said they would not print, attempting to refute 13 specific points mentioned in the article written by Connie Bruck.

“The letter to the editor that The New Yorker refused to publish. I offered to shorten it but its editor didn’t want its readers to learn the truth about The New Yorker’s sloppy and biased journalism and fact checking,” Dershowitz tweeted Friday, along with a link the letter.

His letter began by noting that Bruck and the New Yorker had already made one correction to the story regarding the death of Dershowitz’s first wife, Sue Barlach. The original article claimed that Barlach “walked to the middle of the Brooklyn bridge and leapt to her death,” but was later updated to read that “on New Year’s Eve, 1983, she drowned in the East River, in an apparent suicide.”

Dershowitz suggested the New Yorker correction was emblematic of the article’s “reportorial bias” and non-existent fact-checking. He claimed, without providing evidence, that the story was “an invention of a website called Rense.com, a Holocaust denying conspiracy site that specializes in falsely accusing prominent Jews,” and stated that “fact checkers never asked about it.”

The New Yorker, for its part, has already denied that the anti-Semitic website played any role in their reporting. In an email to Vox last month, a spokesperson for the New Yorker wrote as follows: “Rense.com formed no part of the sourcing of this story […] the article has been updated to better reflect the circumstances under which Sue Barlach died.”

Dershowitz then took aim at Bruck for allegedly mischaracterizing witness testimony and for describing his responses to a 2015 deposition as “often refusing to answer questions.” He also took aim at Virginia (Roberts) Giuffre, a former Mar-a-Lago locker room attendant who previously accused Dershowitz of sexual misconduct; she is currently suing him for defamation. She has claimed that Dershowitz participated in the now-deceased Jeffrey Epstein’s alleged child sex-trafficking operation.

Dershowitz once admitted to getting a massage at an Epstein residence, but said the woman was an “old, old Russian” and that he kept his underwear on. He also said he did not see young women/young girls there. Dershowitz was one of the attorneys who represented Epstein more than a decade ago when Epstein secured an extraordinary plea deal in Florida.

In his letter, Dershowitz accused Giuffre of violating a court order by entering into an illegal deal with Bruck to provide her with sealed emails and manuscripts for her reporting. Dershowitz also said he has waived the criminal statute of limitations and would welcome an FBI investigation into Giuffre’s allegations against him.

“I have repeatedly said I would waive the criminal statute of limitations so that the FBI can investigate both me and my false accusers. In fact, I have already waived it by submitting categorical denials under oath. If those denials were false, I would be subject to criminal prosecution,” Dershowitz wrote.

He ended the letter by making a clear statement of his innocence regarding Giuffre’s claims.

“The bottom line is that I never met my false accusers and that there is not a scintilla of evidence to support their inventions,” he said.