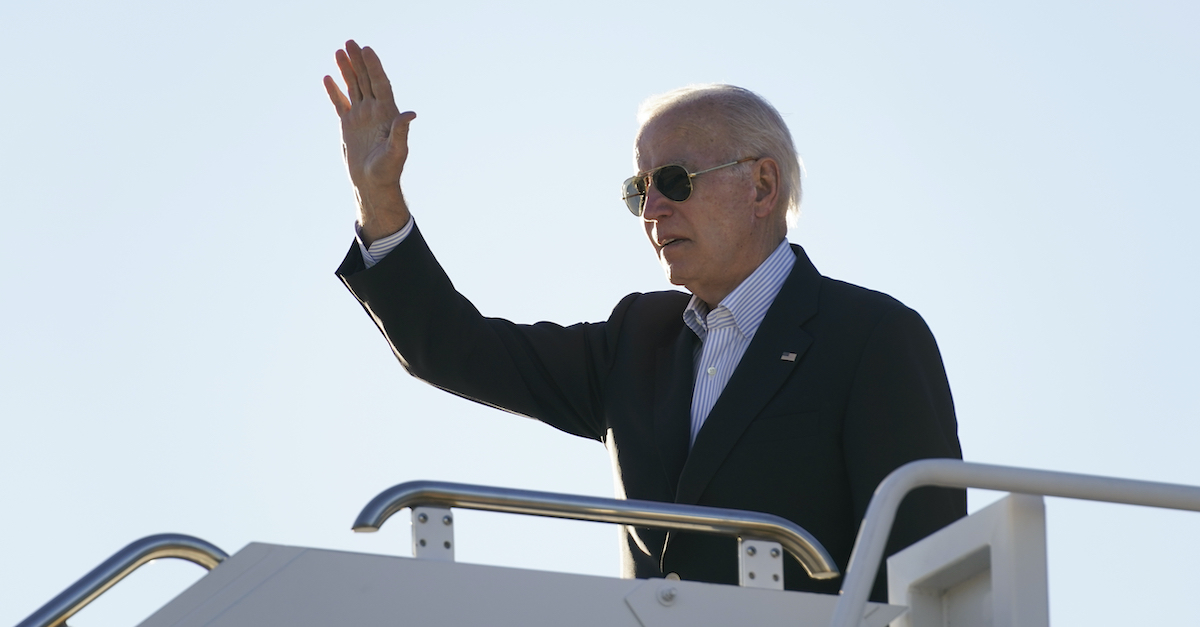 A special counsel will be appointed to investigate the discovery of classified documents in President Joe Biden’s home in Wilmington, Delaware, as well as those found in the Penn Biden Center, Attorney General Merrick Garland said on Thursday afternoon.

“As I’ve said before, I strongly believe that the normal processes of this department can handle all investigations with integrity,” Garland said. “But under the regulations, the extraordinary circumstances here require the appointment of a special counsel for this matter. This appointment underscores for the public the department’s commitment to both independence and accountability in particularly sensitive matters to making decisions indisputably guided only by the facts and the law.”

To lead the review, Garland appointed veteran prosecutor Robert K. Hur, who served as U.S. Attorney for the District of Maryland from 2018 and 2021, during the Donald Trump administration. But his tenure spans decades, dating back to 2003.

Hur worked on counterterrorism, corporate fraud, and appellate matters there for about four years, before his tenure as a line prosecutor in the District of Maryland between 2007 and 2014.

“I will conduct the assigned investigation with fair, impartial, and dispassionate judgment,” Hur said in a statement. “I intend to follow the facts swiftly and thoroughly, without fear or favor, and will honor the trust placed in me to perform this service.”

The blockbuster announcement followed the White House’s confirmation of the classified materials found in Biden’s garage in Delaware.

After the discovery of the first batch of documents at the Penn Biden Center, Biden told reporters at a press conference in Mexico: “People know I take classified documents and classified information seriously.”

Biden’s lawyers discovered the documents when clearing out his office at the University of Pennsylvania, which he described as “a secure office in the Capitol” created during his professorship following his vice presidency.

“He likely will retain private counsel, who will require time to discuss issues with him,” noted Epner, who is a partner at the firm Rottenberg Lipman Rich PC. “The Special Counsel’s appointment will make it much harder for POTUS to brush off the issue as trivial, since the AG had to make a threshold finding to justify the appointment.”

Garland also appointed a special counsel to investigate former President Trump’s handling of classified documents at Mar-a-Lago and actions related to the Jan. 6th attack on the U.S. Capitol. That special counsel, Jack Smith, is a former war crimes prosecutor, and his office defeated Trump’s lawsuit challenging the Justice Department’s retention of the records seized in court-authorized search of the former president’s private club in Florida.

During that search, the FBI discovered more than 100 documents marked classified, including more than a dozen at the levels of Top Secret and above. Counting other classified documents found before that search, federal authorities found 60 Top Secret documents in Trump’s position. Biden says that he has cooperated fully with the investigation, and his lawyers immediately alerted the Justice Department. Authorities say Trump ignored the subpoena, and he is under investigation for obstruction, the unsealed search warrant materials revealed last August.