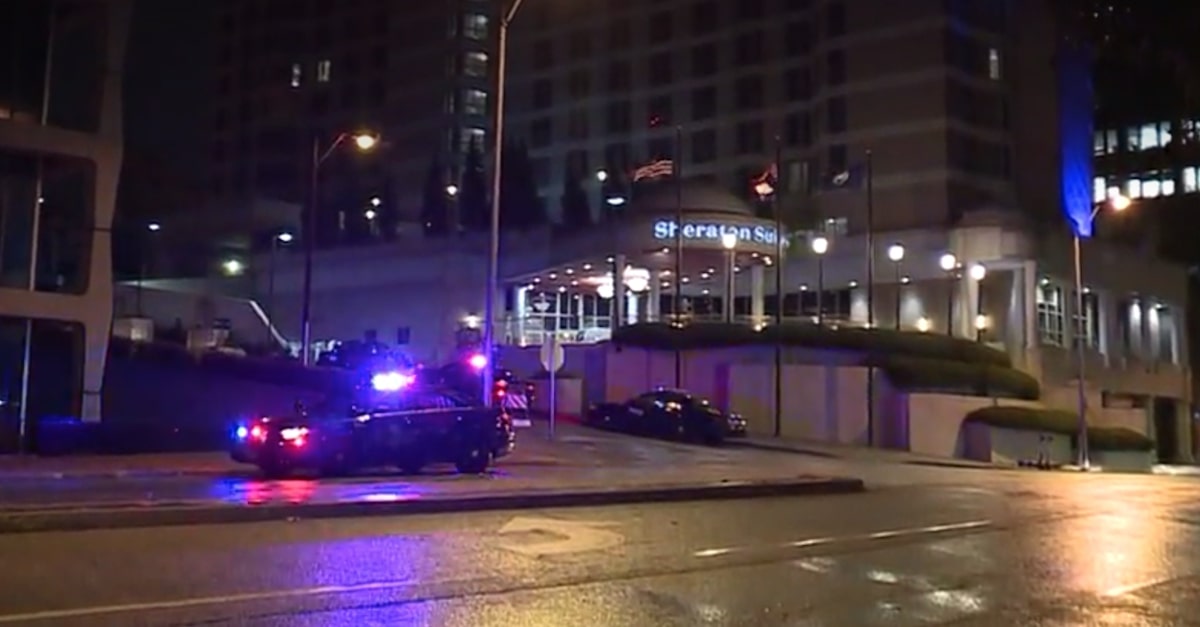 According to authorities, four teens were wounded on Sunday night following an altercation at a Kansas City hotel.

Several teens reportedly gathered at a party in a hotel room at the Sheridan Suites Hotel early Sunday morning when an argument that occurred turned violent. Police said that at least one shooter drew a weapon and fired multiple rounds. Police responded to the shooting at around 3:20 a.m.

As of now, two of the victims are in stable condition and are expected to survive; a third victim is in serious but stable condition, while a fourth person is in critical condition.

Chris Goode, an Uber driver who said he spoke with a family that was sleeping a door down from the shooting, told KSN that the family was “scared to death” and unsure “if there was an active shooter in the hallway or if someone was going to kick their door down.”

Following the shooting, police stayed on the premises all day Sunday collecting evidence and interviewing witnesses. Police are currently on the hunt for the suspect (or suspects) who reportedly fled the hotel prior to the cops’ arrival.

Though this attack involved multiple victims, some may argue it doesn’t fit the definition of a “mass shooting” because the shooter didn’t seem to have been firing indiscriminately at the group of teens. That said, the motive for the shooting is currently unknown. This attack follows a recent spate of foiled mass shootings and mass shootings in Dayton and El Paso that left 31 dead and dozens injured. While red flag laws and other gun-control measures have been discussed since, many are concerned that Congress is moving too slow regarding possible gun control legislation.

Regarding the shooting, Sheridan Suites released the following statement: “The safety and security of our guests is at out utmost priority at all times. The hotel is assisting local authorities as appropriate.”