Rufus Gifford on Trump-Greenland: ‘I Laughed Until I Cried’ | Law & Crime

Former U.S. Ambassador to Denmark on Trump’s Greenland Interest: ‘I Laughed Until I Cried’ 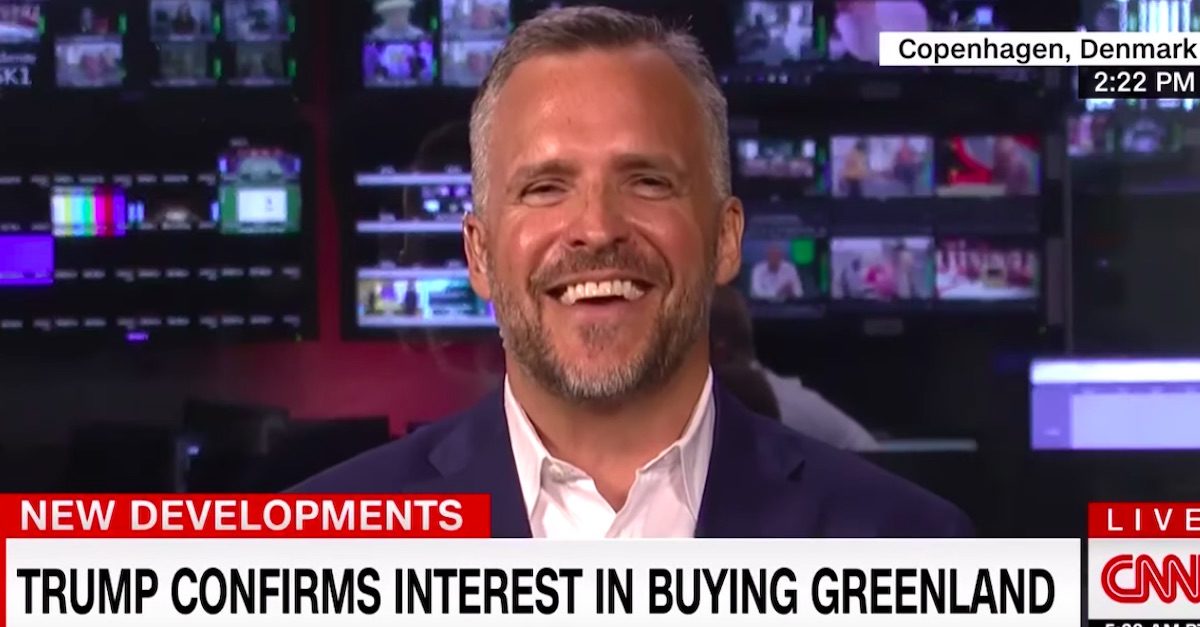 Rufus Gifford, who previously served as the U.S. Ambassador to Denmark from 2013-2017, said he was shocked to learn that the Wall Street Journal’s story about President Donald Trump’s interest in purchasing Greenland wasn’t some kind of joke.

Appearing on CNN’s New Day, an incredulous Gifford said the concept of the U.S. buying Greenland, which is part of the Kingdom of Denmark, was “bizarre.”

“Honestly, I saw the Wall Street Journal headline when I boarded a flight in Boston bound for Copenhagen, and at first I think like many people, I thought it was a joke. Reading more, it became confirmed,” Gifford said. “I shook my head, as I often say, many times as I’ve heard about Trump’s foreign policy decisions, I laughed until I cried. It just seemed to be such a bizarre and cavalier way to talk about what is really a phenomenal and critically important alliance strategically.”

Trump confirmed his interest in purchasing the country Sunday, telling reporters that the idea had been discussed but was “not number one on the burner.”

“Greenland, it got released somehow. It’s something we talked about. Denmark essentially owns it. We’re very good allies with Denmark. We protect Denmark like we protect large portions of the world. So, the concept came up, and I said, certainly, strategically it’s interesting and we’d be interested, but we’ll talk to them a little bit. It’s not number one on the burner,” Trump told reporters in New Jersey.

However, Gifford’s sentiment was closely echoed by Denmark’s current Prime Minister Mette Frederiksen, who responded to questions about Trump’s comments by saying it was “an absurd discussion,” adding that he hoped it was “not something seriously meant.”

Additionally, Greenland’s Ministry of Foreign Affairs last week said in a statement that the country was not interested in any acquisition talks.

“Greenland is rich in valuable resources such as minerals, the purest water and ice, fish stocks, seafood, renewable energy and is a new frontier for adventure tourism,” the statement said. “We’re open for business, not for sale.”

Former US Ambassador to Denmark Rufus Gifford reacts to President Trump’s interest in buying Greenland: “I laughed until I cried because it just seemed to be such a bizarre and cavalier way to talk about what is really a phenomenal alliance” pic.twitter.com/zxgLTnEN4D