‘There Is No Proof’: FEC Chair Says Trump’s Voter Fraud Talk Is ‘Damaging to Our Democracy’ 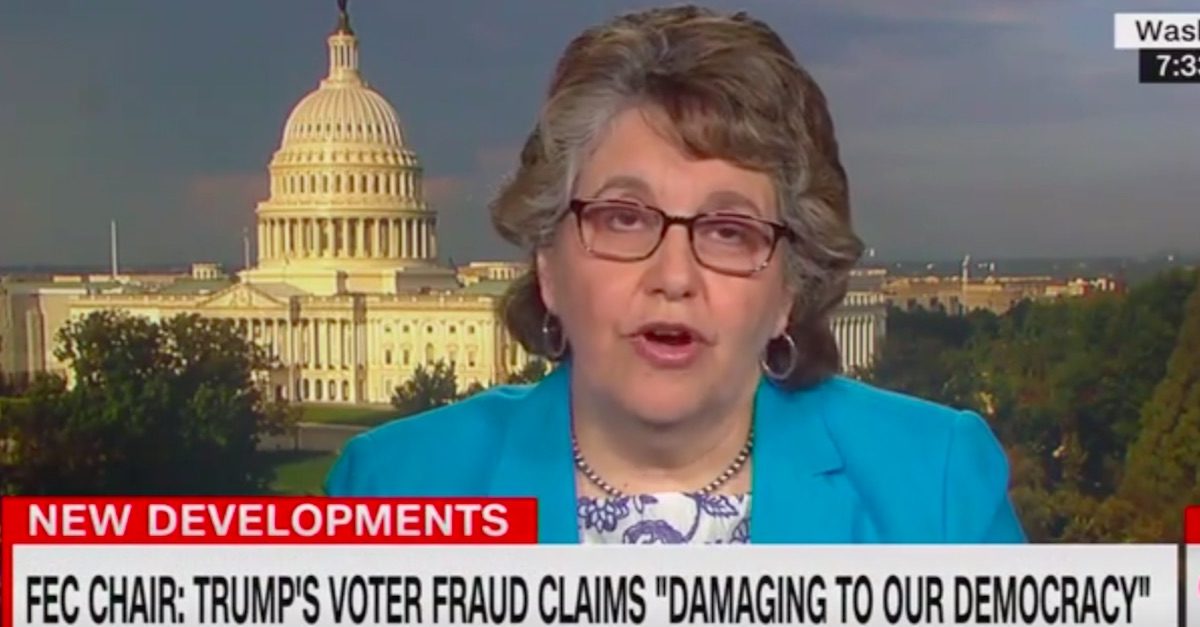 The chairwoman of the Federal Election Commission (FEC) on Monday said that President Donald Trump’s recently repeated claim that he only lost the popular vote in New Hampshire due to widespread voter fraud was “damaging to our democracy.”

Appearing on CNN’s New Day, Ellen Weintraub told host John Berman that the president’s rhetoric could have catastrophic consequences to the country’s faith in the American voting system.

“Facts matter. And people of America need to be able to believe what their leaders tell them,” Weintraub said.

Prior to a rally in New Hampshire on Thursday, Trump asserted that he only lost the Granite State popular vote because of voters from out of state were shipped in to fraudulently vote in the election.

“New Hampshire should have been won last time, except we had a lot of people come in at the last moment, which was a rather strange situation. Thousands and thousands of people, coming in from locations unknown. But I knew where their location was,” Trump said to reporters.

At his rally that night, Trump again told the New Hampshire audience that he should have won the state, but said “it was taken away from us.”

Weintraub added that she wrote a letter to the White House on Friday seeking clarification of Trump’s comments; she said she received no response. Weintraub also said she had not been provided any information or evidence from the administration regarding voter fraud, nor was she aware of any information provided to any local law enforcement agencies.

While New Hampshire does have a larger than average percentage of voters with out of state drivers licenses and vehicle registrations, that is due to the high proportion of college students domiciled in the state, an issue the New Hampshire Supreme Court addressed in 2016. In that ruling, the court noted that under the law, “college students may lawfully claim domicile for voting purposes in the New Hampshire town or city in which he or she lives while attending college.”

Additionally, a study conducted by New Hampshire Public Radio demonstrated that areas with the highest rates of voting by people with out of state driver’s licenses were all in areas that were home to college campuses.