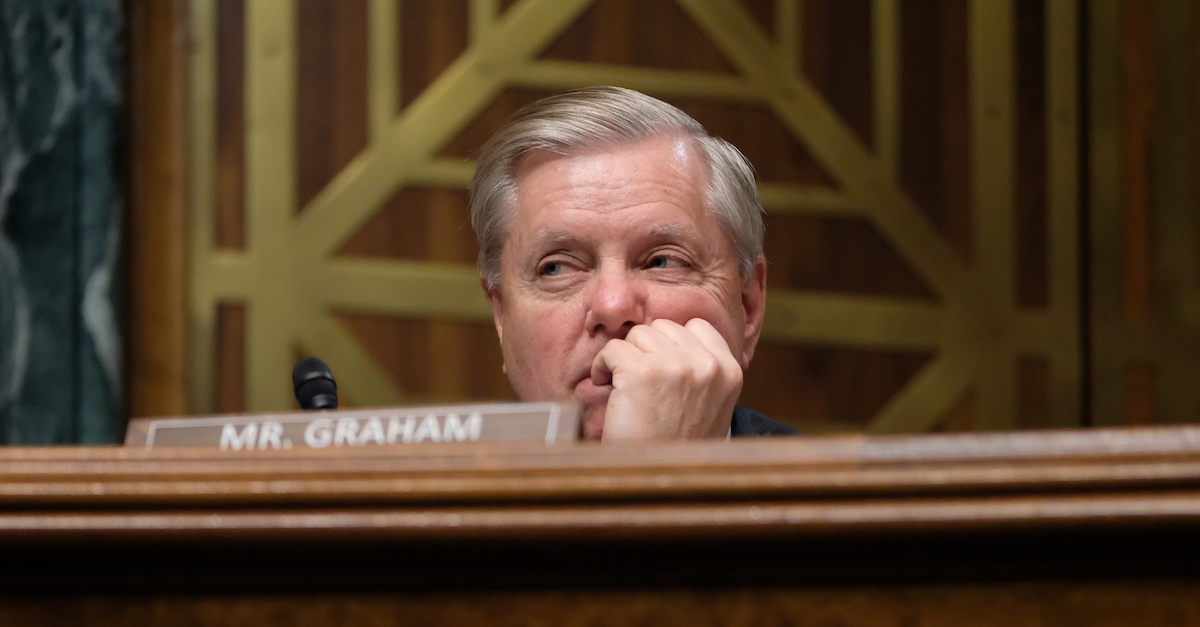 Sen. Lindsey Graham (R-S.C.) has been a frequent target of criticism lately for his defenses of President Donald Trump — and the contrast between what Graham is saying now and what he said 20 years ago has everything to do with it.

Graham, the chairman of the House Judiciary Committee, sparked some outrage on Sunday when he downplayed details from Special Counsel Robert Mueller that Trump took steps to influence or thwart the investigation, even ordering then-White House counsel Don McGahn to tell Deputy Attorney General Rod Rosenstein to fire Mueller.

McGahn, Mueller said, ignored this order. In Graham’s estimation, it seems, that’s all you need to know.

“I don’t care what they talked about. He didn’t do anything. The point is the president did not impede Mueller from doing his investigation,” Graham Face the Nation‘s Margaret Brennan.

“I don’t care what happened between him and Don McGahn,” Graham added. “Here’s what I care about: Was Mueller allowed to do his job? And the answer is yes.”

This is a far cry from Graham’s 1999 comments regarding then-president Bill Clinton and the purpose of impeachment.

“[Y]ou don’t even have to be convicted of a crime to lose your job in this constitutional republic,” Graham said at the time. “If this body determines that your conduct as a public official is clearly out of bounds in your role because […] Impeachment is not about punishment, impeachment is about cleansing the office.”

“Impeachment is about restoring honor and integrity to the office,” he continued.

Although Mueller did not accuse Trump of a crime, he didn’t reach a conclusion on the obstruction of justice question. Many (but not all) have interpreted the obstruction volume of Mueller’s report as an obvious impeachment referral.

“The President’s efforts to influence the investigation were mostly unsuccessful, but that is largely because the persons who surrounded the President declined to carry out orders or accede to his requests,” Mueller said in one passage. Don McGahn was one of those people.

Graham was lambasted on social media for his latest remarks.

“Lindsay [sic] Graham has just given every obstruction defendant a new defense; as long as prosecutors could get some of their work done, no obstruction,” she said.

Former Southern District of New York prosecutor and current MSNBC legal analyst Mimi Rocah said Graham’s comments boiled down to “I don’t care if you tried to rob that bank – as long as no money was stolen it’s all good!”

“There are people in jail right now drafting their motions to the judge about the Graham-Trump defense and why their convictions should be vacated,” Rocah continued. “Probably won’t be granted but it will be a lot of work for prosecutors to explain why.”

Graham’s remarks were also compared to his response to the infamous Loretta Lynch–Bill Clinton tarmac meeting.

“Was it just a tarmac meeting or was there or was it more? I believe there was more there,” Graham said.