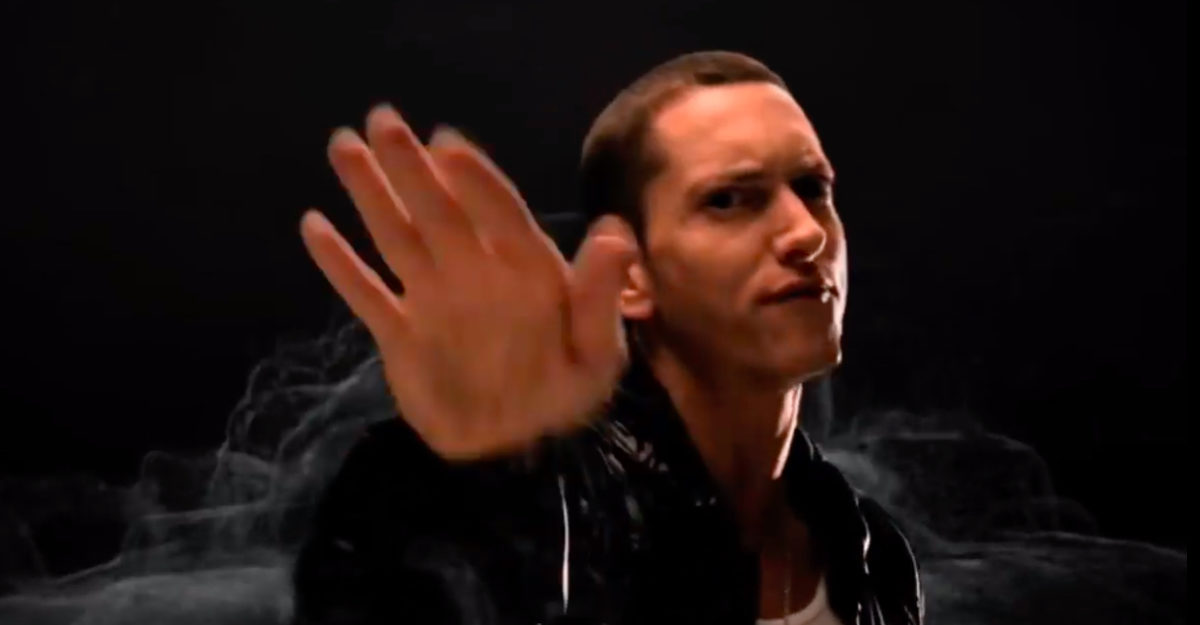 On the lead track of his 2018 Kamikaze album, rapper Eminem (Marshall Mathers) claimed the Secret Service paid him a visit after he released a song “threatening” the safety of President Donald Trump. It turns out that it was true the Secret Service interviewed Eminem, and this apparently happened after a TMZ employee asked they were investigating lyrics “threatening” Ivanka Trump.

“Cause Agent Orange just sent the Secret Service / To meet in person to see if I really think of hurtin’ him / Or ask if I’m linked to terrorists / I said, ‘Only when it comes to ink and lyricists,’” the Grammy-winning artist rapped on the song “The Ringer.”

At the time, many speculated that the investigation was prompted by Eminem’s 2017 performance of “The Storm,” a virulently anti-Trump song that aired on BET. The  song began with the lines, “That’s an awfully hot coffee pot / Should I drop it on Donald Trump? Probably not / But that’s all I got til I come up with solid plot / Got a plan now I gotta hatch it like a damn Apache with a tomahawk.”

While Secret Service standing policy precluded the agency from ever confirming or denying the claim, BuzzFeed News reporter Jason Leopold on Thursday obtained 40-pages of documentation through a Freedom of Information Act (FOIA) request. This shows that agents charged with protecting the president did, in fact, interview Eminem about his threatening lyrics, but they targeted a different member of the Trump family.

BuzzFeed reported that the Secret Service was initially alerted to the lyrics when a TMZ employee sent an email asking if agents were going to investigate threats levied at First Daughter Ivanka Trump in the song “Framed.”

According to the documents, “the song was about a murder that he couldn’t remember and must be ‘framed’ with the specific lyrics.” This is what the report stated before citing the lyrics in question verbatim.

“Donald Duck’s on as the Tonka Truck in the yard, But dog, how the f*ck is Ivanka Trump in the trunk of my car?…’cause I feel somewhat responsible for the dumb little blonde Girl, that motherf*ckin’ baton twirler that got dumped in the pond, Second murder with no recollection of it…”

The Secret Service previously interviewed Eminem in 2003 after he released the song “We as Americans,” in which he rapped, “I don’t rap for dead presidents / I’d rather see the President dead.” George W. Bush was president at the time.