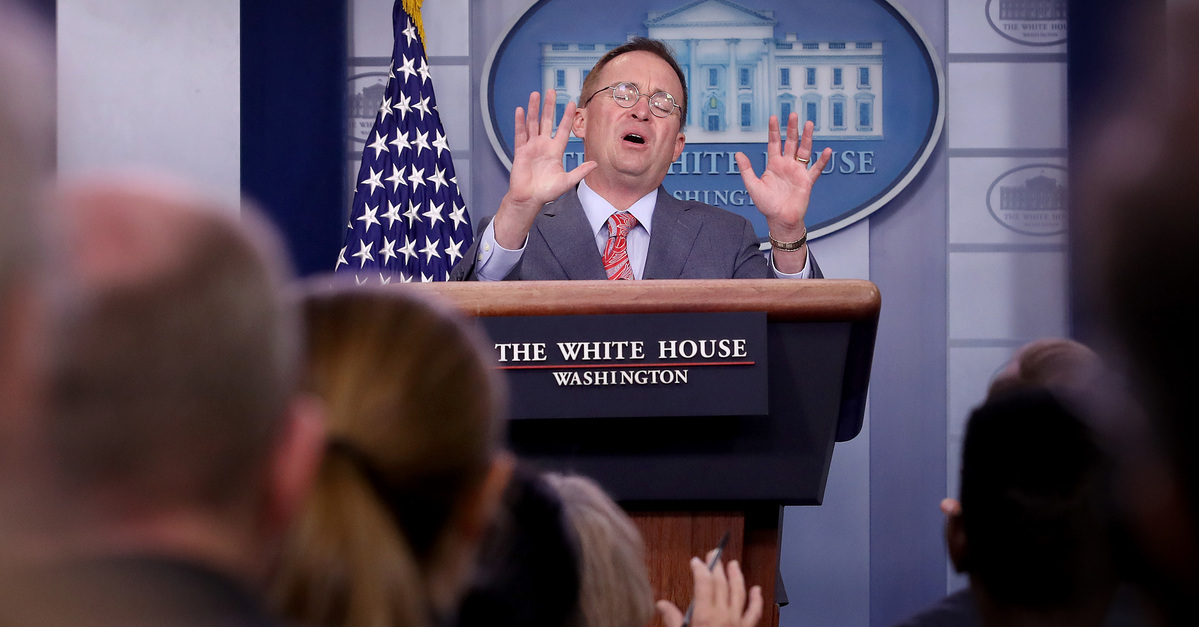 The White House’s much-pilloried attempt to host the next Group of Seven (G-7) meeting at a golf club owned by President Donald Trump has prompted calls for an independent investigation into potential ethics violations leading up to that since-abandoned effort.

On Wednesday, non-partisan government watchdog organization Citizens for Responsibility and Ethics in Washington (CREW) reiterated an earlier request for an Office of the Inspector General (OIG) inquiry into how the Trump administration may or may not have attempted to game the U.S. State Department’s official procurement processes by planning to make use of the president’s personal property as the site of an official government foreign policy confab.

“The White House’s recent announcement that Trump National Doral had been selected to host the event and its subsequent reversal of that selection raise serious concerns about the integrity of the State Department’s procurement process,” the letter continues. “The public deserves a full accounting of the process used, as well as assurances that the State Department’s procurement function has not been tainted by a President who has a personal interest in the matter and calls the Constitution’s Emoluments Clauses ‘phony.'”

The open letter is addressed to Inspector General of the Department of State Steve A. Linick. That correspondence spends ample time addressing statements made by White House chief of staff Mick Mulvaney–including an accusation that he preemptively nixed inquiries into how such internal procurement processes played out.

“Mulvaney tried to conceal information about about the procurement process,” the letter notes–citing an October 17 White House press briefing wherein Mulvaney said: “I don’t talk about how this place runs on the inside. So, if you ask us–if you want to see our paper on how we did this, the answer is: Absolutely not.”

CREW claims the most significant evidence of abuse stems from Mulvaney’s admission during that aforementioned press briefing that “President Trump had access to the list of finalists and persuaded officials to add his own Doral resort to” the list of potential locations.

A transcript of that Mulvaney briefing contains said admission:

We sat around one night. We were back in the dining room and I was going over it with a couple of our advance team. We had the list, and he goes, “What about Doral?” And it was like, “That’s not the craziest idea. It makes perfect sense.”

“In announcing the [Doral] selection, Mr. Mulvaney did share some information about the process,” CREW notes. “His remarks suggested the existence of formal source selection criteria and a written list of finalists. He indicated multiple teams visited the prospective sites, suggesting a significant number of officials were involved.”

CREW’s Senior Advisor Walter Shaub is a former White House ethics lawyer during the Obama Administration who publicly resigned from his position as then-director of the Office of Government Ethics after clashing with Mulvaney on various issues throughout early 2017.

Shaub addressed CREW’s reiterated request for OIG involvement in a Thursday column for the Washington Post.

“[Q]uestions remain about how this previously unimaginable ethical failure could have occurred, and we urgently need the kind of answers that the State Department’s inspector general can provide,” he wrote. “These answers would help us anticipate future ethical breaches and could be relevant to the ongoing impeachment inquiry, which is reportedly examining various facets of the president’s abuses of power.”

“The Doral scandal must be viewed in the context of the Ukraine scandal, which similarly represents a significant escalation of Trump’s abuse of power for private gain. That these scandals unfolded at the same time suggests the ethics crisis at the highest level of government has entered a dangerous new phase.”

Shaub also told Law&Crime via email that the American people “deserve answers,” and that it’s “up to the State Department’s Inspector General to get them for us.”

“It would be reassuring if we were to learn that the White House lied about having completed a procurement, but Mr. Mulvaney’s words were definitive and created the distinct impression that government contracting officials had signed off on a final selection,” Shaub said. “We urgently need to know how far down into the procurement system the president’s corrupting influence reached so we can be prepared to respond to his next attempt to use the presidency for his own private gain.”