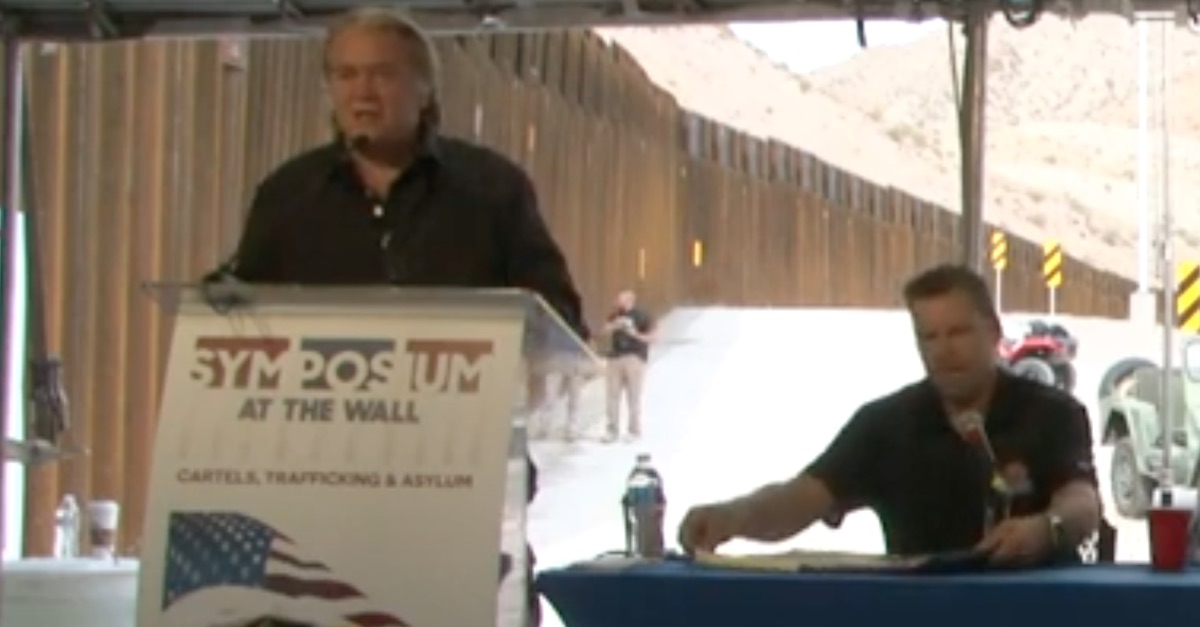 Federal prosecutors in the Southern District of New York filed a testy memo opposing an attempt by non-parties We Build the Wall and its general counsel-cum-advisory board member Kris Kobach to intervene in the criminal fraud case against Steve Bannon and Brian Kolfage. Prosecutors said Tuesday that the We Build the Wall-Kobach request to get involved in the criminal matter was legally baseless and would “seriously jeopardize” an ongoing investigation that may also implicate other people and entities.

“The non-parties’ attempt to inject themselves into this proceeding is entirely without a legal basis and should be rejected,” the filing began.

Kobach, the Republican former Kansas Secretary of State, is apparently looking to unfreeze We Build the Wall funds so he can get paid for the work he did. Kobach has attempted to do this by challenging a restraining order that “intended to safeguard funds that will be subject to forfeiture following a conviction in this case[…].

Prosecutors were not having it.

“We Build the Wall is not a defendant in this matter, and the fact that the [frozen] Accounts are in the name of We Build the Wall does not permit its intervening now,” the memorandum said. “Additionally, Kobach is neither a defendant nor the owner of the Accounts, and therefore  in this context is nothing more than an unsecured creditor with no property interest in the accounts.”

Then came the footnote revealing the financial component behind Kobach’s hoped for involvement.

We Build the Wall and Kobach, prosecutors said, launched a “strained and futile attempt to distinguish the applicable Second Circuit case law”; prosecutors said it was “telling that they have not identified as single case where a third party was permitted to challenge a restraining order” issued in like circumstances.

Bannon, the former executive chairman of Breitbart and former chief executive of President Donald Trump‘s campaign, has been charged by federal prosecutors along with three other people in an alleged money laundering scheme. Bannon allegedly used money donated for a private border wall to help fund co-defendant Brian Kolfage‘s “lavish lifestyle,” according to The Department of Justice.

“As alleged, the defendants defrauded hundreds of thousands of donors, capitalizing on their interest in funding a border wall to raise millions of dollars, under the false pretense that all of that money would be spent on construction,” Acting U.S. Attorney Audrey Strauss of the Southern District of New York said when announcing the indictment. ” While repeatedly assuring donors that Brian Kolfage, the founder and public face of We Build the Wall, would not be paid a cent, the defendants secretly schemed to pass hundreds of thousands of dollars to Kolfage, which he used to fund his lavish lifestyle. We thank the USPIS [United States Postal Inspection Service] for their partnership in investigating this case, and we remain dedicated to rooting out and prosecuting fraud wherever we find it.”

We Build The Wall was founded by Air Force vet Kolfage; Bannon is the advisory board chairman.

The indictment said that the organization “We Build the Wall” raised more than $25 million. Though the organization promised that Kolfage would “not take a penny in salary or compensation,” that “100% of the funds raised” would go towards a wall on the southern border, and that the group was “a volunteer organization,” Kolfage actually pocketed more than $350,000, the indictment said. Bannon pocketed more than $1 million, some of which he paid back to Kolfage and some of which he kept for his own personal expenses, prosecutors said.

It was alleged that the money was moved around through shell companies and sham contracts. Prosecutors also said that they have text message evidence of the deals the defendants allegedly made to enrich themselves.

Kobach, who has not been charged, once said the We Build the Wall project had President Trump’s “blessing.”

Prosecutors cited a number of reasons why Kobach and We Build the Wall should not be able to gain access to an application and affidavit contained within the sealed restraining order; those documents spell out evidence the government had to establish probable cause in the case and to freeze the We Build the Wall funds.

Prosecutors identified at least two more reasons why Kobach’s arguments should be disregarded. 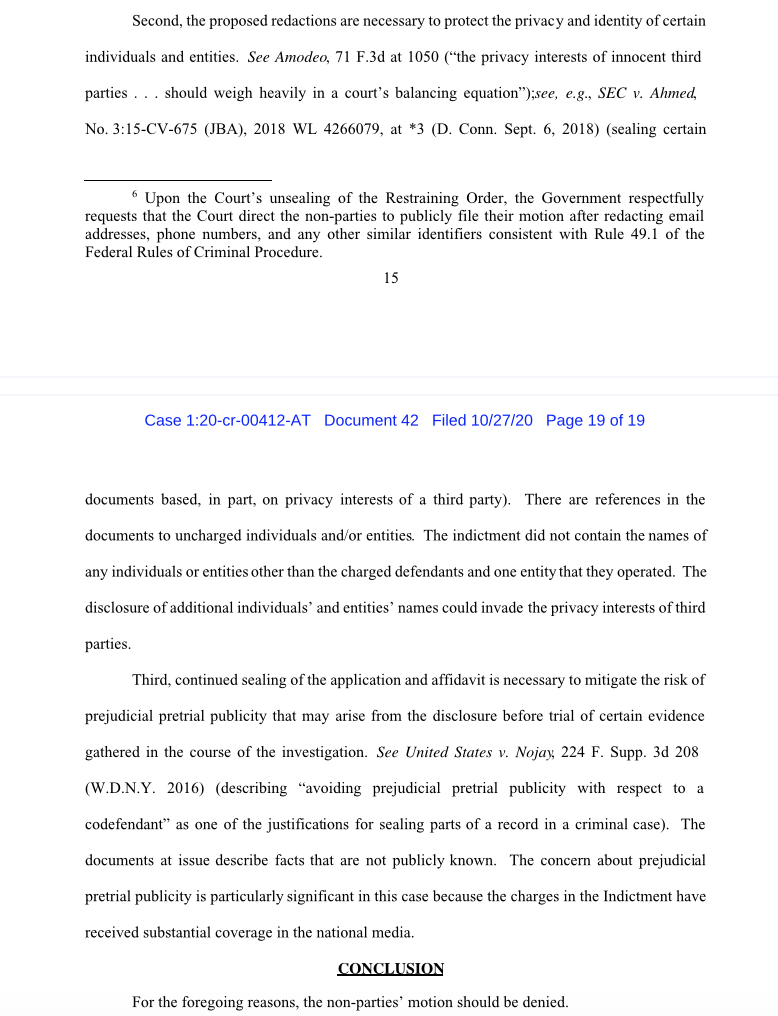 Read the latest memo below:

Alberto Luperon and Aaron Keller contributed to this report.