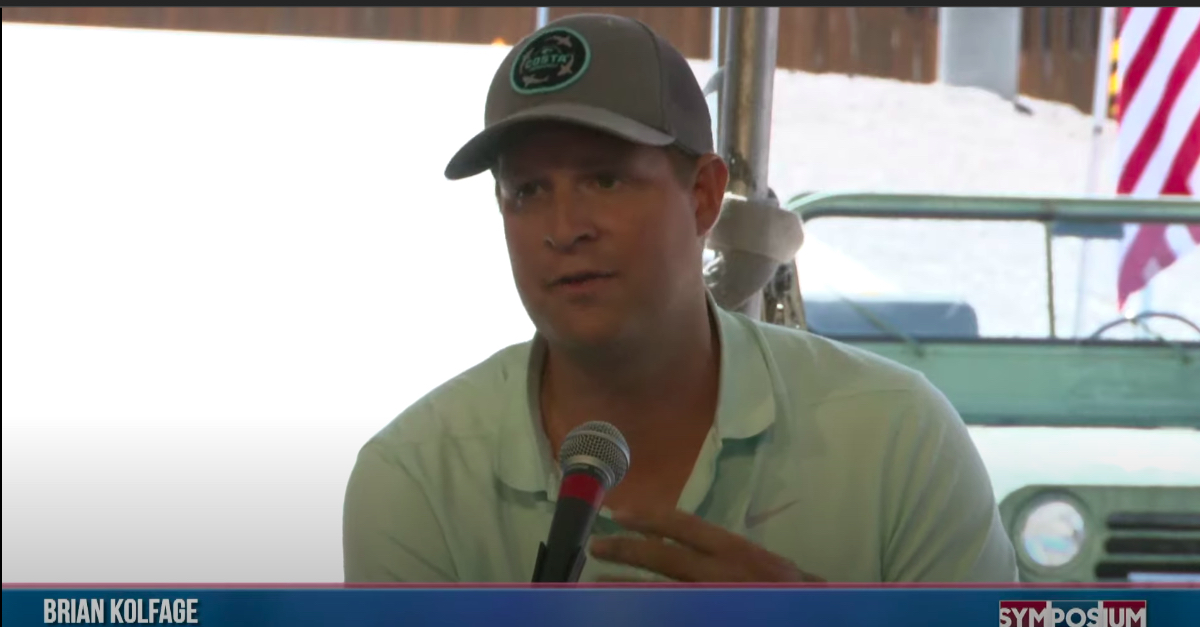 Federal prosecutors in the Southern District of New York (SDNY) on Friday called out “We Build the Wall” founder Brian Kolfage for a series of social media posts, which the government contends pose a “substantial risk” of tainting a potential jury pool. In a letter to U.S. District Judge Analisa Torres, Acting U.S. Attorney Audrey Strauss stopped short of calling for the court to place a pretrial gag order on Kolfage, but did request that the issue be addressed during Monday’s initial conference.

In the letter, prosecutors state that Kolfage has made more than a dozen extrajudicial statements on social media pertaining to his case, repeatedly describing his arrest as a “political” and a “witch hunt,” while similarly referring to himself as a “political prisoner.” Strauss noted that under court rules, a defendant is generally proscribed from making public statements if there is “a substantial likelihood that such dissemination will interfere with a fair trial or otherwise prejudice the due administration of justice.”

The government said it warned Kolfage’s attorneys earlier this week that his statements may leave him subject to a gag order. The prosecution said Kolfage has thus far “refused to refrain” from continuing publicly denounce his prosecution. The letter also included screenshots of Kolfage’s Facebook posts for the court to review.

For example, as recently as Tuesday, Kolfage called the case against him “an assault on every [We Build the Wall’s] donors’ freedom,” comparing it to New York Attorney General Letitia James’s (D) recent lawsuit threatening to dissolve the National Rifle Association (NRA).

“They want to seize your information, which many of our donors are big corporate executives. They want to target you each for political reasons. Just like we saw with the NRA, they want to know who the supporters are. They are looking to take political prisoners, and shut down any nonprofit they want for any reason. Open your eyes, this is a powerful grab by intimidation,” Kolfage wrote. “I’ve always been a vocal fighter for freedom. And if we continue to allow a weaponized judicial system to attack people for political purposes, it will be the beginning of the end for this republic.”

This case by the SDNY is an assault on every WBTW donors freedom. They want to seize your information, which many of our…

In a 23-page indictment unsealed earlier this month, prosecutors accused Kolfage, former chief strategist to the president Steve Bannon, and two other men of defrauding donors who gave money to their group for the purpose of constructing a privately built wall on the U.S. Mexican border. The group crowdfunded more than $25 million; it promised that Kolfage would “not take a penny in salary or compensation,” that “100% of the funds raised” would go towards a wall on the southern border, and that the group was “a volunteer organization.” Instead, the indictment alleged, Kolfage actually pocketed more than $350,000. Bannon allegedly pocketed more than $1 million, some of which he paid back to Kolfage and some of which he kept for his own personal expenses.  The money was moved around through shell companies and sham contracts, prosecutors said. The government also said they have text messages as evidence of the deals the defendants allegedly made to enrich themselves.

The government asked the court to “remind the parties” of the court’s rules regarding public statements during the pendency of the case, saying that continued disregard of their obligations would force prosecutors to seek a gag order.

“The Government does not seek such relief at this time,” Strauss wrote, “but it may do so if any defendant persists in making extrajudicial statements that are likely to interfere with the Court’s ability to conduct a fair trial with an impartial jury in this case.”