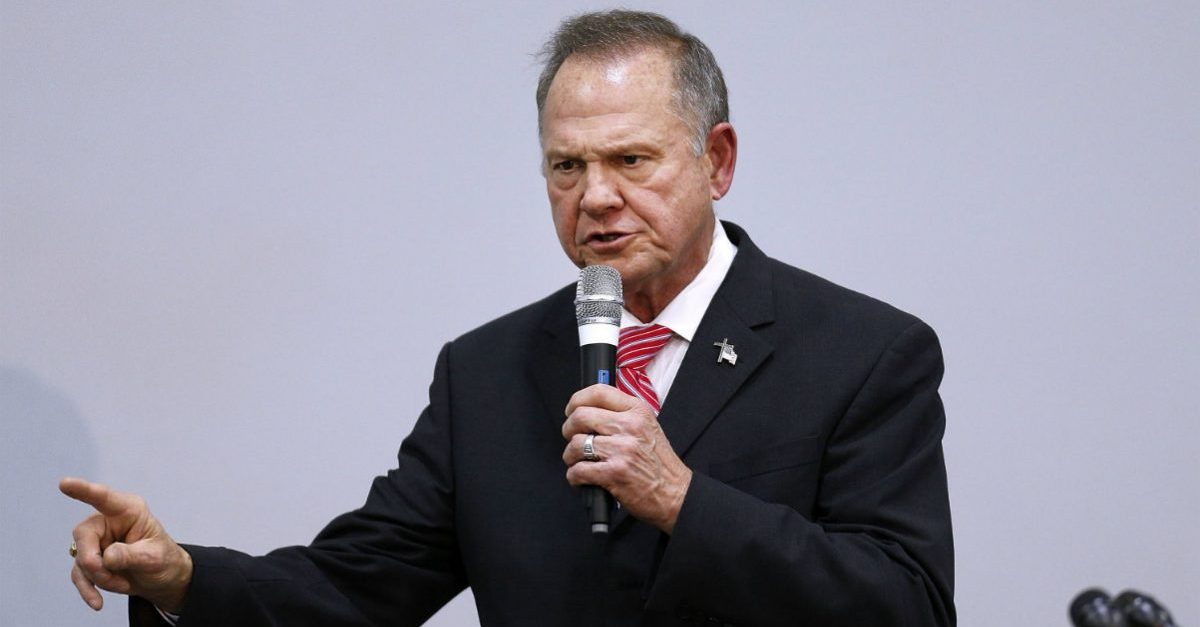 Former Alabama Senate candidate Roy Moore on Tuesday filed a $40 million defamation lawsuit against conservative news outlet The Washington Examiner for a series of articles impugning then-candidate Moore based on allegations of sexual misconduct with teenagers.

After claiming that Moore was the victim of a widespread disinformation operation funded by billionaire Red Hoffman, the lawsuit alleged that a Feb. 2019 Washington Examiner article by Tiana Lowe was “libelous and lack[ed] a factual basis.” The article referred to Moore as an “accused sexual assailant and pedophile” who was “banned from a mall because he sexually preyed on underage girls.”

Moore’s complaint appeared to falsely convey the publicly available facts and drastically misconstrue the legal threshold required to prove defamation against a public person in claiming that the story exhibited a “reckless disregard for the truth.” The Examiner story was based on more than a dozen allegations and witness statements covered by every major news outlet in the nation.

“She failed, for example, to state that the allegations were strongly denied, that Judge Moore had taken and passed a polygraph examination wherein he denied ever having relationships with either Leigh Corfman or Beverly Nelson, that a civil action against his accusers for defamation and conspiracy had been filed in state court, and omitted other factual evidence reported in the media, such as Nelson’s forgery of the yearbook that Nelson claimed Judge Moore signed,” Moore’s attorney Melissa Issak wrote, none of which is relevant to the actual defamation allegations.

As the Supreme Court ruled in New York Times v. Sullivan, public officials bringing a defamation lawsuit are required to show that the statement(s) at issue were made with “actual malice” – meaning the author knew the statement was false or made the statement with reckless disregard for the truth.

There is absolutely no requirement that the author reference any evidence that may favor the public person alleging defamation, which in this case is a series of conclusory denials issued by Moore.

Moore is seeking a total of $40 million, including $10 million for “defamation and intentional infliction of emotional distress” and another $30 million in punitive damages.

“Like the people of Alabama, I am sick and tired of ‘fake news’ by media organizations which pretend to print the truth but in reality, are politically and philosophically motivated to distort the true facts for their own ends,” Moore said in a statement Tuesday. “Unlike some who choose to suffer in silence, I have decided to fight back!”