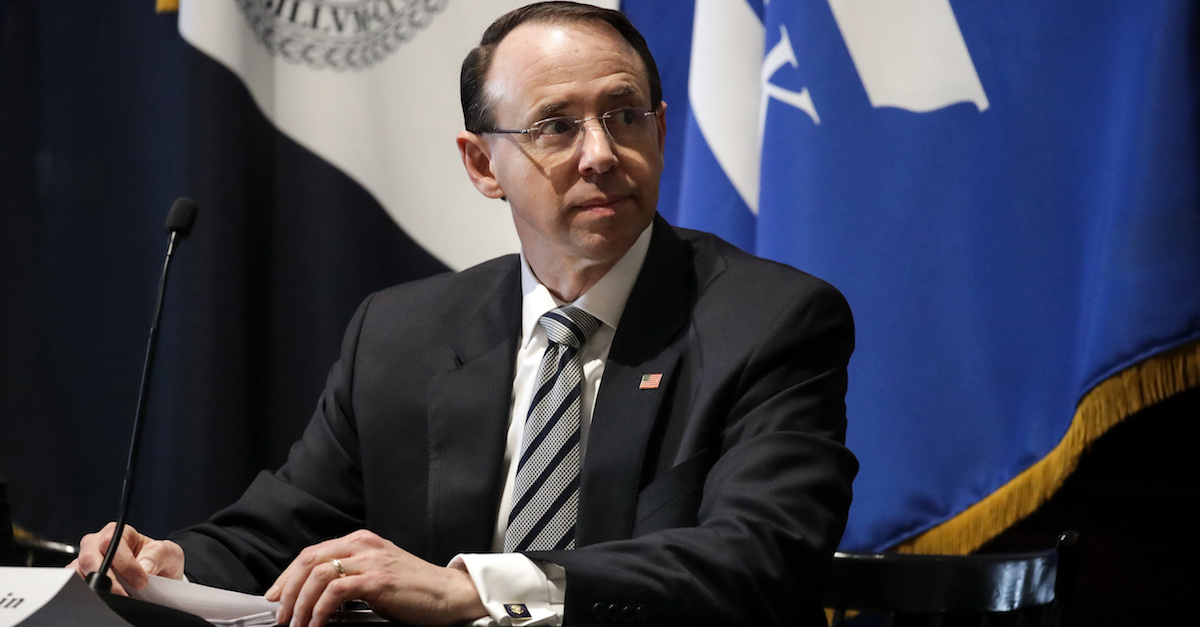 Deputy Attorney General Rod Rosenstein was the person who appointed Robert Mueller as Special Counsel in the first place, due to then-Attorney General Jeff Sessions recusal from overseeing the Russia probe. Ever since William Barr was installed as Attorney General, Rosenstein has been an increasingly invisible figure, even though he apparently agreed with Barr that the evidence “wasn’t sufficient” to allege that President Donald Trump obstructed justice.

Rosenstein said that, contrary to what critics have said, Barr has been “as forthcoming as he can” about the reductions of Mueller’s 400-page Russia report.

Barr has said that there would be redactions in four key areas: grand jury information, intel sources and methods, information on peripheral/uncharged third parties, and information that would jeopardize ongoing DOJ prosecutions. Barr said these redactions would be “color-coded” and accompanied by “explanatory notes.” He also said that the “special counsel and his staff are helping select the information in the report that falls into those [four] categories.” Barr further stated that Mueller declined to review the controversial four-page letter.

Rosenstein stated the idea that Barr is trying to be deceptive is off-base and “bizarre.”

“He’s being as forthcoming as he can, and so this notion that he’s trying to mislead people, I think is just completely bizarre,” he said.

Rosenstein also said Americans should have “tremendous confidence” in Barr.

Notably, Rosenstein didn’t comment about Barr suggesting that there may have been “unauthorized surveillance” of the Trump campaign in 2016. Barr clarified that he didn’t have evidence of that and wasn’t stating as fact that it happened.

Rosenstein is expected to depart the DOJ soon.