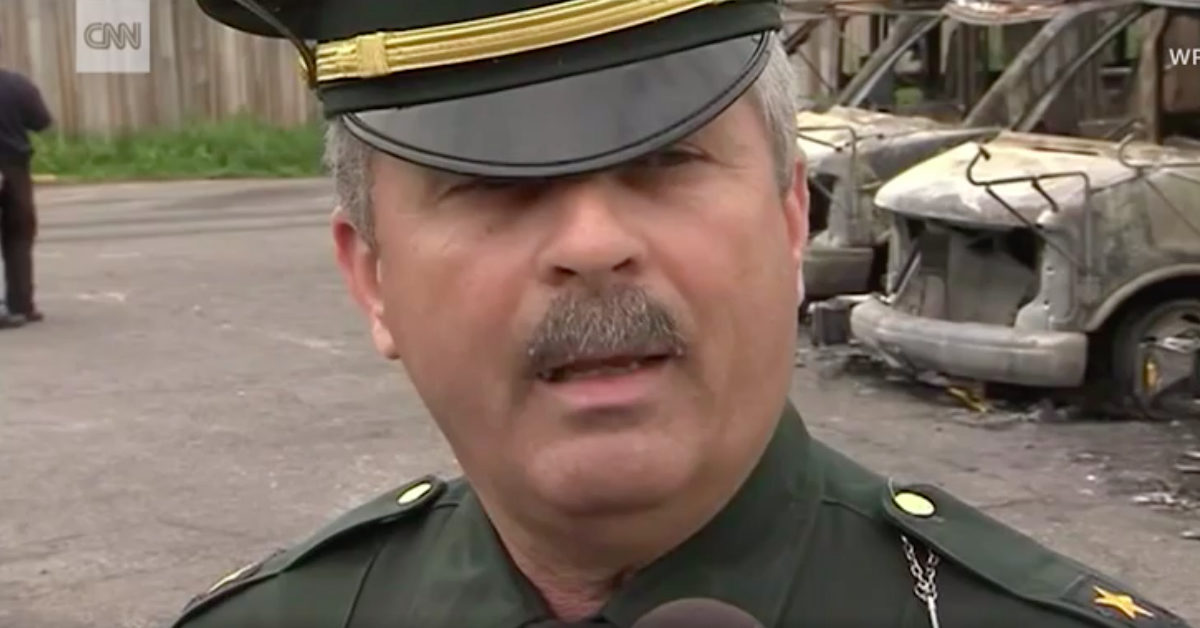 A former New Jersey police chief currently on trial for an alleged hate crime assault on a black teenager, reportedly referred to President Donald Trump as “the last hope for white people,” prior to the 2016 presidential election.

Frank Nucera Jr., 62, the former police chief of Bordentown Township was caught making several hateful remarks aimed at minorities on a recording made by a fellow officer in 2016, according to NJ.com.

“I’m telling you, you know what, Donald Trump is the last hope for white people, cause Hillary will give it to all the minorities to get a vote,” Nucera said, according to a transcript displayed at trial this week. “That’s the truth! I’m telling you.”

Nucera is currently facing federal charges for committing a hate crime and lying to the FBI after he allegedly slammed the head of Timothy Stroye, a handcufed black teenager, into a door jamb and refused to proved a motive for his conduct, according to the The New York Post.

Sgt. Nathan Roohr, the K-9 officer who made the recording and is widely considered to be the prosecution’s star witness, testified Wednesday that Nucera grabbed the teen’s head “like a basketball” before slamming it into a metal doorjamb at a hotel.

Roohr testified that the impact “made a loud thud,” Roohr, according to the Philadelphia Inquirer.

“Frank Nucera lunged his hand forward, grabbed Mr. Stroye, the side of his head like a basketball, and slammed it into the metal doorjamb as he entered the doorway,” Roohr said.

“I immediately knew it was wrong. I knew I had an obligation to report it. This was an obvious excessive force,” he added about the attack on the teen, who had allegedly not paid his bill at a local Ramada Inn.

“I’ll tell you what, it’s gonna get to the point where I could shoot one of these [expletive],” Nucera said about Stroye’s girlfriend’s aunt, who begged the officers manhandling him to be gentle.

Roohr also quoted Nuncera as saying ““These [N-word] are like ISIS, they have no value. They should line them all up and mow ’em down,” and “I’d like to be on the firing line, I could do it.”