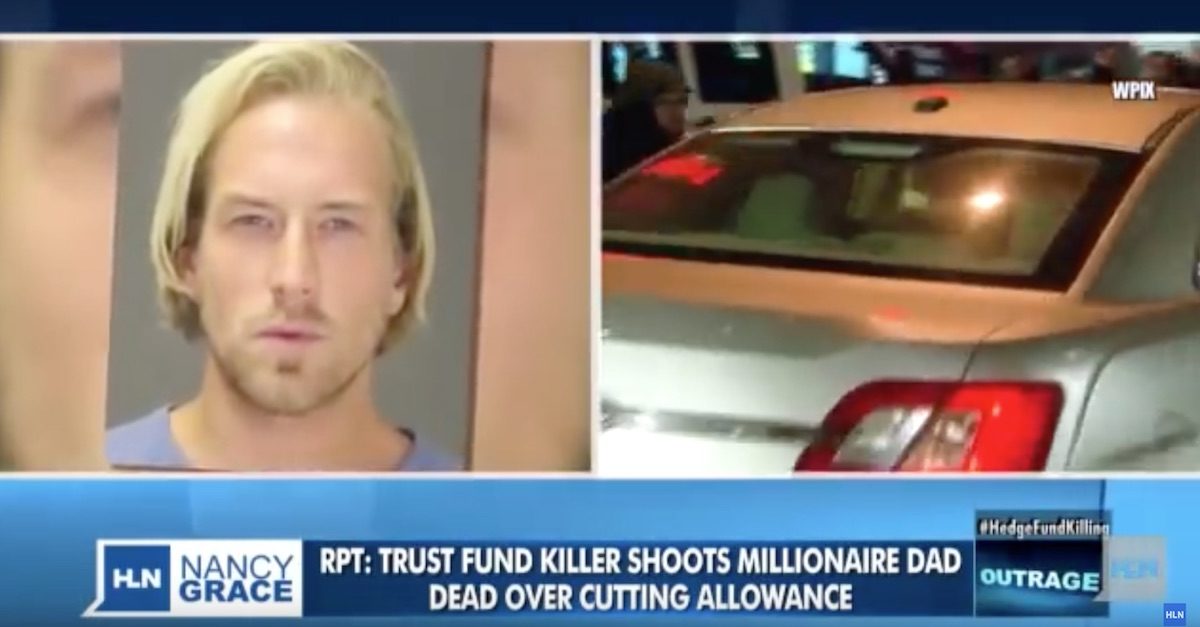 Thomas Gilbert Jr., 34, the Princeton University graduate found guilty of murdering his father after the hedge-fund millionaire decreased his allowance by $100 was sentenced to 30 years to life in prison Friday.

Gilbert’s lawyers argued that he was insane at the time of the shooting and should be institutionalized in a mental health facility instead of sentenced to prison.

New York City Supervising Criminal Court Judge Melissa Jackson acknowledged the Gilbert’s known “mental issues” during Friday’s sentencing, but said that was no excuse for shooting his 70-year-old father, Thomas Gilbert Sr., in the head in 2015, according to the New York Times.

The Times noted that under New York State law, a judge can determine that a defendant who has exhibited symptoms of mental illness is still fit to stand trial if the defendant is deemed by mental health experts to clearly understands the charges and court proceedings.

As reported by Law&Crime in June, Judge Jackson previously ordered Gilbert to be hauled out of the courtroom after persistently interrupted the proceedings, randomly yelling “objection” numerous times and making other requests on the fly. Gilbert also reportedly stared a jurors and said, “I’d like to ask to suppress the evidence.”

“We were once a very happy family and want to be happy again,” Shelley Gilbert said reading from her victim’s impact statement in Manhattan Supreme Court.

“We need Tommy to be given as light a sentence as possible. I ask that you give him a chance and give him hope for his future, not just for him, but for us as well. I know if my husband was speaking from heaven, he would be saying the same thing as well.”

However, Jackson appeared to find the prosecution’s take on the consequences Gilbert should face more convincing.

Craig Ortner, the lead prosecutor in the case, described Gilbert as a “sociopath,” arguing that he killed his father in cold blood. “He wanted his father dead and so he devised a plan to murder him,” Ortner said.

In his closing argument, Ortner said that by murdering his father, Gilbert threw “the ultimate tantrum.”

Gilbert’s attorney said they planned to appeal the sentence.