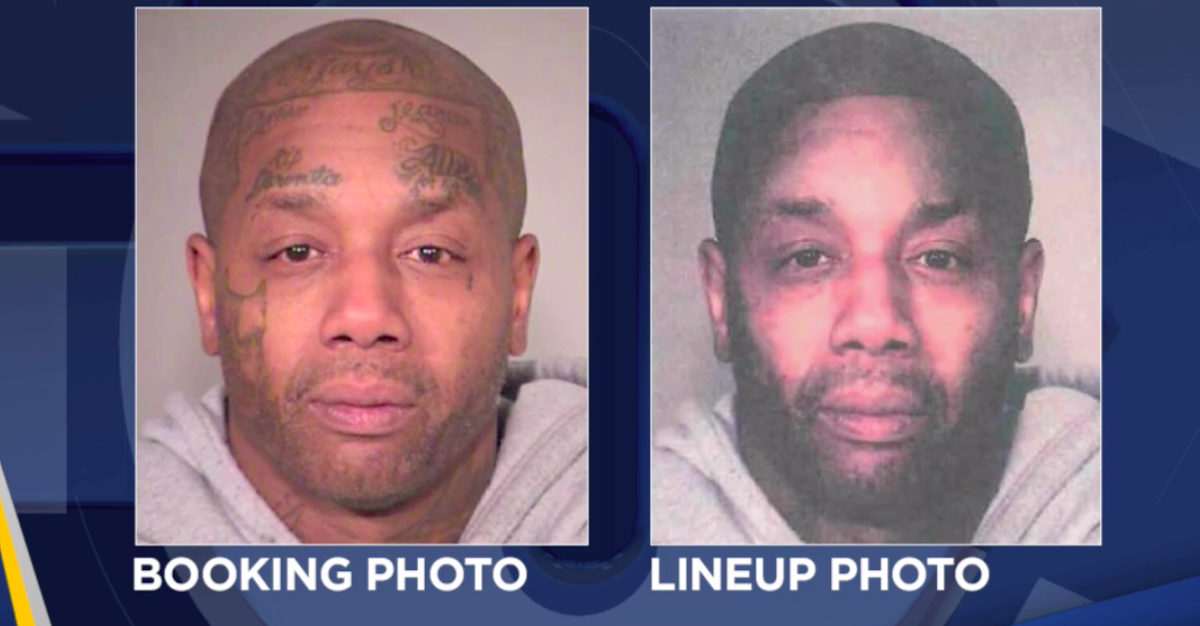 A federal court in Oregon is evaluating whether Portland police violated the rights of a bank robbery suspect by digitally removing the man’s face tattoos from his mugshot and using the altered image in a photo lineup. The question before the court is whether the photo constitutes fabricated evidence.

Police in Portland, Oregon were investigating a string of 2017 robberies at four banks when they used digitally erased Tyrone Lamont Allen’s facial tattoos, then showed the altered image to bank tellers who had been robbed at gunpoint.

Witnesses only described the culprit as wearing a baseball-style hat and sunglasses.  None of the bank tellers reported seeing facial tattoos on the man who robbed them at gunpoint, according to a report from The Oregonian.

“I basically painted over the tattoos,’’ police forensic criminalist Mark Weber admitted during his testimony. “Almost like applying electronic makeup.’’

“The whole idea was to make Mr. Allen blend in so his photo wouldn’t stand out’’ in the lineup, Maloney said.

Maloney argued that police changed Allen’s picture so that it would emulate the disguise worn by Allen when he committed the robberies.

“These procedures were prudent. They were appropriate,” Maloney told the court.

Allen’s Defense attorney, Mark Ahlemeyer, pressed Judge Hernandez to throw out any positive witness identifications of Allen based on what he called “fabricated evidence” involving the altered photos.  Ahlemeyer argued that police intentionally changed his client’s appearance to align with the witness descriptions of the bank robber.

“This is a very, very slippery slope given the advent of technology,’’ Ahlemeyer said.  “We don’t know where this may end.’’

Court documents revealed that authorities received a tip that Allen may be the person they were looking for after someone saw surveillance pictures of the robbery on KPTV-TV.  From there, investigators pulled a mug shot of Allen and altered it.  The Portland Police Department defended the investigatory tactic in an email to the TV station.

“In this specific circumstance, statements and descriptions from the victims were compared with the information available to the investigators and the decision was made to have the tattoos covered up with “digital makeup” in order to help prevent misidentifying the suspect. No other alterations were made to the structure or appearance of the suspect’s face in regards to the lineup. Again, the bureau does not create suggestive lineups,” a spokesperson for the department wrote.

In an interview with the Oregonian, Temple University law professor and eyewitness testimony expert Jules Epstein said it was the most unconstitutionally suggestive line-up tactic he had seen in his 40 years of experience.

“It’s unbelievable to me that police would ignore the fact that no teller has described a person with glaring tattoos and make this man into a possible suspect by covering them up,” Epstein said. “They’re increasing the risk of mistaken identity.’’

[Image via screen grab from KPTV-TV/FOX 12.]