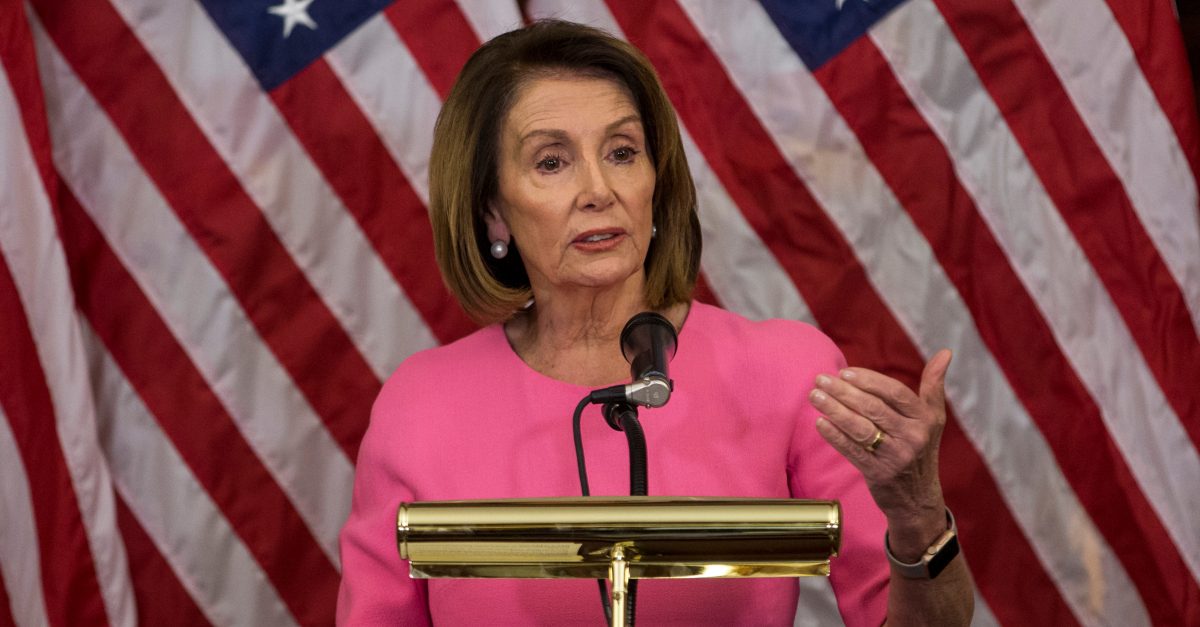 House Speaker Nancy Pelosi on Wednesday said the House Judiciary Committee will file a complaint in federal court before the day’s end aimed to compel former White House Counsel Donald McGahn to testify about his interactions with President Donald Trump. The announcement comes just days after a majority of Democratic House members came out publicly in favor of impeaching the president.

In her letter to House Democrats, first reported by Politico’s Andrew Desiderio, Pelosi said the committee was filing the lawsuit to enforce the subpoena against McGahn as part of its investigation into the President and his associates.

“On the litigation front, Chairman Jerry Nadler will file a complaint in court today to enforce a subpoena to compel former White House Counsel Don McGahn to testify before the Committee as part of its investigation into obstruction, corruption and abuse of power by President Donald Trump and his associates,” Pelosi wrote.

She also noted that the lawsuit comes on the heels of Chairman Nadler’s request for grand jury testimony obtained as part of former special counsel Robert Mueller’s investigation into Russian election meddling.

“This follows the significant step taken last week when Chairman Jerry Nadler filed a petition to obtain the grand jury testimony underlying the Mueller report, for the House to ‘have access to all the relevant facts and consider whether to exercise its full Article I powers, including a constitutional power of the utmost gravity – approval of articles of impeachment.”

Pelosi concluded her letter with a powerful statement that many believe indicates a softening of her stance against beginning impeachment proceedings.  “No one is above the law,” she reiterated.

Attorneys at the White House and Department of Justice have consistently blocked House Democrats from hearing the testimony of several former senior administration officials by broadly asserting their “immunity” from discussing matters related to the President.

Pelosi’s letter does not address the issue of attorney-client privilege.