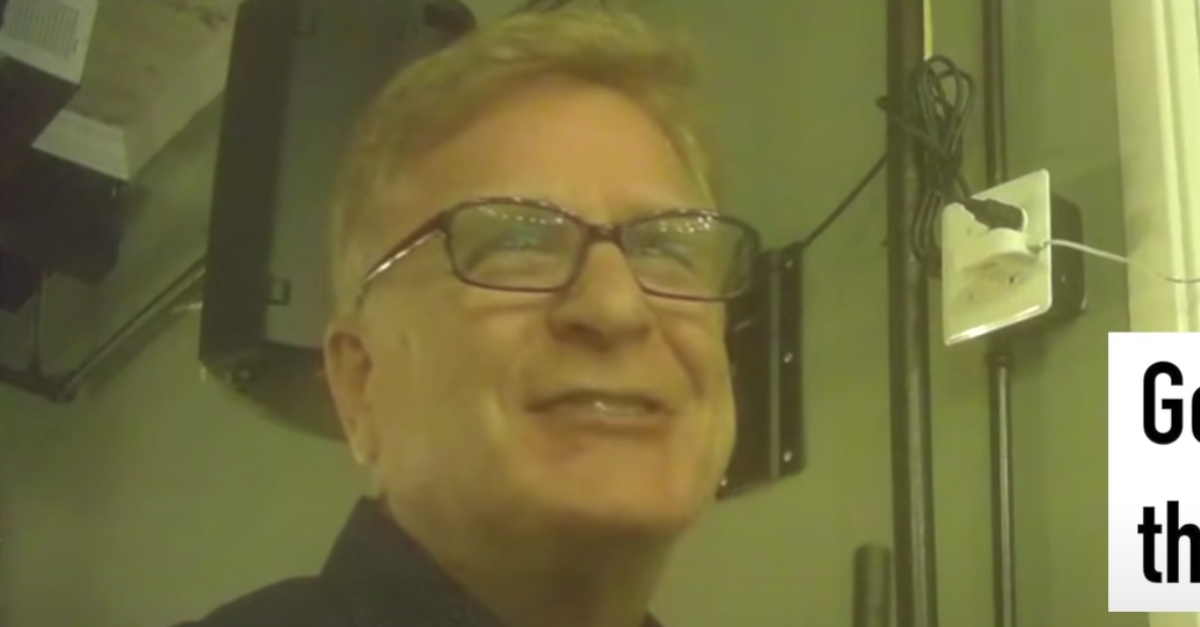 A mid-level attorney for the Public Broadcasting Service (PBS) resigned on Tuesday after a right-wing outfit surreptitiously recorded him describing President Donald Trump as “close to Hitler” and, in other heavily edited footage spliced by a group known for it, appeared to advocate for forcefully placing the children of Republican voters in “re-education camps.”

Project Veritas, whose top operative James O’Keefe has faced criminal and civil hot water for previous secret-taping stunts, released the video on Tuesday. PBS did not immediately respond to questions about whether the network would conduct an investigation to see whether any context had been stripped from their ex-counsel’s remarks, given O’Keefe’s record.

Michael Beller, a contract attorney in the non-profit organization’s general counsel office, was caught on tape as part of a “sting operation” by Project Veritas. On a self-anointed to mission to “expose liberal bias” by secretly filming conversations with people associated with the mainstream media organizations and Democratic politicians, the group has a long history of releasing selectively edited and heavily manipulated videos that purport to show illegal or biased conduct.

Despite Project Veritas’s track record, Beller’s statements in the clip appear to be pretty straightforward and indefensible, although the background noise renders portions of the video difficult to hear.

“Even if Biden wins, we go for all the Republican voters, and Homeland Security will take their children away. What do you think about that,” Beller says as an unidentified woman—presumably the one filming the conversation—can be heard laughing. “And we’ll put them into reeducation camps,” he adds, referring to the children of Republican voters.

In another clip, the woman—apparently posing as a supporter of President-elect Joe Biden—asks, “What are you going to do if we don’t win [the 2020 presidential election]?” Beller laughs again and responds, “Go to the White House and throw Molotov cocktails.”

PBS issued a statement on its Facebook and Twitter accounts saying the organization and Beller had parted ways.

“This employee no longer works for PBS. As a mid-level staff attorney, he did not speak on behalf of our organization, nor did he make any editorial decisions,” the statement said. “There is no place for hateful rhetoric at PBS, and this individual’s views in no way reflect our values or opinions. We strongly condemn violence and will continue to do what we have done for 50 years – use our national platform and local presence to strengthen communities and bring people together.”

PBS response to Project Veritas: "This employee no longer works for PBS. As a mid-level staff attorney, he did not speak on behalf of our organization, nor did he make any editorial decisions…” (1/3)

“We strongly condemn violence and will continue to do what we have done for 50 years – use our national platform and local presence to strengthen communities and bring people together." (3/3)