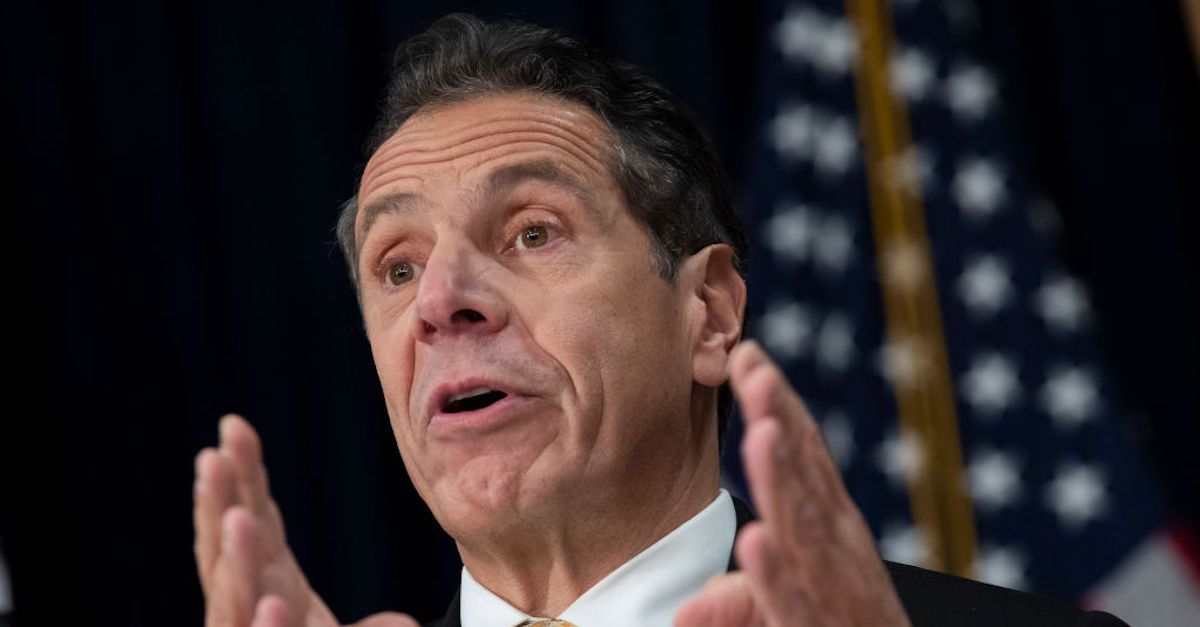 “The bill,” says Cuomo, “gives Congress the ability to fulfill its Constitutional responsibilities to strengthen our democratic system and ensure that no one is above the law. Tax secrecy is paramount — the exception being for bona fide investigative and law enforcement purposes.”

The tax bill was passed a few weeks ago by the Democratically-controlled state legislature and allows the commissioner of the state Department of Taxation to release state tax returns for those in federal, state, or local elections. It can also be used to reveal entities candidates have control of or a large stake in. In a lot of ways, this bill is a boon for transparency and ethical governance, holding potential lawmakers and public officials accountable for their investments and ensuring they pay their fair share.

Still, House Ways and Means Chairman Richard Neal (D-Mass.), is not inclined to use it, as he believes the bill may hurt the Democrats’ chances of obtaining Trump’s federal returns–returns that Neal recently sued the IRS and Treasury Department for access to. For him, this bill represents the easy way out, or in state Sen. Brad Hoylman‘s (D) words, “a constitutional escape hatch should they not want to wait for the federal court case and its appeals process to be finalized.”

Many Republicans, some in the New York state legislature, view this move by Cuomo as a political attack on the president, rather than a bill sponsored out of a desire to do good. Cuomo has said before that New York has a “unique role and responsibility in this constitutional showdown between Congress and the president.”

House Judiciary Committee Chairman Rep. Jerrold Nadler (D-N.Y.) has made reference to the bill in the past, calling it a “workaround to a White House that continues to obstruct and stonewall the legitimate oversight work of Congress.”