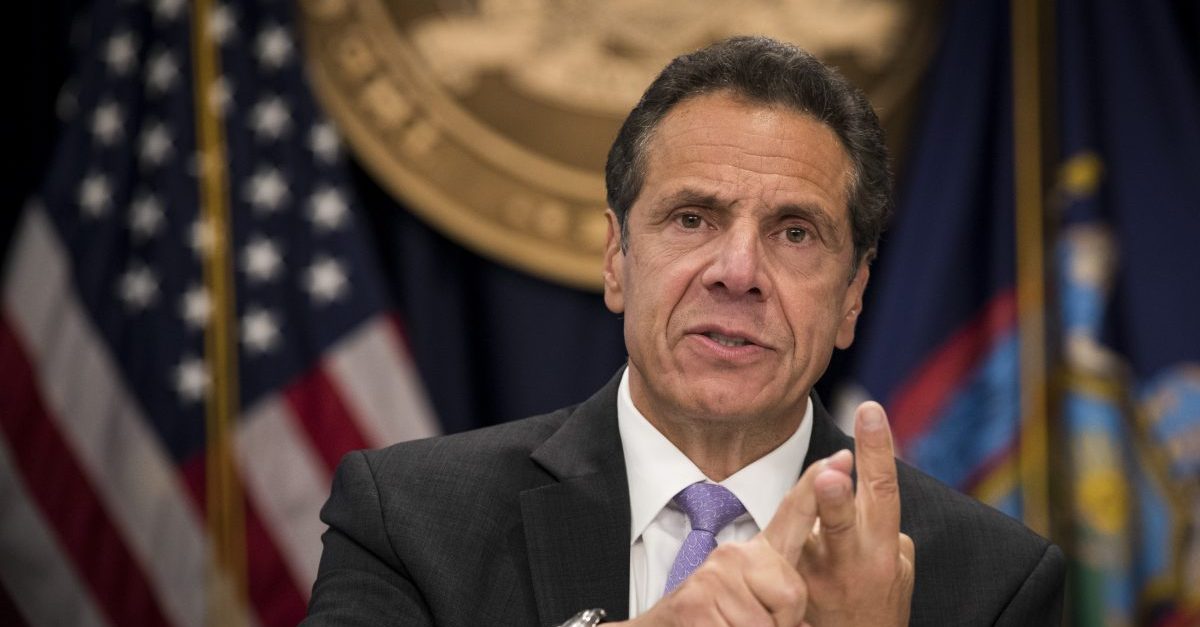 New York Gov. Andrew Cuomo (D) was apparently upset about anti-Italian racism and so he quoted the N-word Tuesday during an interview on WAMC to make a point or something, radio listeners report.

You can hear Cuomo say this starting at around the 18:30 mark. He prefaces it by saying “pardon my language” and then says “n****r wops.” 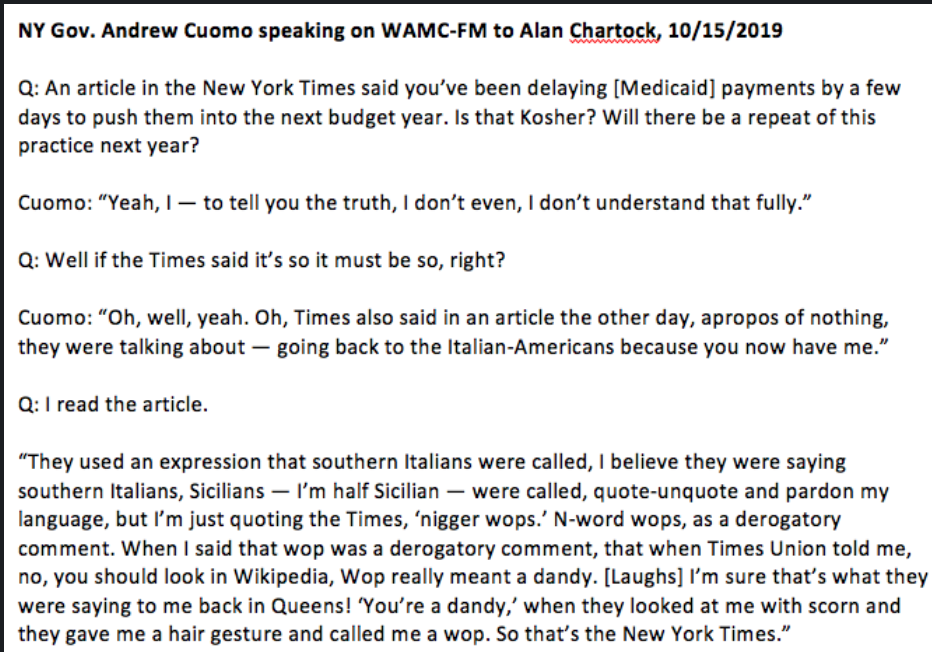 Twitter users were quick to notice that the Democratic Governor of New York was saying the N-word on the airwaves.

He was quoting something else, to be clear, but … yeah.

returning to discussion of anti-Italian bias, Cuomo quoted from this NYT column and said the n-word over the radio, before then saying "the n-word" in repeating the point https://t.co/ECrhMyYUEY

Cuomo referenced an anti-Sicilian slur that a New York Times op-ed drew attention to on Saturday.

The relevant portion of the Times op-ed:

Racist dogma about Southern Italians found fertile soil in the United States. As the historian Jennifer Guglielmo writes, the newcomers encountered waves of books, magazines and newspapers that “bombarded Americans with images of Italians as racially suspect.” They were sometimes shut out of schools, movie houses and labor unions, or consigned to church pews set aside for black people. They were described in the press as “swarthy,” “kinky haired” members of a criminal race and derided in the streets with epithets like “dago,” “guinea” — a term of derision applied to enslaved Africans and their descendants — and more familiarly racist insults like “white nigger” and “nigger wop.”